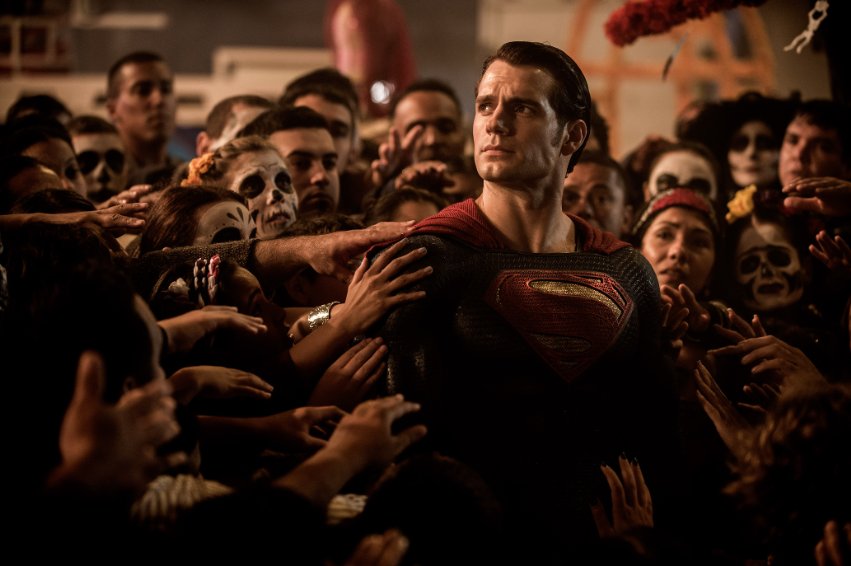 Two iconic superheroes appeal to the public in this prologue to the upcoming Justice League movie.

“Batman v Superman: Dawn of Justice” features a very distinctive treatment from Zach Snyder, director of “300” and “Man of Steel.” He directs the film as if it was intended to be a dark epic, but also as a two-and-a-half-hour prologue to the upcoming Justice League movie.

The movie aims for, and at some points did reach, the grand nature of Christopher Nolan’s “The Dark Knight,” but could not always maintain this focus and substance. The result is an emotionally confused—although strikingly beautiful—film that shows off its short attention span and bulges with an overambitious scope, but redeems itself periodically with brief intense moments of character development and dream-come-true fight scenes.

What struck me is Snyder’s bold strategy of departing from the comic books just enough to fully create his own universe. Instead of simply following established expectations surrounding these heroes, Snyder uses iconic superhero legends as loose molds to develop the characters the way he envisions their interactions with each other and our current society. As a result, he shows audiences the very gritty manner in which these heroes would exist in a world wracked by fear, terror and manipulation. This makes “Batman v Superman” even more politically relevant than it appears to be at face value.

The re-depiction of the destructive events of “Man of Steel” from Bruce Wayne’s point of view brings to mind the 9/11 terrorist attacks, and leaves a seasoned Batman (Ben Affleck) and political figures like Senator Finch (Holly Hunter) distrustful of the newly-minted Superman (Henry Cavill) two years later. They see a rookie superhero with unknown intentions and a possible capacity for human annihilation. Despite this need for Cavill’s Superman to realistically confront the political implications of his existence and actions through constantly trying to save Lois Lane (Amy Adams), however, he is limited by the script to scowling, pondering his conscience and reluctantly yielding to his boss, Daily Planet Editor Perry White (Laurence Fishburne) and the powerful Lex Luther (Jesse Eisenberg).

Affleck’s Batman fares better: His insanely physical depiction exists on a new level of vigilante justice unseen in previous film incarnations with the branding of criminals and the occasional wielding of firearms. Affleck’s seamless and yet nuanced transitions between Bruce Wayne and Batman—in and out of costume—bluntly illustrate the severely tortured and obsessive nature of Gotham’s dark knight, squashing all initial qualms about Affleck’s casting.

The unintended star of the movie is Lex Luthor, who will crush the competition for this year’s best villain. Taking clear cues from Heath Ledger’s Joker in “The Dark Knight,” Eisenberg is almost as tortured as Affleck is in this film, slowly cracking open to reveal Luthor’s maniacal personality through his well-planned and elegant attempts to destroy Superman politically, mentally and physically. As for Wonder Woman, her part in the film is small and sporadic, but Gal Gadot does the character justice by presenting a worthy introduction to an experienced and enigmatic superhero who still struggles with her role as a crime-fighter in today’s world.

Despite its impressive showing of this ensemble cast and legion of superheroes, “Batman v Superman” feels too bloated at times to keep itself on track. Snyder’s inclusion and development of characters like Lois Lane, Wonder Woman, Alfred Pennyworth (Jeremy Irons) and others is crucial to the growth of the film’s namesake heroes as well as future films in the franchise, but also ends up taking screen time from what could have been an even more substantial exploration of the dynamic between Batman and Superman.

Nevertheless, when the film does focus on enriching either Batman, Superman or their relationship, the result is nothing short of glorious—especially when it happens during majestic fight scenes that are, for the first time, exactly what fans have been waiting for.

“Batman v Superman: Dawn of Justice” is an imposing piece of visual art that asks all the right questions, but does not answer them fully due to its position as the dawn of a franchise. Hopefully we’ll get to see a more complete work in the form of “Justice League: Part One.”