Battle for the Obelisk brings rival Tartans to town 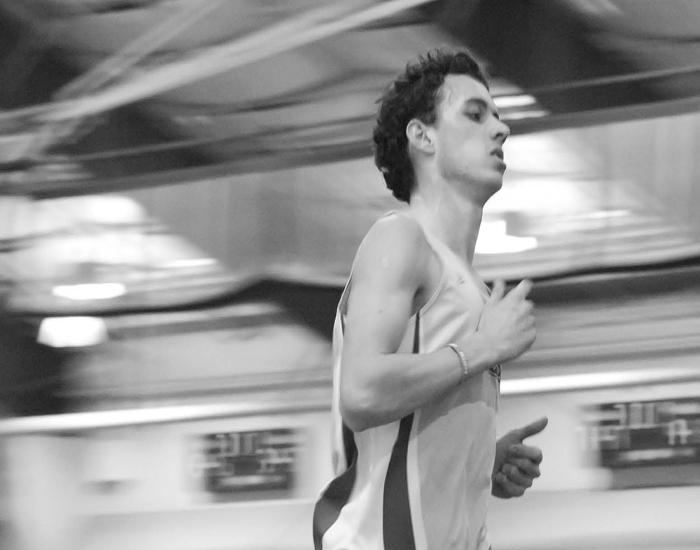 The 2012 Battle for the Obelisk by the Case Western Reserve University and Carnegie Mellon University track and field teams will be fueled with competitive fire from the UAA rivals, after Carnegie Mellon brought home the obelisk in 2011 with a one-point victory in the combined score. The Case women won their side 79-47 while the Tartan men won the men’s side 80-47, giving the Tartans a 127-126 win.

The women return junior jumper Jenna Pansky, who tied for first in the high jump and finished fourth in the long jump.

Junior Clara Fitzpatrick will try to defend her title in the pole vault after tying the Tartans’ Lisa Garcia with a height of 2.43 meters.

Juniors Corin Bowen and Brook Simpson will take over distance duties after last year’s one-mile run winner Cindy Spahn graduated. Simpson finished third in a time of 5:28.63. Bowin came in fourth with a time of 5:31.64, and junior Thea Emmons finished fifth in 5:41.94.

Relays will once again play a large role in the Spartan women’s fate as they show off their depth. The women’s 4×400 meter relay won last year by over three seconds and will return three of its four runners. Stanard is joined by sophomore Gavriella Pora and junior Alyssa Harker, who ran a 4:13.39 split with now-alum Kaitlin Fanning. The women’s distance medley will have some work to do, since the Spartans held off the Tartans in one of the closest races of the day, winning by a .07 second margin. Simpson is the only returning member of that relay. Fortunately, the Tartans graduated their entire distance relay and will be fielding a new squad.

The Spartan jumpers will be lucky in that two of the top Tartan jumpers have graduated. Tartans Essien Ohues and Barnik Saha, since graduated, swept the high and long jumps, going 1-2-3 and 1-2, respectively. Sophomores Toby Kilroy and Andrew Barnhart are the top returning jumpers for the Spartans; they tied for fourth in the high jump with jumps of 1.65 meters. Barnhart was third in the long jump with 6.17 meters and Kilroy finished with 5.01 meters. Barnhart was also third in the triple jump with a total of 12.06 meters.

The men’s throwers will still have to contend the top two Tartans from last year as Zachary Erra-Hernandez and Nathan Cheek both return. Erra-Hernandez finished first in the shot put with a throw of 13.75 meters and sixth in the weight throw with 12.34 meters. Cheek had a pair of second places, throwing 13.40 meters in the shot put and 15.14 meters in the weight throw.

Sophomore Harry Weintraub won the weight throw last year with a distance of 15.68 meters. Senior Eben Via was third with a toss of 13.90 meters and Stephen Evankovich fourth with 13.31 meters. Evankovich was also fourth in the shot put with 11.99 meters, and sophomore David Leishman was third with a shot put of 12.33 meters.

Juniors Nick Errico and Arjun Sharma are the go-to pole vaulters for Case. They tied last year at 3.81 meters behind Carnegie Mellon’s own Dan Vardena Rivero, who finished first with 3.96 meters.

Senior Matt Jurcak looks to defend his title in the 55-meter dash and hurdles, where he placed first in 6.75 and 7.78 seconds. Classmate Nick Nelson came in third in the hurdles in 8.17 seconds, .03 behind Tartan junior Daniel Ching.

Junior Chris Kelly returns as the Spartans’ top one-miler. Kelly finished first in 4:27.15. The top Tartan is senior Rob Morhard, who finished in 4:29.07 last time. Kelly also finished second in the 800-meter run in 1:38.71. This year Kelly and fifth place Drew Applebaum won’t have to worry about last year’s first and fourth place finishers, Nate Bussiere and James Allen, both graduated for the Tartans.

The relays proved a tough matchup for Case last year. Carnegie Mellon cruised to an easy victory in the 4×400 meter relay while the Spartans won a close distance medley. Just Ben Nealy returns from the Tartan squad that beat Jim Mather, Ty Shaffer, Michael Perisa, and the now-graduated Brett Beaugureau. Perisa and Mather joined Kelly and the graduated Mark Grogan to win the distance medley in 10:23.90, ahead of the Tartan relay that will return just Nealy to the roster this year.