Battle of the Bands kicks off the road to Springfest 2021

Phoebe Bridgers will headline along with student bands 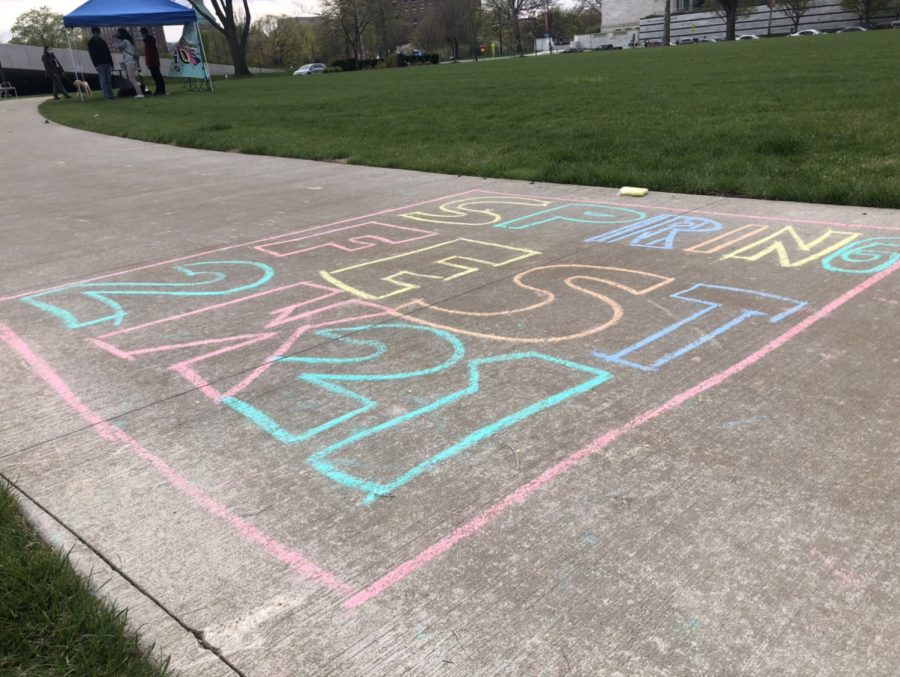 With the conclusion of the Battle of the Bands, Springfest is on its way.

Yes, after being cancelled last year due to the beginning of the COVID-19 pandemic, the campus-favorite concert event is almost upon us once more. Now, the Universal Program Board’s (UPB) Springfest Committee is on the job to make this year’s Springfest unlike any before.

A group of 17 people, the committee is split into three different subteams––concerts, attractions and marketing––all of whom work together to make Battle of the Bands and Springfest a reality, and those partaking might notice a few differences this year.

“Battle of the Bands has been very changed in recent years. Three years ago we used to always have it at a former restaurant, Happy Dog, before we moved it to Jolly Scholar … Obviously that didn’t work out this year due to COVID-19,” explained third-year student and Director of the Springfest Committee Kat Walcott. “Traditionally, it was one night, usually a few hours of just back-to-back band performances.”

This year, the group prioritized making the event as accessible as possible for students on and off campus, those around the world and even those across time zones. The pre-Springfest event was entirely digital, with a playlist of band performance videos placed on YouTube for students to vote on via Google Forms over the course of a week. Recording occurred in the Tinkham Veale Ballroom over the course of two days, with the room aired out in between bands and strict accounting of how many people were allowed to take off masks during their performance.

From April 11 to April 17, students were able to vote between 11 different bands, then the top six acts are being given the opportunity to perform at Springfest. Some bands, such as F A I R M O U N T  B L V D and Penguins on the Beach are regulars, but new bands are always there as contenders. Over the course of the week, the videos of the performances accrued more than 3,900 views and hundreds of votes were submitted, making this one of the most popular events of the COVID era. To make sure viewers were paying attention to the performances, the videos had posters inserted featuring themed characters such as Pac-Man or Space Invaders, alluding to a future theme reveal.

When the last day of voting arrived on April 17, the Springfest Committee held their “Theme Drop” and artist reveal event on East Bell Commons, where they discussed what this year’s Springfest would look like. Featuring a “90’s/arcade” theme, classic video game characters dominated the atmosphere and merchandise. Handing out donuts, themed t-shirts and stickers, the event had goodies for all attendees. The finale was a puzzle challenge where event-goers could piece together a Spotify scannable barcode to reveal who the headliner for Springfest would be.

“With each year’s themed Springfest, there are a bunch of attractions that come in based off that theme such as games, activities and such,” first-year student and marketing team leader Neel Agarwal said. “Every Springfest has a headliner––along with student bands––so we wanted to create a big hype around it and a friendly competition over who could figure it out.”

With past headliners including Sage the Gemini and Echosmith, expectations were high, and they were surpassed with Grammy-nominated indie rock musician Phoebe Bridgers announced as this year’s headliner. Alongside her, Battle of the Bands winners F A I R M O U N T  B L V D and Smuthe, as well as runners up Clementines, ASIR, Penguins on the Beach and placeholder will all perform on May 8. The event itself will be in-person as well as live streamed, though the concert itself will be completely virtual and played on an LED wall for students to gather around.

“I’m just very excited to see it all come to life and see all the moving pieces that my team has worked on for so long actually come together for the students,” Wilcott said.

Agarwal added, “Last year Springfest was cancelled so I’m really excited to see what a pandemic Springfest will look like, considering all the factors … I just hope we make something that will engage and excite the student body.”