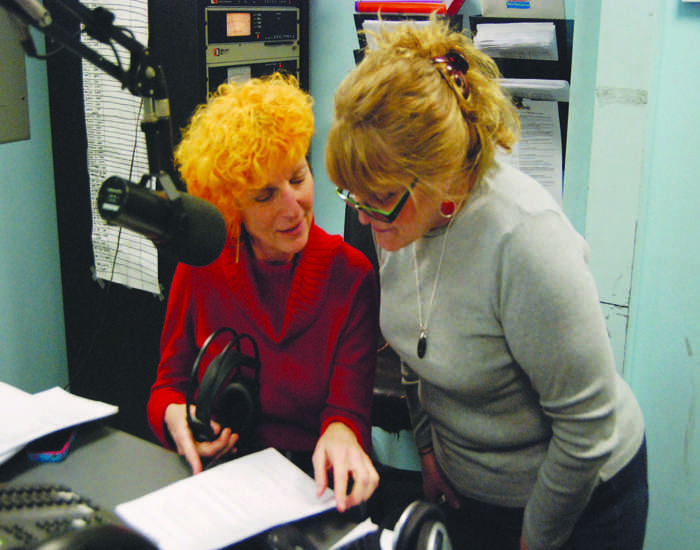 Anchored deep in the labyrinth beneath the Mather Quad, the subterranean headquarters of Case Western Reserve University’s radio station, WRUW-FM 91.1, are an embodiment of their reputation as proprietors of fantastic underground music. But lost in the shuffle of guitars, vinyl records, and voice boxes is the station’s Tuesday night swath of one-of-a-kind public affairs programming.

With shows both syndicated and original, like “Democracy Now” and “Voices and Choices,” WRUW’s lineup is both diverse and relevant. “Voices and Choices” is a reproductive rights broadcast providing news and perspectives from a pro-choice viewpoint. Featuring hosts ranging in age from 18 to 50, the show addresses issues from AIDS to abortion to in-vitro fertilization. With a host reporting periodically from New York, the program attempts to sift through the misinformation surrounding reproductive rights and frequently interviews non-profits who share its cause.

On Monday afternoons “Gaywaves,” the original gay voice of WRUW FM and America’s North coast, broadcasts news, commentary, information, and music that represents gay, lesbian, multi-sex, and transgendered members of the community in an empowering light. Following the program is “Regionally Speaking,” hosted by Gladys Haddad, Professor of American studies and director of the Western Reserve Studies Symposium. Last week, Haddad interviewed Shannon French, the director of the Inamori Center for Ethics and Excellence, on campus. Now in its fourth season, “Regionally Speaking” discusses the role of CWRU’s Social Justice Institute in developing partnerships with the Greater Cleveland community.

“Democracy Now,” the station’s syndicated offering, is a progressive-leaning news show that features in-your-face journalism hosted by Amy Goodman. The program was thrown into the spotlight during the 2008 Republican National Committee arrests, in which three of the organization’s journalists were arrested. Video of their detainment while wearing clothing clearly marking them as members of the press sparked outrage and subsequent media frenzy. The show features investigative journalism and news, along with frequent contributions from a wide range of press personalities.

“Maximum Consumption,” hosted by Jen and Katherine on Tuesday evenings, is reportedly Cleveland’s most-preferred talk show about food in Cleveland (according to a 2007 poll). The two long-time friends frequently host guests in-studio who have a range of local expertise in areas from urban farming to aquaponics to how to start your own bee colony in your backyard. The pair’s banter is a great way to end the afternoon, as they discuss upcoming environmentally charged events and new Cleveland restaurants, and give their two-cents about everything delicious.

Taking the mic at 10:00 is DocSana, a slight woman with a shock of bright orange hair and an amiable personality. Excellently educated, she holds a number of degrees in areas from epidemiology to law and is an ordained interfaith minister to boot. She is a faculty member at Case’s School of Medicine. The show on which she is a guest host, “Straight up with DocSana,” covers many topics pertaining to young people’s issues, though, she notes, she doesn’t want to restrict herself to an adolescent audience.

On this particular Tuesday night, the show begins at 10 p.m. with an injection of Glenn Campbell and the opening of the phone lines. Her program is discussion-based, with callers bringing the issues to light and DocSana bringing her ample experience to bear in coming to a solution. While a theme is chosen beforehand, the audience plays a significant role in show’s progression and conversation over telephone or email is encouraged.

This particular evening, her show centers around blood donorship, a seemingly benign topic that DocSana brings to life with well-researched facts and an infusion of wit. Along with her friend and on-air companion Dot, she enacts several excerpts from the “Blood Drive” episode of the television series “The Office.” Comedy, she says, is an important way of making difficult issues more approachable.

Common issues on the broadcast include gender identity, sexually transmitted diseases, rape, and partner violence. Topics are not, however, always so grim, with shows commemorating January (National Break-Up Month) and offering holiday fashion advice. Even when planning lighthearted themes, like the upcoming Valentine’s Day show, DocSana maintains that quality information is important and sees her show as a tool to educate her audience on techniques and resources available to them in a way that is positive and constructive.

DocSana makes her listeners feel welcome and promotes an acceptance that is often absent from so-called “discussion” programs in which hosts yell down anyone they disagree with. This approachability is, according to DocSana, paramount in addressing the questions posed to her. “We want to give people a safe, reliable way of getting questions answered in a comfortable, pleasurable way,” she says.

Equally important in shaping the show is “Straight Up’s” programmer, Dot. With green-rimmed glasses perched atop her head and a peace sign dangling from her neck, Dot takes care of the technical side of the show, acts as a companion for DocSana, and provides her own on-air input. With a penchant for music, Dot helps select songs to play on the show. “By selecting songs that are related to our theme,” Dot mentioned emphatically before a tour of the station’s massive music collection, “we can make issues more easily addressable.”

WRUW’s public affairs offerings provide a flavor that cannot be found anywhere else, even on public radio. With shows that cater to local interests and address issues pertaining to the greater Cleveland area, the station pairs passionate personalities with relevant questions, making for programming that is both entertaining and educational.