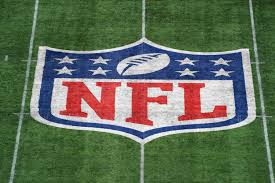 Though plagued by injuries and unusual circumstances, the NFL season remains incredibly electric.

Six weeks into the 2020 season, the NFL has witnessed several unanticipated incidents that have left fans and analysts alike in a frenzy. The league has been rife with injuries to big stars early on, which many attribute to the cancelation of the preseason and haphazard scheduling of Organized Team Activities. Household names such as Saquon Barkley, Christian McCaffrey and Nick Bosa all suffered devastating injuries in Week 2, ending the season for Barkley and Bosa and sidelining McCaffrey for several weeks. The Denver Broncos’ Drew Lock and Courtland Sutton also suffered injuries that same week, though fortunately for the Broncos, Lock returned in Week 6 to defeat the New England Patriots on the road.

The following weeks were no kinder to the NFL’s best. Nick Chubb, Jamal Adams, Michael Thomas, Davante Adams and Zach Ertz were among the other notable stars who suffered injuries. However, the most gruesome and perhaps the most heart-wrenching injury was suffered by Dallas Cowboys starting quarterback Dak Prescott. In the Week 5 home game against the New York Giants, Prescott suffered a season-ending ankle injury during a tackle made by Giants’ safety Logan Ryan. Prescott’s clearly broken ankle was a hideous sight, and the sight of his tears as he was carted off the field evoked sadness from even the staunchest Cowboy haters.

Fortunately for the Cowboys, recently signed backup quarterback Andy Dalton stepped in and stepped up. The “Red Rifle” completed 9 of 11 pass attempts for 111 yards, putting kicker Greg Zuerlein in position to nail the game-winning field goal from 34 yards.

While his injury is unfortunate, Prescott shouldn’t lose hope just yet. Through the bout of injuries that ran rampant in the NFL, the recoveries were an inspiration for the fans who had been waiting for their favorite players to get back on the field. Washington Football Team quarterback Alex Smith was cleared to return to football back in August, a year and a half after suffering a gruesome leg injury that nearly cost Smith his life. He took to the field in Week 5 against the Los Angeles Rams to much applause. Although his late-game entry couldn’t turn the tide of the game, as the Rams defeated Washington 30-10, Smith’s return to the game inspired fans everywhere.

Unfortunately, injuries aren’t the only thing teams have had to be wary of this season. Despite the NFL’s best efforts, COVID-19 outbreaks and individual cases have forced several games to be postponed. An outbreak in the Tennessee Titans facility forced their Week 4 home matchup against the Pittsburgh Steelers to be rescheduled for Week 7. The Patriots traveled to Kansas City to take on the Chiefs a day late after their quarterback, former MVP Cam Newton and reigning Defensive Player of the Year, Stephon Gilmore, tested positive for COVID-19. The loss to the Chiefs, followed by a loss to the Broncos in a home game that was postponed by a week due to more coronavirus-induced chaos, saw the Patriots post a losing record in October for the first time since 2002.

Despite all of the unusual circumstances, the season has remained incredibly electric. The Cleveland Browns recently posted a record of 4-1 for the first time since 1994, when their coaching staff included NFL coaching legend Bill Belichick at head coach and college football coaching legend Nick Saban at defensive coordinator. Despite this accomplishment, a blowout loss to the Pittsburgh Steelers in Week 6 saw the Browns sink to third place in the AFC North behind the 5-0 Steelers and 5-1 Baltimore Ravens, though the Browns’ record is still a commendable 4-2.

Down in the AFC South, the Titans’ dual threat offense with running back Derrick Henry and quarterback Ryan Tannehill continues has been an unstoppable formula thus far, as the 5-0 Titans defeated the Houston Texans 42-36 in an overtime thriller in Nashville this past week. Henry rushed for over 200 yards and two rushing touchdowns (including the game-winner) for the third time in his career, putting him in elite company with Hall of Fame backs Jim Brown, Barry Sanders and LaDainian Tomlinson. The AFC West witnessed a stunner in Week 5, as the Las Vegas Raiders handed the Chiefs their first loss of the season and their first in 13 games dating back to last season. The Chiefs were able to bounce back, however, handing the Buffalo Bills their second straight loss and improving to 5-1 on the season.

Bills quarterback Josh Allen was considered by many to be a dark horse in the MVP race this season after a red-hot start that pushed the Bills to a 4-0 record, as he posted an impressive stat line of 331.5 yards per game, 12 touchdowns, just one interception and a completion percentage of 70.9%. Unfortunately, the last two games proved to be much more of a struggle for Allen, as his numbers fell to 192.5 yards per game, 4 touchdowns, 3 interceptions and a completion percentage of 58.8%. Luckily for the Bills, they still sit atop the AFC East with a 4-2 record, ahead of the 3-3 Miami Dolphins, the 2-3 Patriots and the 0-6 New York Jets, who remain the only winless team in the NFL this season.

Over in the NFC, Seattle Seahawks’ quarterback Russell Wilson is the frontrunner for MVP and the gap is only growing. The Seahawks are one of three undefeated teams remaining and the other two, the Titans and Steelers, are set to play each other this week. Wilson’s late-game heroics have bailed the Seahawks out of several near-loss situations this season and placed them atop a competitive NFC West, as Wilson has posted a stat line of 300.4 yards per game, a league-leading 19 touchdowns, 3 interceptions and a completion percentage of 72.8%.

The NFC East seems to be worlds apart from the West, however, as the Cowboys lead the division with a less than impressive record of 2-4. The Cowboys are currently on pace to make the playoffs as division winners with a record between 5-11 and 6-10, which would best the 7-9 Seahawks from 2010 as the team with the worst record to make the playoffs.

In the NFC North, the Chicago Bears have silently crept to the top with a 5-1 record thanks in part to their defense and a change at quarterback. Super Bowl LII MVP Nick Foles joined the Bears in the offseason and earned the starting quarterback position after he erased a 26-10 deficit in the fourth quarter following a late-game entry against the Atlanta Falcons in Week 3. Two weeks later, Foles earned his first win as starting quarterback for the Bears as they defeated the Tampa Bay Buccaneers in the first meeting between Foles and Tom Brady since they squared off in Super Bowl LII for the Eagles and Patriots, respectively.

Despite the frustrating loss, the Buccaneers rebounded in dominating fashion. Their shocking 38-10 blowout of the Green Bay Packers saw the Buccaneers improve to 4-2, leading the NFC South, while handing the Packers their first loss of the season. This matchup saw Brady and fellow future Hall of Fame quarterback Aaron Rodgers duel for the third time, with each having one win over the other coming into the game. Brady ended up winning this tiebreaker and although he didn’t put up many passing yards, he accumulated a solid passer rating of 104.9 in comparison to Rodgers’ uncharacteristically abysmal 35.4. Rodgers threw two interceptions in the same game for the first time in three years, and the Buccaneers capitalized on both, effectively driving the Packers’ momentum into the ground.

Between Allen’s collapse in the last two weeks and Rodgers’ deer-in-headlights game in Tampa, it seems as though Wilson will be walking away with MVP honors for what will surprisingly be just the first time in his stellar career. But there’s still plenty of football to go and, if the beginning of the season has been any indication, a lot can happen in the remaining weeks.

Nothing is out of the question.