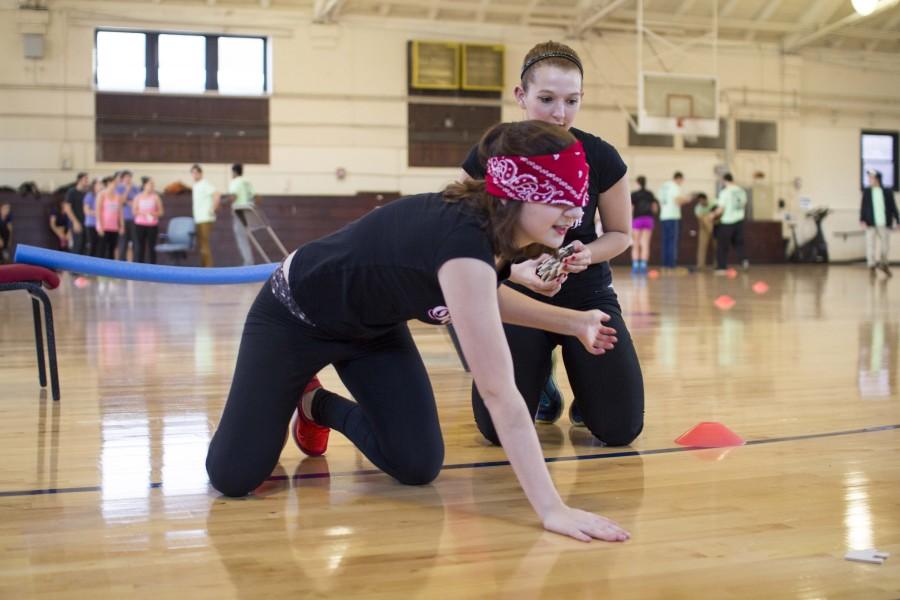 Sig Ep's last philanthropy event challenged bigs and littles to see how well they really knew each other.

Nov. 15 was a cold and somber day plagued with snow showers and frightfully bitter weather. However, this did not stop fraternity Sigma Phi Epsilon from hosting their partner event: the Big Little Olympics. For brothers, friends, and everyone else, Adelbert gym was home to a variety of fun and exciting games, raffles and food.

Split into stations, groups of two were challenged to a number of different events to test how well the pairs really knew each other. The first game adopted popular game show event “Newlyweds.” The partners were asked personal questions, and forced to answer independently. Matching answers was the key to success in this humorously personal game. The pair with the most answers that matched were the winners.

Next, groups were asked a number of trivia questions ranging from American history to Case Western Reserve University trivia. The most eclectic pairs were rewarded with points which could be exchanged for prizes, which upped the intensity of the game as competitors battled wits chasing the elusive victory points.

Once players exhausted their mental stamina answering the trivia, they were ushered through a number of partner exercises such as wheelbarrow and the three-legged race. Speed was the name of the game as first place finishers in these events were also rewarded with victory points. As the games continued, competitors were asked to perform peculiar actions such as ping pong basketball and a blindfolded chair race.

Participation in the event was $20 per pair, and the proceeds all went to charity. Also, even those who did not fare well in the games still enjoyed fresh pizza and subs, as well as a gift card raffle. Sophomore Barry Teich enjoyed participating in the event.

“It was really fun,” said Teich. “I am a pretty lazy guy, but this was surprisingly exciting. I’m pretty glad that there are groups on campus trying to host events even with the bad weather and exams.”