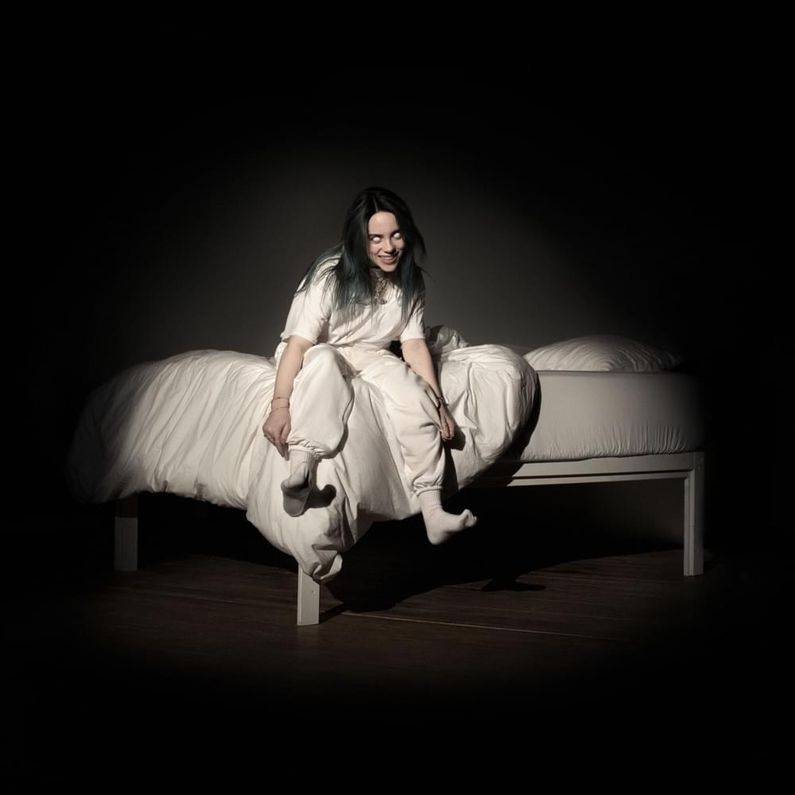 WHEN WE ALL FALL ASLEEP, WHERE DO WE GO? album cover

Seventeen year old Billie Eilish shot to the top of the charts with her debut album “WHEN WE ALL FALL ASLEEP, WHERE DO WE GO?” on March 29. The record is forecasted to debut at No. 1 on the Billboard 200 chart next week.

The 14-song album includes past hits like “you should see me in a crown” and “When the Party’s Over,” as well as singles like “Bury a Friend” and “Wish You Were Gay.”

Much of the album features heavy bass combined with soft, spoken-word style singing. The tracks “Bad Guy” and “My Strange Addiction” carry heavy house beats. In contrast, “Wish You Were Gay” and “8” are upbeat ukulele tunes. The song “Xanny” includes track alterations and dizzying stereo manipulation to make listeners feel as though they’ve taken the namesake drug themselves.

Eilish’s lyrics add eerie vibes and spooky undertones. The music video for the album’s lead single, “Bury a Friend,” highlights an ambiance of horror that underscores nearly all of “WHEN WE ALL FALL ASLEEP, WHERE DO WE GO?”

The video shows Eilish with her whole back covered by hypodermic needle injections, a visual drawn from a true childhood horror story. The album cover itself is an image of Eilish with white globes for eyes, smiling eerily at the camera in an unnatural position. Eilish’s work often includes these visceral, creepy components which leave some uneasy, but others aching for more.

Eilish discussed the creativity that went into “WHEN WE ALL FALL ASLEEP, WHERE DO WE GO?” in an Instagram TV special. In order to provide fans with a realistic understanding of her creative process, she opened a pop-up museum from March 29 through 31 in Los Angeles called The Billie Eilish Experience.

Eilish herself experiences strong synesthesia, a neurological condition that causes one to experience multiple involuntary sensory experiences at once. She forms strong associations between specific colors, smells and sounds, and utilizes these connections to craft unique, visionary works of music.

The Billie Eilish Experience comprised of 14 rooms, one for each album track, which featured the various sensory elements that contributed to each song’s creation. According to Eilish, this was the best way for her fans and supporters to experience the songs just like she did.

“WHEN WE ALL FALL ASLEEP, WHERE DO WE GO?” blends elements of electronic dance music, unique vocals and horror-inspired lyrics, offering an alluring experience for audiophiles and everyday listeners alike. Given her immense creativity and talent, Eilish’s debut album deserves all the attention it’s received to date and more.