Black Goku is a full-time student and part-time celebrity 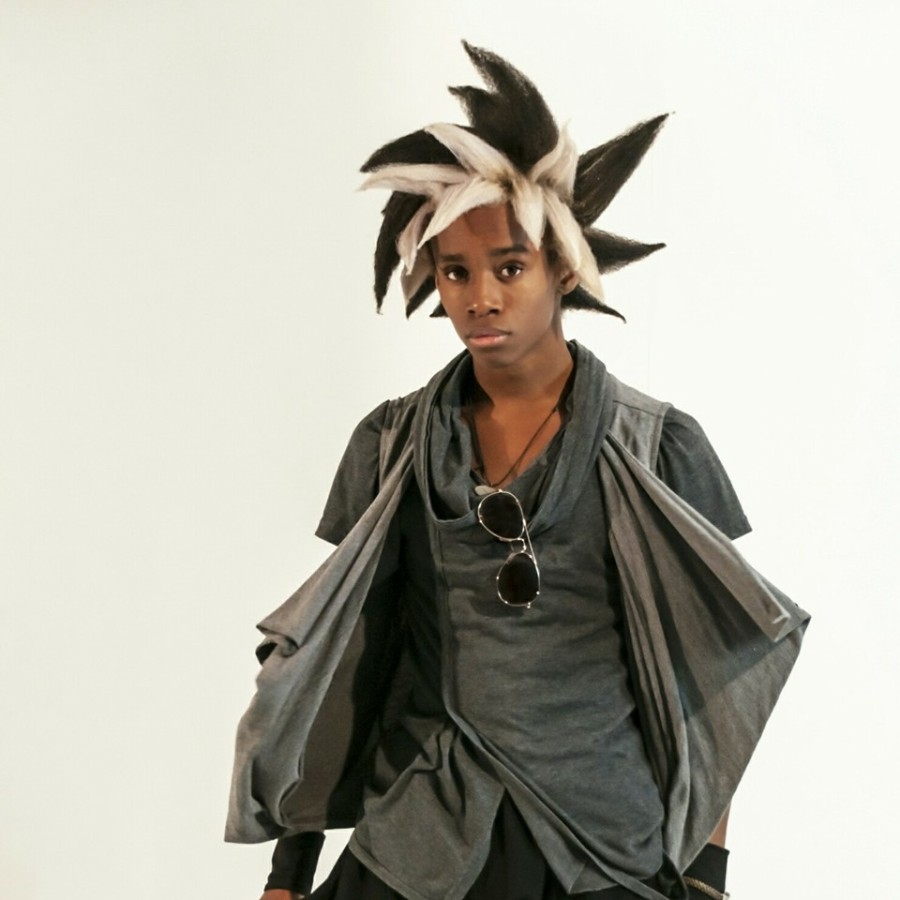 Shaquille Dent has become an online celebrity as "Black Goku."

Most people only dream of their 15 minutes of fame. Shaquille Dent, a second-year animation major at the Cleveland Institute of Art (CIA), recently had his 15 minutes and more. Dent is better known around the Case Western Reserve University campus as Black Goku, due to his hair’s resemblance to the manga character’s. He became a viral sensation, interviewed on Buzzfeed and mentioned in countless Yaks and tweets.

Dent began styling his hair three years ago when he discovered his hair could hold a spike. To start, he had short spikes, a little like Naruto, another manga character. When Dent arrived at CIA, his hair was already turning heads, though he did not know the extent of his celebrity until a week or two into the year.

“People were like: ‘Yo dude you’re on Yik Yak,’” said Dent, who was unaware of Yik Yak’s existence before he started appearing on it.

Dent’s hair used to be different than the look many CWRU students know him for. It was shorter and not bleached—the bleached front section did not become part of Dent’s look until July. Dent attributes the rise in attention to the bleach, both in-person and viral, because it increased his hair’s coolness. His hair became so popular, Buzzfeed even posted an article about him.

When asked about the change, Dent said, “It’s been crazy… [but] pretty cool.” He added, “A lot of things have just been added to my life” because he’s been invited to so many events on campus. He claims the event organizers think more people will show up if Black Goku is there. And who can blame them? An internet celebrity can draw a lot of attention to any event.

Though Dent takes classes at CIA, most of his attention comes from the CWRU community. In fact, as indicated through some popular Yaks, most students think Dent attends CWRU. “The majority of this campus is Case,” he said about his presence at CWRU. Of course it helps that Dent is quite extroverted, leading to him meeting many CWRU students. “I’m really open, and I like talking to people,” he added.

Many Black Goku fans want to know what’s next for Dent’s hair. By the time you are reading this article, his hair will have changed. Dent claims it’s nothing drastically different, though. Eventually he wants to have front spikes differently shaped than now and the back in a spiked ponytail, once his hair gets really long.
It comes as no surprise that most of Dent’s inspiration comes from Japan. “Usually I’ll get ideas from anime,” he said. Whenever he sees a new style from anime, he thinks about how he can incorporate it into his current look, which leads to most of his changes. “It’s really easy,” he said, to change his look which leads to him changing styles whenever he can.

Wherever Dent’s fans are, they can follow him on his “moderately okay fan page.” Additionally he has recently started a YouTube channel to increase his outreach.