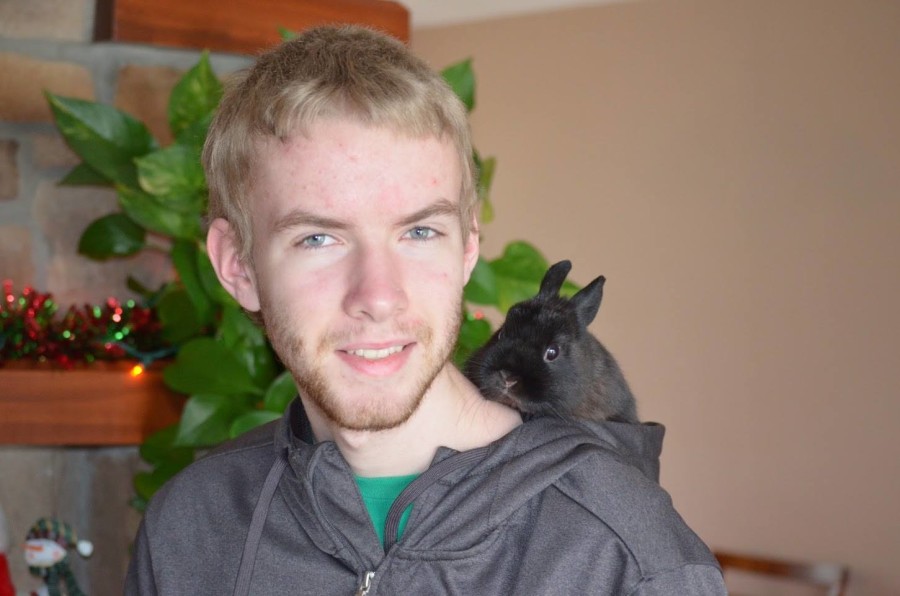 Fourth-year student Andrew Loach has known what he wanted to do from a very young age.

“I think it was when I was in fourth grade or something, I read a book on black holes,” said Loach. “That’s what brought me into astronomy.”

Loach is currently pursuing a degree in astronomy and planning to graduate in fall 2016. He has contributed towards several research projects conducted in the department of astronomy during his time at Case Western Reserve University.

“Currently, we have a few X-ray binary systems,” said Loach. “For each of them, we have parameters that we could observe.”

Using current data from various papers, Loach, in collaboration with other researchers and students, can determine the period of the orbiting system and estimate the mass of the black hole and the donor star.

“What we’re trying to do is use software to simulate various scenarios and try to match them up with current observations so we could … estimate what the system looked like just after the supernova,” said Loach.

This research project is coordinated by Professor Vicky Calogera, the Erastus O. Haven professor of physics and astronomy of Northwestern University. Additionally, there are students from Northwestern and researchers from various locations across Europe involved.

The project began as a general topic at the beginning of the summer, gaining momentum as the members of the research team familiarized themselves with the software.

“Most of what we were [doing] hadn’t really been done before with the current software,” said Loach. “What we did for a large part of the summer was try to match a paper that was written about 10 years ago that used different simulations.”

Loach says that the specific binary systems involved in the study have not received heavy analysis since 10 years prior.

“Our knowledge and our beliefs as how to stars evolve have changed a little bit since then,” said Loach.

“Specifically, there’s a lot of things we don’t really understand about stellar evolution or we aren’t really sure how to apply with black holes,” said Loach. “There’s a lot of small adjustments … that make a huge difference in how the evolution turns out.”

Before getting involved with research on X-ray binaries, Loach worked with Professor Chris Mihos in the department of astronomy at CWRU to conduct image data analysis for a different project.

Mihos compiled images from different regions around galaxies and recorded the surface brightness in detail, which enabled Loach to then compare the brightness between images to determine the possibility of change within the galaxies.

For now Loach is committed to studying black holes.

“I’ve always been fascinated by astronomy in general because it’s an area we don’t know a whole lot about,” said Loach. “There’s so many ways to go forward.”