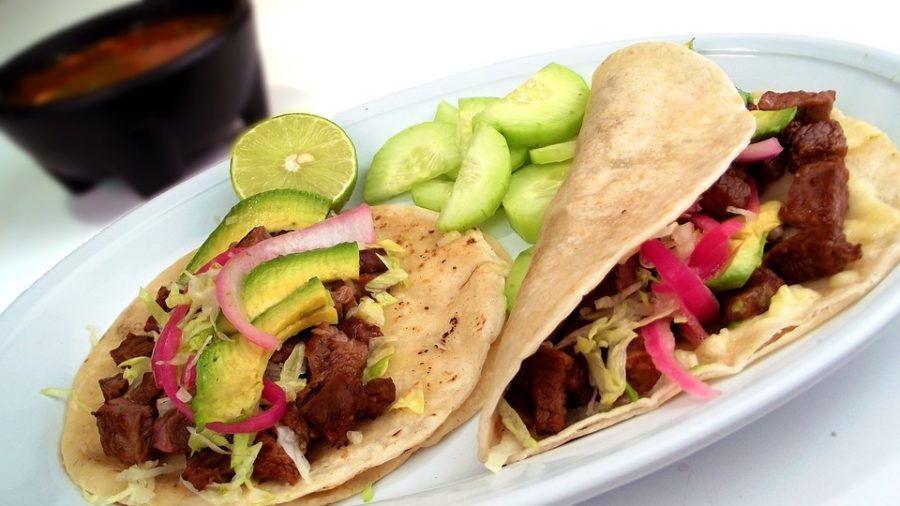 Out in the reaches of Gordon Square, easily accessible using Cleveland’s somewhat unreliable but effective RTA services, a new trendy and hip Mexican restaurant is slowly making waves among the other fanciful and hip restaurants, bars and stores along the strip in Gordon Square, near the great Capitol Theatre. Blue Habanero Street Tacos and Tequila is definitely worth a visit.

Blue Habanero opened in November 2018, filling the space of former restaurant Arcadian Food and Drink that closed around the same time two years prior. The three year project culminated in a popular restaurant that was only open for four months before co-owner and investor Tim Kopp closed it abruptly, changing the locks on the restaurant doors before informing co-owner and operator Cory Hess and his wife, executive chef Rebecca Hess.

Despite the circumstances surrounding Arcadian, Blue Habanero faces much less controversy. In fact, the storefront may not look like much, seeming somewhat plain and abstract.

But within, you are greeted by an enticing environment, surrounded by a combination of slick modernism and Day of the Dead decorations, a key celebration in Mexican culture.

A massive and intricate bar sits to the right of the bar area. An attentive staff readily seats you and checks up constantly throughout the meal.

Although you may dismiss it as another taco joint in a sea of Barrio’s and Qdoba’s, Blue Habanero distinguishes itself with its selection. The menu is small but scrumptious, from entrees comprising of varying types of street taco combinations, from carnitas, shrimp and fish to barbacoa, avocado, and steak tacos. Blue Habanero offers burrito and taco bowls as well, at affordable prices.

Starting appetizers range from delicious and fresh guacamole to queso dip and spicy, delectable salsa. Specialties include a meal known as the Burrito Gigante and Melting Chimichanga, both under $13, that are sure to truly send you to food heaven.

The restaurant boasts a variety of carefully crafted margaritas, straying from the typical lime-flavored offerings. The page-long selection includes signature drinks like spicy cilantro and blackberry mint. Although drinks are pricey, costing as much as the tacos do, if not more, they are definitely worth tasting.

Blue Habanero is an ambitious place that serves delicious food and unique drinks, all complimented by the growing and exciting neighborhood around it.