Bose: Repealing net neutrality threatens consumers, businesses and the Internet as we know it 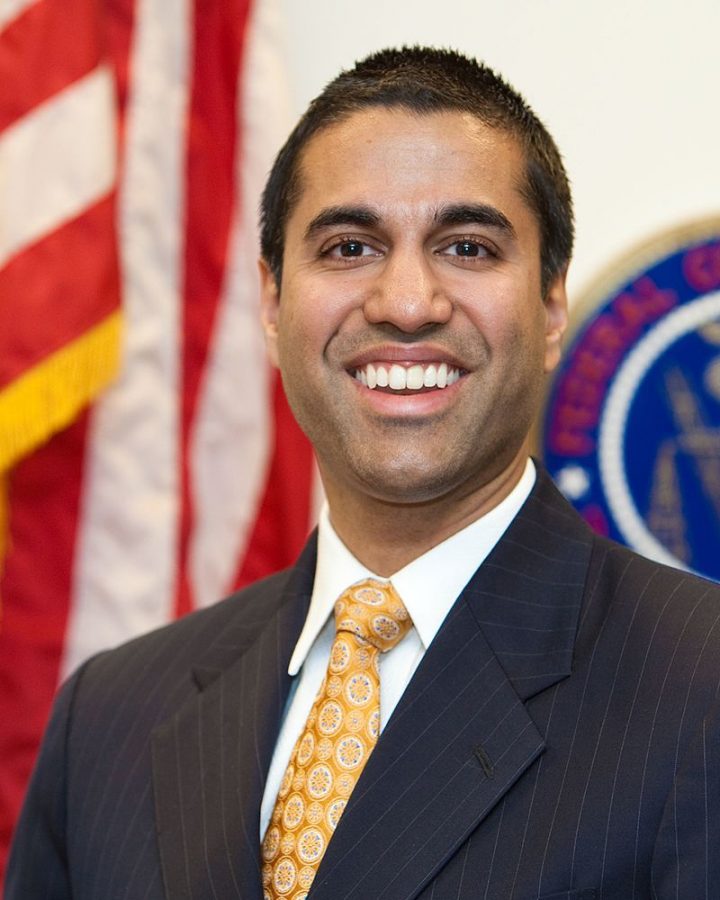 FCC chairman Ajit Pai currently leads the battle against Net Neutrality. Pai's deregulation plan will have many negative effects, including limitations on content and access for Internet users.

On Nov. 21, the Federal Communications Commission (FCC) released a plan to overhaul and repeal Internet access regulations set in 2015 under the Obama administration. The regulations, encompassing an idea known as “net neutrality”, prevent Internet providers such as Comcast, Time Warner and Verizon from prioritizing access and Internet speeds for various websites based on their own discretion.

Currently, while net neutrality is protected, all websites can be accessed “equally” by consumers, which means that there is no censorship and all websites have the same speed. Under the new plan, spearheaded by Trump-appointed FCC chairman and former Verizon lawyer Ajit Pai, companies are free to control the speeds at which consumers can access certain websites, just as long as they are transparent about it.

In a statement released by Pai with the FCC plan, he argues that the 2015 net neutrality regulations are “heavy handed” and have “depressed investment in building and expanding broadband networks and deterred innovation.” He then expresses excitement in “returning to the light-touch market based framework that unleashed the digital revolution and benefited customers here and around the world.”

Pai puts a significant amount of trust in the honesty and integrity of Internet providers to create fair and reasonable Internet service. But these companies have done little to prove that they care about the interests of consumers. Most cable markets are either a monopoly or an oligopoly, which means that consumers have very limited choice in picking an Internet Service Provider (ISP), and ISPs have the leverage to provide any price and quality of service they want.

Additionally, abusive and unethical practices by telecommunications companies are well documented. In 2012, AT&T attempted to block access to Apple’s FaceTime service on iPhones unless subscribers paid for a more expensive plan. In 2015, Comcast created a streaming service to compete with Netflix and Hulu, exempting it from its data limits while keeping those limits on other services. Alongside Time Warner and Verizon, Comcast has also been accused by Netflix of throttling its streaming speeds, an obvious violation of net neutrality.

With the amount of control that cable companies have, it is obvious that they will take full advantage of deregulation provided by the FCC, at a major cost to both consumers and small businesses. Since throttling will no longer be banned, cable companies can simply block access to major companies such as Netflix or Google unless they receive extra money. This can come from the websites themselves, which would turn into increased subscription fees for customers, or directly from the customers as added fees. This could make Internet plans similar to cable-TV plans–where customers have access to different channels based on different tiers of service.

Ending net neutrality will not just bring up costs, it will also limit the content consumers are exposed to on the Internet. If cable companies begin to charge websites to let consumers access them, the larger companies, such as Netflix, Facebook and Google, will lose money, but still be able to offset costs and continue operating. However, smaller websites that can’t afford the cost will lose subscribers and eventually go bankrupt. Some of the largest and most popular websites today started as small enterprises run in college dorms. Potentially stifling the growth of smaller and newer websites will lead to a major drop in innovation and creativity on the Internet.

The FCC’s new plan to repeal net neutrality regulations does not benefit anybody besides cable companies, and consumers are aware of this. Over 100,000 people have signed a petition to the White House asking for Ajit Pai’s resignation due to his stance and possible bias as a former representative for Verizon. A survey done by the free-software nonprofit Mozilla found that 76% of Americans, including 81% of Democrats and 73% of Republicans, supported regulation for protecting net neutrality.

Despite bipartisan opposition to repealing net neutrality, the Republican-held FCC is expected to pass Pai’s plan in a vote over party lines on Dec. 14. However, it is still possible for you to make an impact on the decision. Contact your local senators and representatives and ask them to do whatever they can to protect net neutrality regulations. Equally important is helping to spread awareness of the plan and its implications to people who may not fully understand them.

The Internet as you know it is facing a major threat with the possible repeal of net neutrality. You are the best way to save it.

Shounak Bose is the Web Editor for the Observer. He spent the semester away from Case Western Reserve University on co-op, which has given him a lot more free time to think than he had expected.