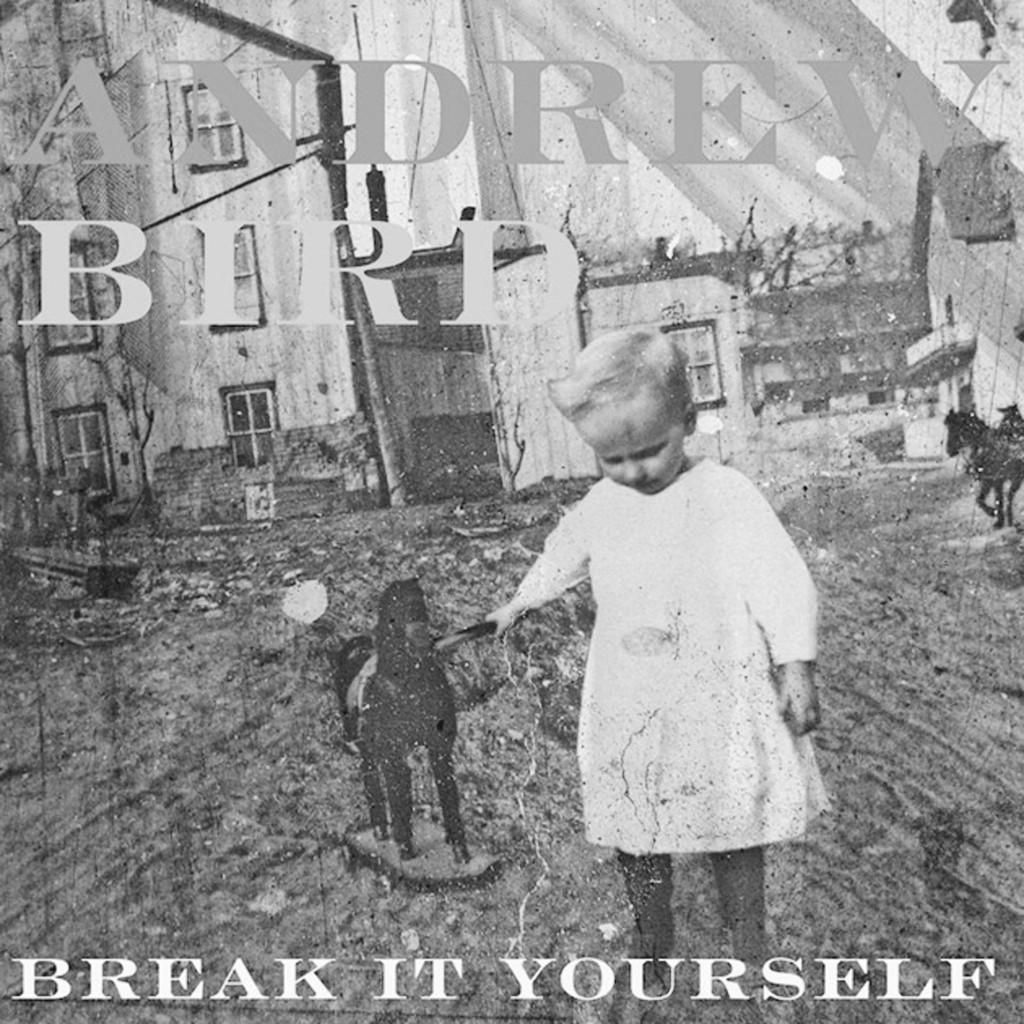 There is clearly nothing broken about Andrew Bird. Despite the title of his latest album, Break It Yourself, Bird is in fine shape. He has released six solo albums in the last fifteen years, along with plenty of compilations, collaborations, EPs, and singles. Bird is a mature musician who is in his element on Break It Yourself.

There was a time when Bird could have been labeled an experimental artist. Some of his earlier work was heavy on looping himself playing violin or whistling. When he played my hometown’s 80/35 music festival in 2008, he took the stage with said violin, looping, and sampling himself, throwing in whistles and percussion for good measure.

Break It Yourself is something of a departure from this sound. It was recorded with a full band, and features elements closer to traditional arrangements. But Bird is no worse off for it. He has spent the last 15 years honing and sharpening his musical craft, from his singing to his songwriting to his composing, and it shows on Break It Yourself.

The album has 14 songs and checks in at one hour on the dot. The songs on display here are long: other than two short segues (one 45 seconds and one just over a minute) and the short closing track, every song is over four minutes. Many stretch into five, and one breaks the eight minute mark. Bird is clearly very comfortable with himself as a songwriter. These songs are long and decidedly expansive. They have intros and codas, different middle sections, key changes, and complete changes of idea.

“Danse Caribe” starts off with a simple guitar line and, two minutes later, transitions to an Afrobeat steel drum rhythm. “Give It Away” opens similarly with acoustic guitar and drums, along with his ever-present violin. They work together for about four minutes, tensely going back and forth, and then they all resolve, and a simple chord progression starts for Bird to sing over. After a minute and a half, the melody of the first section returns for a minute and a half, then another resolution, then back to the verse structure from before.

“Lazy Projector,” one of the album’s standouts, opens with quiet, reverbed vocals singing over a single violin, but this is faded out for a plodding bass line. The song continues unhurriedly for five minutes, building to a strong conclusion of Bird singing, “I can’t see the sense in us breaking up at all.”

Andrew Bird has delivered a very fine album with Break It Yourself. It may not be as exciting or as intriguing as his earlier work, and it’s not a product or representation of any current wave or trend in new music. But it is an hour’s worth of a professional musician who knows exactly what he’s doing, and is making the exact music he wants to make. Break It Yourself is the musical equivalent of comfort food: it is an album to put on when you want something comforting, relaxing, and extremely well done.