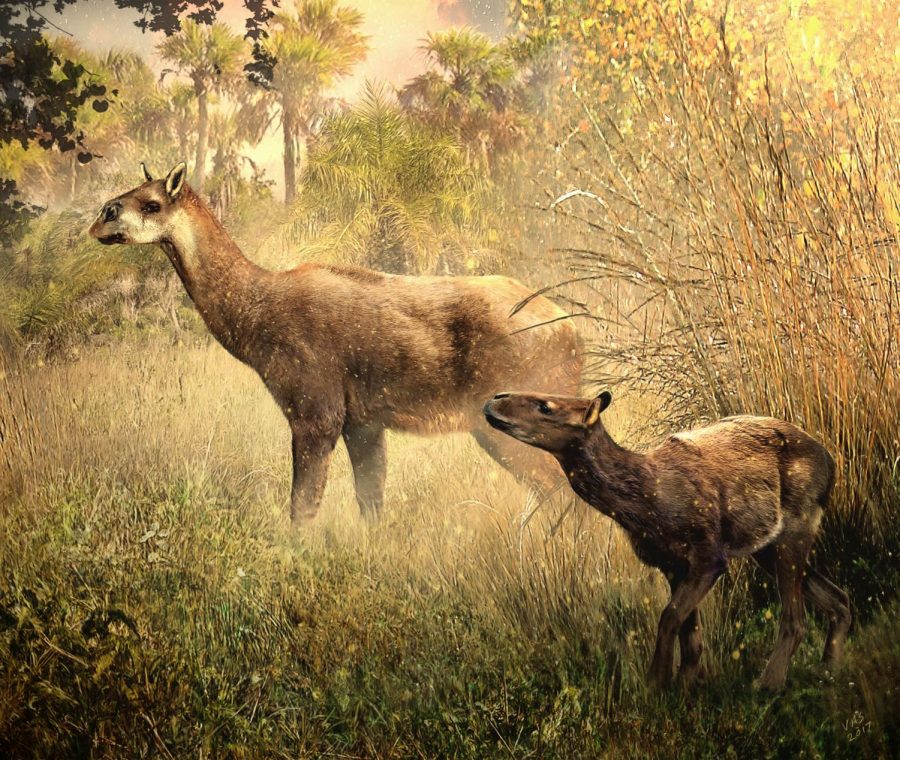 Several fossils found at the site were displayed at the exhibit, as well as videos and panels detailing their history and significance.

“When I first went to Bolivia in 1999 for a conference, I saw some specimens from that site in a museum collection in La Paz that I knew represented a new, undescribed species,” Croft explained. “That got me interested in the site, which I was finally able to visit in 2007.”

Croft’s interest in animals started at a young age. In third grade, his teacher introduced him to the process of finding fossils. His interest in paleontology continued, and while working on his graduate degree at the University of Chicago, Croft met a professor conducting research on extinct mammals in Chile.

Croft said, “Once I delved into the topic and became familiar with the unusual history of South American mammals, I was hooked.”

The exhibit details how the Quebrada Honda region’s location and the drastic changes it underwent during the middle to late Miocene, around 10-15 million years ago, allowed for the evolution and development of unique species of mammals.

Croft works with a team of paleontologists from around the world, including Dr. Beverely Saylor, another professor at CWRU. The team has been working on the site for over a decade.

When describing why he chose that specific site, Croft said, “The fossils from Quebrada Honda and other sites in Bolivia provide insights into habitats in the middle of the continent, which are distinct from both tropical habitats further north and more temperate habitats in the south.”

The team is currently working on publishing scientific papers about the data they have collected over the past decade and analyzing their results to visualize changes faced by the ecosystems in the area over the last 10 million years.

Personally, Croft said he is looking forward to both returning to Quebrada Honda as well as exploring other sites throughout South America.

He said he wants “to explore other sites in the area of different ages to see how they compare to Quebrada Honda in terms of the fossils they preserve and the habitats they represent.” He added, “Together, they will give us a picture of how ecosystems in the area changed over a 10 million year interval.”

Croft is the Research Associate in Vertebrate Paleontology at the CMNH, and it was his close relationship with the museum that allowed him to reach out and plan an exhibit to introduce visitors to the history of South American mammals.

“The close relationship between CWRU and the CMNH has been one of the highlights of living in Cleveland for me,” Croft said.

For those who plan to visit the exhibit at the CMNH, Croft’s favorite fossil is of a new species that he and his team found: the lower jaw of a small meat-eating marsupial, named Australogale leptognathus. Croft clarified that “fossils of meat-eating marsupials are quite rare in South America … and the specimen is extremely well-preserved.”

The exhibit will be on display through the end of the summer.