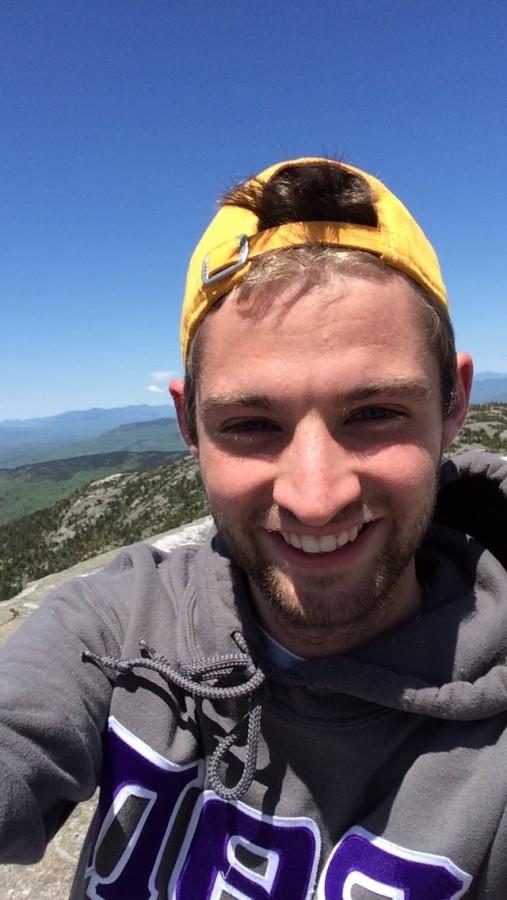 Why do you want this position?
I aspire to be the President of the Undergraduate Student Government in order achieve two main goals: hold representatives of the USG accountable to our constituents and make the USG, and the CWRU community as a whole, more inclusive.

What is one initiative that you want to complete in your first semester?
As an advocacy body, it is vital that students at CWRU are aware of the initiatives that the USG representatives are working on so that they are able to contribute to the conversation. USG has a responsibility to better inform students about the progress of campus initiatives, but more importantly we need to be open about areas in which we are falling short. As it stands, if students want to find out what the USG is working on they have to search through pages of minutes to find officer reports that don’t necessarily elaborate on solutions to their specific concerns. In order to achieve the necessary transparency, I want to implement an online initiative tracker in the Fall that informs the student body about the current statuses of the many issues being addressed by representatives. The initiative tracker would include which representatives are working on the initiative, the administrators involved, current action steps, and a link to any additional information. Not only will this be helpful in fostering accountability within the organization, but this also empowers students to voice their concerns and potentially get involved in finding solutions.

What are some of the most persistent recurring issues on campus and how do you plan to address them?
One topic that consistently is discussed on our campus is how we can be more inclusive. There are many areas that USG continues to work on in terms of diversity and inclusion, but an immediate, necessary step to making our campus more inclusive is to start with the USG itself. The current make-up of our General Assembly does not align with the demographics of the student body. Although our current representatives do their best to advocate for all their constituents, there is certainly an advantage in having more diversity of experience and thought in our organization. Our current executive board is dominated by men, who make up two thirds of the committee. Having a wide variety of demographics represented in USG would help shape policies that benefit all CWRU undergraduates. My experience as VP involved forming relationships with many cultural and diversity organizations, including the Undergraduate Diversity Collaborative (UDC), and I hope to collaborate with these organizations to try and recruit students from underrepresented groups to join USG in the future.

What accomplishment in USG are you most proud of?
My proudest USG accomplishment has been expanding the CDEP Cards to make spending USG funds more accessible to students. There are certainly lots of improvements to make the program more streamlined, but the first year with exponentially more cards has been incredibly successful and well-received by student organization leaders.

As a member of the Student Executive Council (SEC), what role do you see yourself taking? What is your opinion on the proposed SEC reforms?
I am currently a member of the SEC, and have taken a very active role in the reform process. I have two simple suggestions for allocating the Student Activities Fee: 1) The SAF should be allocated by students who are elected by the student body that pays the fee 2) Board should have some sort of safeguard in place to ensure that their funding stays relatively consistent from semester to semester. Overly-complicated systems are unnecessary, and make it more difficult for students to see where their money is going. I’ve met with members of the current Reform Task-Force to help form a proposal that I think students and representatives of the USG will be happy with. If elected USG President, I think my involvement in the reforms would be crucial to a seamless transition if the current SEC and Student Body were to approve of the new funding system.

How will your presidency be different from previous years?
Having served on two executive boards, I have seen a President with a more “hands-on” approach, and another who was very successful with delegation. I think both can be successful, but I think a compromise between these two is most compatible with my leadership style. I think there’s an important balance between holding members of the executive committee accountable, and not micromanaging.

How can USG better advocate for students?
In addition to the initiative tracker, I believe changing the structure of our open forums is necessary in order to more effectively gather student input.We are most effective as representatives when we are in touch with the concerns of those who we are trying to represent. No longer should we expect students to come to us with their concerns; we must meet them halfway, whether than be on the quad, in dining halls, or in residential areas. The PR Committee’s “Feedback Fridays” have been incredibly effective for gathering feedback on particular initiatives because we approach students. I think that replicating this technique for gathering more general concerns will be crucial to improving our advocacy efforts.