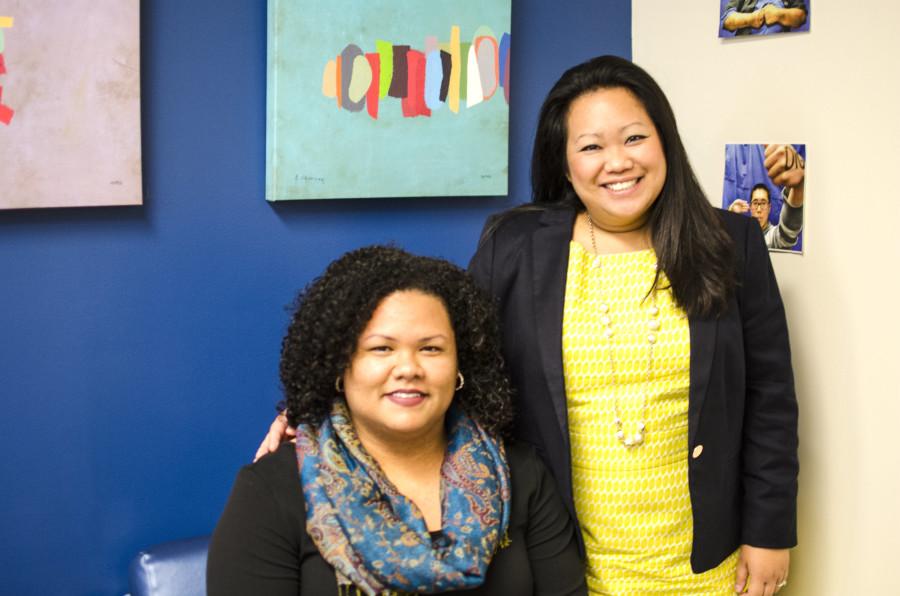 Brittany Chung is the only student being recognized in this year's National Dialogue Awards.

Fourth-year student Brittany Chung first became involved with Sustained Dialogue when she unintentionally volunteered to be a moderator for a leadership conference the summer before her second year. Since then, she has seen it impact every part of her life and bring substantive changes to the Case Western Reserve University campus.

On Friday, Oct. 9 Chung will be recognized for her work and its impact on the lives of others at the National Dialogue Awards in Washington, D.C.—she is the only student recipient for 2015. Naomi Sigg, Chung’s mentor and director of the Office of Multicultural affairs, nominated her for the award.

“I just do things,” Chung says of the work that has brought her to this point. “I don’t do it to get recognition. I just do it because I care.”

It wasn’t just one initiative or breakthrough success that earned Chung national attention. After joining Sustained Dialogue, she discovered that a wide range of issues affect people on CWRU’s campus. As a moderator during her first year, she quickly learned about the need to guide people towards a consensus regarding the most severe problems they face at CWRU. Asking them to identify what problems they want to solve, why those dilemmas exist and how they intend to solve them allows people to come up with solutions they can follow through on.

“I stuck with Sustained Dialogue because it really focused on a solution,” said Chung. “I don’t like to do things that don’t have a goal.”

For many groups, she sees this as an integral problem. Some organizations discuss problems and some go on to suggest solutions, but Sustained Dialogue actually proposes these solutions and implements them.

Two of these solutions, both of which Chung believes demonstrate the impact that Sustained Dialogue has had on the CWRU campus, are Diversity 360 and the new Undergraduate Diversity Collaborative (UDC). Both of these groups plan to address issues faced by minorities on campus and hopefully prevent what Chung calls “blow ups,” resulting from built-up tension.

The most recent example of a “blow up” here on campus was the We Belong Here movement, Chung says. The movement addressed problems that had been present at CWRU for years.

“These are issues that have been on our campus for how long?” said Chung. “So many years—alumni even said that these are the same issues they faced while they were here.”

Diversity 360 provides diversity training for the CWRU campus, and the UDC advocates for student groups whose focus is one of the eight pillars of diversity. These pillars are age, ability, gender, ethnicity, race and color, socioeconomic status, sexual orientation and religion.

Chung’s work with the UDC is on its external communications committee. So far the committee plans to have a community forum every three weeks that will be open to everyone. She hopes that the forums will become a place for individuals to voice what they think campus issues are, much like Sustained Dialogue.

“My goal is that by getting these concerns from the student themselves, we’ll be able to create solutions that can prevent the big blow ups,” said Chung. “This is us trying to create an environment that is actually truly welcoming.”