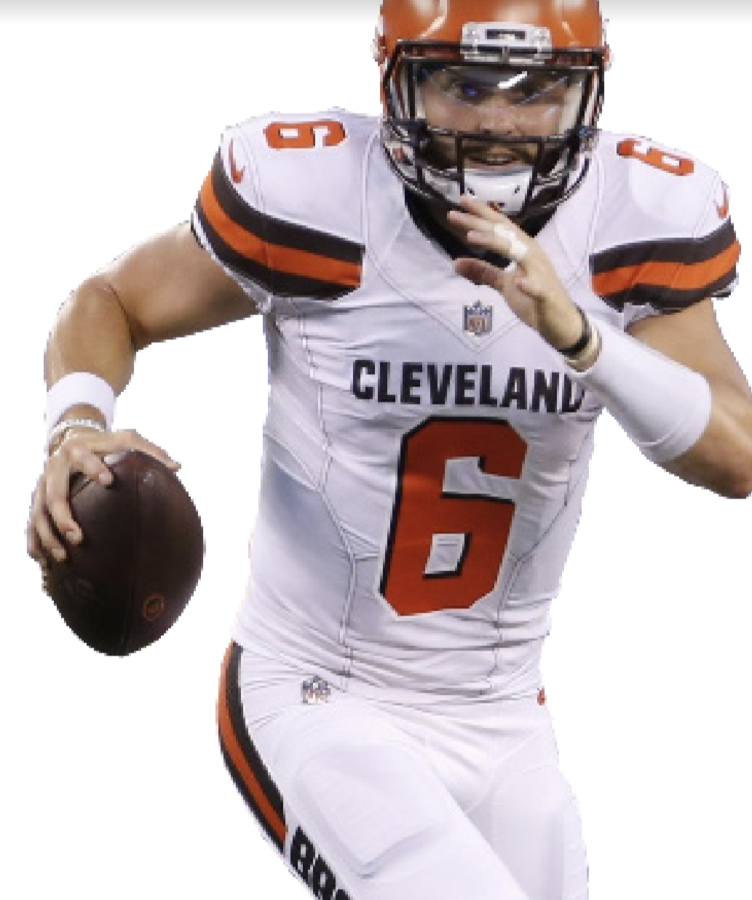 The Cleveland Browns kicked off their 2021 season in a bitterly familiar setting: at Arrowhead Stadium against the reigning AFC Champion Kansas City Chiefs. Back in January, the Chiefs narrowly bested the Browns, who had just come off their first playoff win in 26 years, in a 22-17 AFC Divisional matchup win. This past Sunday, the Browns returned to that same field with vengeance on their minds. The thrilling rematch proved to be an early contender for the most exciting game of the year.

The Browns got the first possession and ate up nearly half of the first quarter on their opening drive. Quarterback Baker Mayfield and tight end Austin Hooper worked in tandem in the air while running back Nick Chubb led the charge on the ground to help drive the Browns 75 yards downfield en route to a score. Mayfield recorded 51 yards on 5 of 7 passing, with 27 yards going to Hooper, while Chubb racked up 17 yards and a touchdown on five carries. Mayfield also scrambled for 7 yards. A Chiefs penalty on the original extra point attempt put the Browns in a favorable position to opt for a successful 2-point conversion attempt, which was run in by former Chiefs running back Kareem Hunt.

Kansas City then got the chance to retaliate, with star quarterback Patrick Mahomes and company getting the ball at their own 19-yard line. In August, Mahomes was voted as the best player in the NFL by other players, sitting atop the NFL Top 100 for the first time in his short, yet incredibly accomplished career. Entering his fifth year in the NFL, the former first-round pick has already led the Chiefs to the AFC Championship three years in a row. Additionally, he won the 2020 Super Bowl, the Super Bowl MVP title, 2018 NFL MVP and 2018 NFL Offensive Player of the Year.

Despite several solid plays from the Chiefs, including a 17-yard pass to monster tight end Travis Kelce and a 24-yard pass to speedster wideout Tyreek Hill, the Browns’ stout defense held the Chiefs to a 28-yard field goal from kicker Harrison Butker.

The Browns, all too familiar with the Chiefs’ offensive prowess, refused to get comfortable with an 8-3 lead on their second possession. Mayfield got to work immediately, launching a 44-yard bullet to rookie wide receiver Anthony Schwartz. Mayfield then found tight end Harrison Bryant for 17 yards before the end of the first quarter. A few short gains later, wide receiver Jarvis Landry ran the ball into the endzone on a 5-yard carry to put the Browns up 15-3. In addition to being an excellent receiver, Landry’s arm talent and shifty moves on the ground make him a Swiss army knife for the Browns, so fans can continue to expect him to throw, catch and run the ball this season.

The Chiefs’ unusually slow start on offense continued until Mahomes found Hill and Kelce on back-to-back completions for 41 yards. Two plays later, Mahomes scampered into the endzone untouched for a 5-yard rushing touchdown. The extra point kick from Butker brought the Chiefs within five points of the Browns’ lead, forcing the Browns back into an urgent position with the half winding down.

The Chiefs’ attempt at retaliation with three minutes to go in the half resulted in a punt despite a 28-yard reception for Tyreek Hill. Mayfield found tight end David Njoku on a deep pass for a 43-yard play to put the Browns near field goal range. A few poor plays, unfortunately, pushed the Browns out of scoring range, and the team desperately tried to tack on some quick points to close the half. Though Mayfield found Landry for 32 yards on fourth-and-31, the Browns threw several unusual lateral passes between Mayfield, Landry and Hunt that ultimately resulted in an unsuccessful possession to close the half. Regardless of this being unsuccessful, the Browns maintained a 22-10 lead over Kansas City.

The Browns’ defense came out of the locker room in the second half with a tall task ahead of them: to stop the Chiefs from mounting a comeback. The offensive juggernaut routinely slaughters top defenses in the league and has proved that no lead is safe from them. They famously climbed back in the 2019 playoffs against the Houston Texans, winning 51-31 despite initially trailing 24-0.

Unfortunately for Cleveland, the Chiefs found their momentum and stormed downfield with their loaded offense. Several short plays culminated in an 11-yard score on a touchdown pass from Mahomes to Kelce, a Cleveland Heights native who set the single-season receiving yards record for a tight end last year. Butker nailed the extra point to give the game a familiar 22-17 score, though this time it was the Browns with the lead.

Though Chubb got all the attention on the Browns’ next possession, his fatigue began to show. He carried the ball on all three plays of the drive, fumbling on the last one and losing the ball to Chiefs linebacker Ben Niemann. The Browns’ costly error gave the Chiefs solid field position which resulted in a 43-yard field goal from Butker to put the Chiefs within two.

Cleveland regained possession as the third quarter drew to a close and the nervous energy in the stadium began to amplify. Mayfield found Njoku on a deep ball again, connecting for 30 yards before the running backs took over. Chubb picked up 15 rushing yards on the next three plays before Hunt punched it in from 2 yards out to give the Browns a much-needed touchdown and some breathing room.

Down 29-20 in the fourth quarter, the Chiefs made sure that Cleveland’s cushion didn’t last very long. True to form, Mahomes uncorked a punishing 75-yard missile to Hill for the touchdown on the only play of the 14-second drive. As if that wasn’t disastrous enough, the Browns collapsed on their following possession, as punter Jamie Gillan fumbled the ball, recovered it and was tackled on fourth down for a turnover on downs catastrophically deep in Cleveland territory.

With only 15 yards to go, the Chiefs hardly needed Mahomes’ cannon arm to make short work of the Browns as he quickly found Kelce for an 8-yard touchdown pass. Though the Browns were able to stop Kansas City’s 2-point conversion attempt, they trailed 33-29 and needed a touchdown to reclaim the lead.

Cleveland struggled to regain any momentum they had early on, going three-and-out and giving the Chiefs the ball right back. Fortunately, the defense was able to hold it together, sacking Mahomes and forcing a rare punt out of the explosive Kansas City offense.

The Browns now had fewer than three minutes to go 83 yards and score a touchdown. Their efficiency was clearly waning and they could only pick up 8 yards before hitting the two-minute warning. A short 4-yard pass later, Mayfield finally connected for a decent gain as he found Hunt on a 19-yard pass to put the offense near midfield.

As fans everywhere waited with bated breath, the Browns took their final snap of the game. The Chiefs’ pass rush quickly chased Mayfield around the backfield. In a fit of desperation, the Browns quarterback unwisely chucked the ball across the field, leading to an interception by Chiefs cornerback Mike Hughes that once again sealed the defeat for Cleveland in heartbreaking fashion.

The Browns hope to rebound in Week 2 as they host the Houston Texans, who pulled off a big Week 1 win over the rebuilding Jacksonville Jaguars.

Correction: This article originally described the Browns’ lateral play that ended the first half as being a blunder. Though this play was unsuccessful, it wasn’t a blunder because this strategy was low risk, high reward due to there not being much time left in the half. As such, we changed the language within this article to better portray the consequences of these plays.