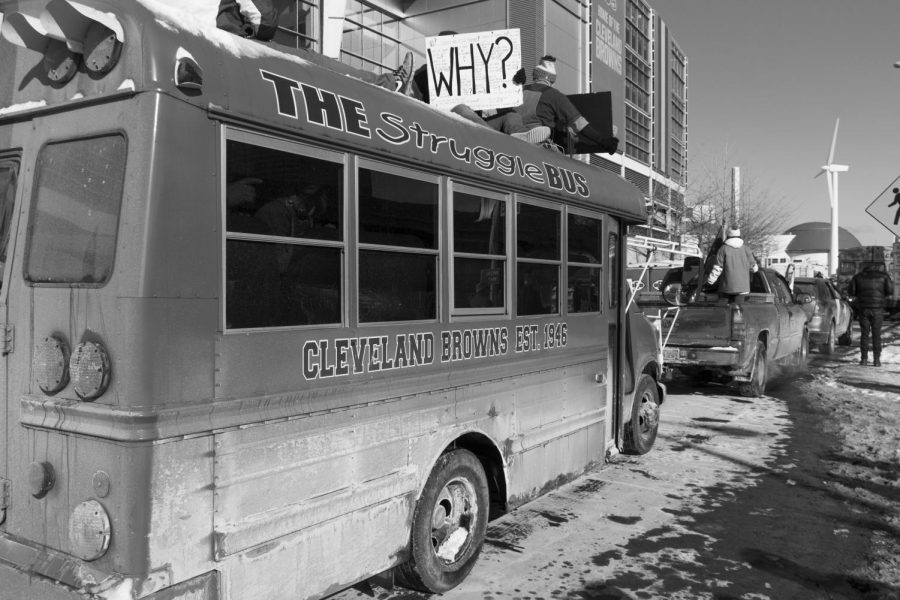 The Cleveland Browns currently have two of the top-five draft picks. They need offensive weapons to rebound from their 0-16 season.

The 2018 NFL draft begins April 26, and the Cleveland Browns are in an enviable position. After suffering through an 0-16 season, the Browns will have the first overall pick along with the fourth overall pick, opening a realm of possibilities for what the team could do to secure their future.

This seems like the wrong move for two reasons. First and foremost, the Browns do not need another undersized, Heisman trophy-winning quarterback who has had a history of on- and off-the-field problems. Where is Johnny Manziel, again? The second reason they should not take Mayfield first overall is because of the decent chance he could still be on the board with the fourth overall pick.

Regardless, I don’t think Mayfield is worth the trouble; Darnold is a more polished quarterback who won’t give you trouble off the field. The Browns have one chance to reverse the direction of the organization and start playing winning football again, and they don’t want to mess it up.

Another major area of need for the Browns is in their secondary. With their fourth overall pick, it is possible the team could take Ohio State University cornerback Denzel Ward. Ward is widely considered the best overall cornerback in the draft and would be an immediate fill in for the team.

Despite the Browns having two top-five picks in the first round, they will also have three second round draft picks as well. While the team could generally see an improvement across their ranks, one area of concern would be the offensive line. Due to the high volume of quarterbacks who will likely go in the first round, there will still be great talent in rounds two and three. With the retirement of offensive tackle Joe Thomas, a fixture on the offensive line for years, the team could very well pick someone up in round two with all of their picks.

It is also possible that after the Browns secure their quarterback first overall, they could trade their fourth overall pick to get more picks in the second and third rounds, presumably along with a later first round pick. In this case, they would likely not go for Ward, as he will likely be off the board early. A last major consideration for the Browns would be to draft Pennsylvania State University running back Saquon Barkley, widely considered to be the best overall player in the draft and the least likely draft bust. Barkley may also be available at the fourth overall pick. Critics of this method point out that running backs could be taken in the later rounds and still be productive. Either way, the team has a lot to think about.

The Browns have a chance to catapult their team to relevance in one draft. While they have plenty of routes they could take, first and foremost, they need to draft a quarterback who will be the future of their organization for the next decade. All other problems could be addressed later on. It will be exciting to see what they do this year.

Browns first round picks since last playoff appearance in 2002