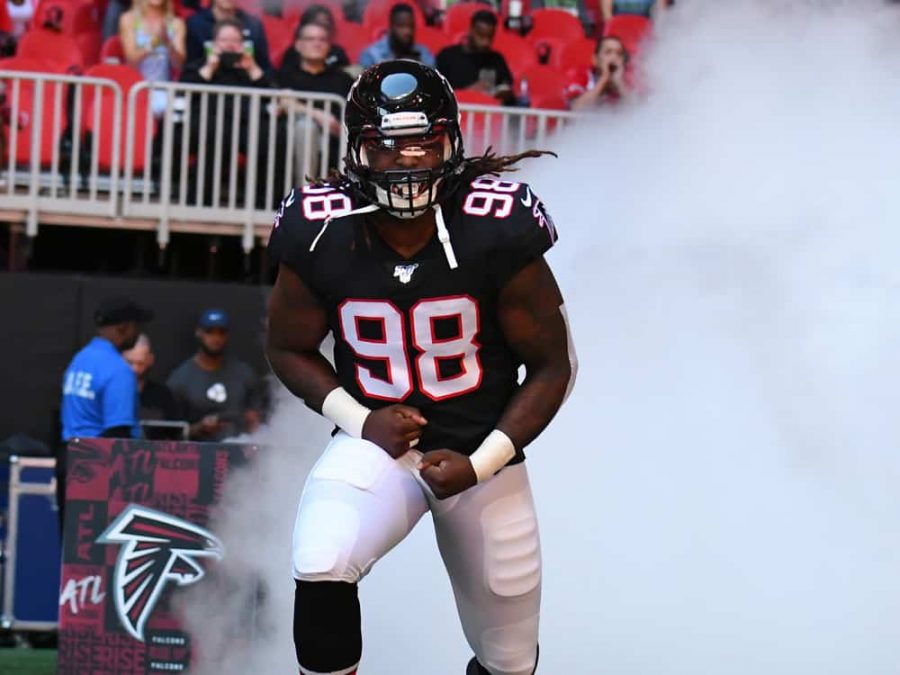 Defensive end Takkarist McKinely was signed by the Browns on March 18 and hopes to bolster the Browns' defensive squad.

The NFL new league year kicked off on Wednesday, March 17 and the Cleveland Browns have been strangely quieter than most this offseason.

After the Tampa Bay Buccaneers defeated the reigning champion Kansas City Chiefs in Super Bowl LV in early February, teams across the NFL began to make trades and sign stars to improve their chances at a title.

Though several other teams have made personnel changes, the Browns’ front office has made very little noise two weeks into the new league year.

Reeling in the likes of wide receivers Odell Beckham, Jr. and Jarvis Landry, running back Kareem Hunt and tight end Austin Hooper all within the last few years, the Browns have quickly transformed into an organization known for an aggressive pursuit of starpower. Though these additions helped turn the team into an offensive juggernaut in 2020, the Browns defense ranked 21st in points allowed per game.

Unfortunately, this subpar defense led to the team’s downfall in the second round of the playoffs following an impressive 11-5 season. In the divisional round, the Browns’ defense had trapped the Chiefs’ offense in a long third down situation. The Browns had a strong chance to get the ball back for the offense to make a comeback. However, Chiefs’ backup quarterback Chad Henne gashed the Browns defense for a first down, allowing the Chiefs to run the clock out with the lead and eliminate the Browns from the playoffs.

Evidently, the Browns had their offseason work cut out for them on the defensive side. Perhaps the most important defensive addition to the Browns’ secondary is former Rams safety John Johnson. In his first four years in the NFL, Johnson racked up 8 interceptions and 32 pass deflections for Los Angeles while allowing 0 touchdowns. Johnson will bring a veteran leadership role to a pass defense that desperately needs some.

The Browns strengthened their defense with other signings as well. The day of the John Johnson deal, the front office also brought in defensive end Takkarist McKinley, a former first round pick who spent his four years in the NFL with the Atlanta Falcons. Though McKinley didn’t see the field much in 2020, his presence will add depth to an already stout defensive line led by 2-time Pro Bowler Myles Garrett.

In the days that followed, the Browns continued to collect defensive pieces. They re-signed linebacker Malcolm Smith and cornerback Brian Allen while bringing in some fresh faces in linebacker Anthony Walker, cornerback Troy Hill and defensive tackle Malik Jackson. Smith, a former champion with the Seattle Seahawks, and Jackson, a former champion with the Denver Broncos, both bring nine years of NFL experience and a championship mentality. Jackson earned Pro Bowl honors in 2017 and his resume boasts a noteworthy 35 career sacks. Meanwhile, Hill led the NFL last year in pick sixes with 2 and interception return yardage with 119.

Though not a star-studded offseason thus far, the Browns have addressed their defensive holes through depth additions. As reigning AP Coach of the Year Kevin Stefanski enters his second year in Cleveland, Browns fans can expect to see even better results, given the recent signings and an expected increase in the team’s familiarity with Stefanski’s system.