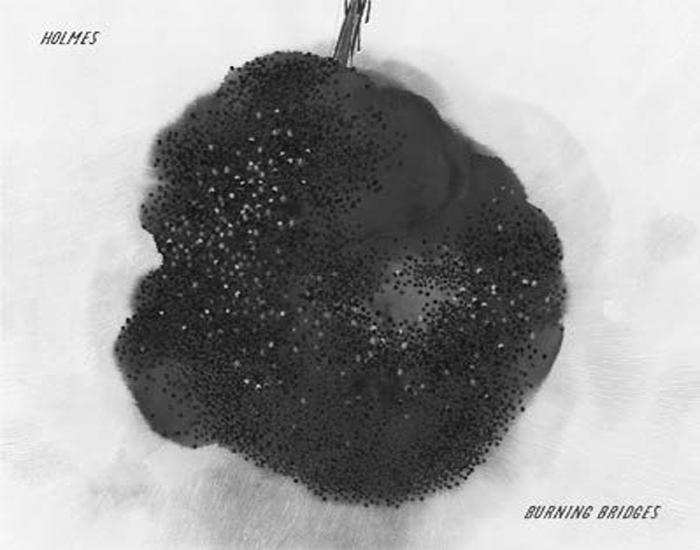 Growing up in the heyday of 1990s hip-hop does something to one’s musical perspective. So does going to punk rock concerts every week. Members of the nearly decade-old alt. country band Holmes cite both of these things as defining parts of their sound. However, when listening through the band’s upcoming third full-length album, Burning Bridges, one would never guess that these mellow Swedes are huge fans of the Wu-Tang Clan.

It has been two years since Holmes’s last album, Have I Told You That I Loathe You, and the band has definitely tightened up their sound. This may be due to producer Per-Ola Eriksson hiring a new sound engineer, Torbjörn Lorén, for this album. Regardless of why Burning Bridges has such a well-polished sound, the album is a major step forward for Holmes, although overall it is no pinnacle recording.

Holmes’s use of modern electric instruments as well as traditional folk instruments and slide guitar creates a mellow, semi-hypnotic sound. Lyrically, the band struggles to impress. Front man Kristoffer Bolander sounds shockingly like a hybrid of Ben Gibbard and Marcus Mumford, which works well with the band’s instrumental sound. Holmes’s catchy instrumental parts make up for their lyrical unoriginality, although many of songs sound like reworks of older Holmes works, like they re-envisioned their past.

The first track on Burning Bridges, “Brothers,” is a prime example of how Holmes has tightened up but not expanded their sound. The track sounds like a slower version of “Malysz” (a track off their last album). Don’t get me wrong, the song is good, but it makes you feel like if you’ve heard one song you’ve heard them all.

Burning Bridges is a great album if you are looking for something easy to listen to (think generic indie film soundtrack). It isn’t groundbreaking or thought-provoking, but it isn’t boring. Hopefully, Burning Bridges may be just a stepping stone for Holmes, with bigger and better things to come from the band in the future.