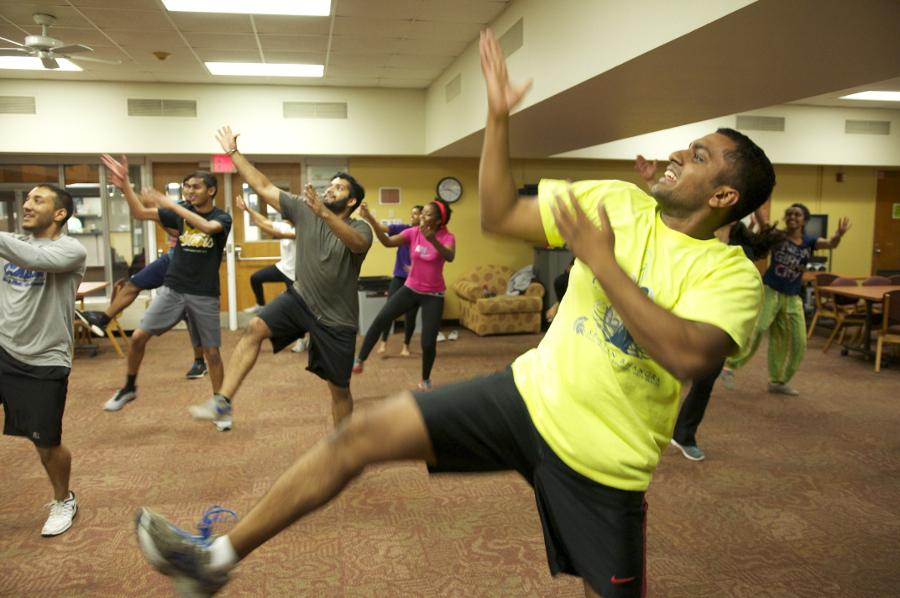 Students perform in Wade, one of the few spaces on campus that dance groups are able to practice in.

They could dance all night, but first they need a floor.

Case Western Reserve University’s 10 student dance groups are currently engaged in talks with the university over the lack of consistent practice spaces, an effort spearheaded by Swing Club President David Aghassi. Negotiations began last April and are coming to a head now with the opening of the new Tinkham Veale University Center (TVUC).

Dance groups currently practice in a variety of locations around campus. However, because the university does not categorize them as athletic groups, they are often relegated to second-tier practice spaces or are kicked out of spaces to accommodate the sports teams’ changing schedules.

“We essentially have no power when it comes to locations,” said Daisy Wu, the president of Urban Elements. “If [sports teams] say we have to go, then we have to go.”

Prompted by inconsistent meeting locations and by injuries caused by unsafe practice floors, Aghassi and the Swing Club decided to create a petition to find a space for the dance groups. The document, signed by over 50 student dancers from seven signatory groups, listed dance groups’ grievances and proposed a list of solutions.

“The nice part about this is that everyone is working together from a team approach,” said Stark.

Among the proposed solutions is making use of the Thwing Ballroom, which became more available due to the many events and programs moving to the TVUC. However, this is a complicated issue because of the structural instability of the ballroom.

Information on the ballroom’s potential for cave-in dates back to the 1990s. The university is currently conducting a new engineering survey of the space to learn the actual risk associated with dancing in the ballroom. However, for now, the ballroom isn’t a viable option.

Another potential location is TVUC’s ballroom, even though its carpeted floor would need to be covered by a removable dance floor. That would cost approximately $10,000, but renting out the space with the dance floor for events such as weddings could result in profit in the long term.

For a more immediate solution, Stark said that the Office of Student Affairs is looking into renovating the workout space located behind the Village Starbucks. However, he noted that the small space makes it an insufficient long-term solution.

Looking forward several years, Stark said that the new Milton and Tamar Maltz Performing Arts Center will eventually be able to provide a permanent solution to the dance groups’ problems. In the mean time, though, the dance groups are still looking for somewhere to go.