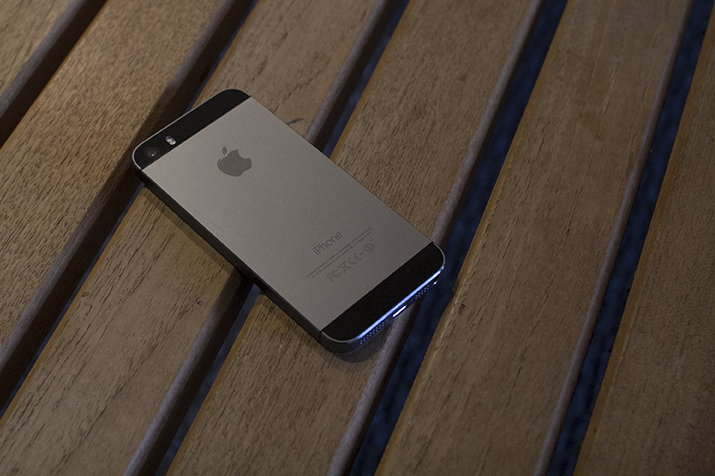 The iPhone 5s, released late last month, has a fingerprint scanner as an added security feature. It acts as a lock screen password.

Most security alerts that Case Western Reserve University students receive seem to involve stolen cell phones. According to CWRU Police Department Sergeant Jeffrey Daberko, this is not unusual since one in three robberies in the university involve cell phones.

The iPhone 5s, which was released late last month, includes security updates intended to protect an iPhone’s content. One of these updates is a fingerprint scanner that works as a lock screen password. The fingerprint scanner is used in addition to a security PIN, which must be entered after the phone is restarted and after 48 hours of inactivity.

Daberko says the scanner will likely make it harder for thieves to unlock and hack into stolen phones. However, he adds, as only half of iPhone owners use the password feature at all, the scanner “is only as useful as people make it.”

He encourages phone owners to use their phone’s password lock and to know their phone’s serial number, which helps police track or trace a phone. Phone owners can also use the Find My iPhone feature (and the Lookout App on Android devices) to track a stolen phone. Recent iPhone updates are also making it increasingly difficult for a thief to reset a phone to factory settings, as an iPhone cannot be erased without the phone’s Apple ID. Still, it is usually easier to prevent phone theft than recover a stolen phone, and Daberko advises students not to leave their phones unattended in public areas.

He encourages students to pay attention to their surroundings, especially while talking on their cell phones, and to “think about using one ear bud instead of two when listening to music while outside, just to maintain a little awareness.”

When a cell phone is stolen, CWRU police encourage the owner to report the theft as soon as possible.

“Often thieves will seek to sell or dispose of phones within hours of a theft,” noted Daberko, so early reporting is essential. Police then track the phone based on its security features.