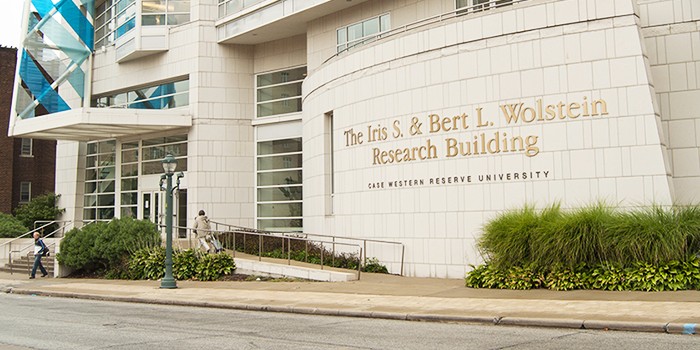 Contractor stole $13,000 worth of electronic equipment

Twelve laptops, three cameras, and two iPods: these are the items a contract security guard stole from the Iris S. and Bert L. Wolstein Research Building during his brief employment at Case Western Reserve University.

Demeterious Cathey, 21, worked at the university for less than two months and stole the items between Aug. 3 and Sept. 6, according to CWRU chief of police and director of security Arthur Hardee. Cathey was arrested on Sept. 6.

“The [police] department’s detective was able to [link Cathey] to the thefts by reviewing the…camera system and checking for building access to monitor who was inside the building on the dates of the thefts,” he explained.

CWRU Police and Security Services estimates that Cathey stole $13,000 worth of electronic equipment prior to his arrest. Because the amount exceeded $5000, the state of Ohio was able to charge Cathey with one count of grand theft, in addition to one count of aggravated theft and three counts of petty theft.

As stated in the case summary, made available by the Cuyahoga County Clerk of Courts, a grand jury indicted Cathey on Oct. 1. Cathey was incarcerated until his arraignment on Oct. 16, at which time he posted the court’s defined bail of $10,000.

News of Cathey’s arrest gained very little media attention and was inaccurately reported in Cleveland by WEWS TV, which is the city’s local ABC affiliate and commonly known as News Channel 5. The online report, published Oct. 2, falsely indicated Cathey was arrested on Aug. 6, rather than Sept. 6.

Additionally, the article’s headline refers to Cathey as a “Case Western Reserve University security guard,” rather than as contract security guard employed by Ohio Security Services (OSS). The official CWRU logo was chosen to embellish the posting.

As a contractor, Cathey did not work directly for the university, although OSS personnel are highly integrated with CWRU Police and Protective Services. According to Hardee, OSS employees provide security for the campus parking facilities, supplemental security in certain university buildings, and staff the Safe Ride Program.

“OSS…officers are non-sworn, thus they have no arrest authority,” he said. “Their authority is limited to basic security functions only, [and all] security staffing is centrally managed under the Office of Facility Security and/or CWRU PD.”

Hardee went on to note that, despite this incident, OSS’s performance over the long term has been good, and they execute the criminal background checks required in Ohio for all contract security employees.

“As frustrating as it is to acknowledge, no amount of screening or technology can guarantee against criminal behavior,” Dick Jamieson, vice president for campus services, said. “In the end, personal will and conscience often can be the deciding factor in whether an offense takes place.”

“It is a common practice, both in the private sector and [in higher education],” he said. “CWRU has had contracted security coverage for at least the past 25 years…and no incidents of this nature have occurred despite tens of thousands of service hours being delivered.”

Inquiries directed to OSS’ corporate headquarters were not answered by the time this article went to print.

Following Cathey’s guilty plea, the school is now directing its efforts to measuring the crimes’ toll, while working to prevent future occurrences.

“[W]e are being even more vigilant in our oversight of contract security staff, and have asked our contractor to do the same,” Jamieson said. “In addition, we encourage members of the campus community to take all reasonable precautions to protect their property.”

The site of the thefts, the Wolstein Research Building, is one of the primary experimentation facilities for the CWRU Health Sciences Campus and University Hospitals Case Medical Center; thus the opportunity for sensitive data entering the wrong hands remains, especially since not all computers were recovered.

“None of these [computers] had sensitive data,” said Thomas Siu, chief information security officer at CWRU when asked if vulnerable information was compromised. “But this whole experience told us something interesting…it told us what happens [after the] machines are taken.”

Upon stealing the computers, Cathey wiped the hard drives before reinstalling the Windows operating system and selling them the following day, Siu said.

In addition to revealing how criminals may handle stolen computers, Siu noted this incident reemphasizes the importance of securing data before an unfortunate event occurs.

According to Siu, university faculty and staff are required to use the enterprise version of Identity Finder, a software client that searches and removes (as instructed) critical identifying information, such as social security numbers, credit cards, bank accounts, and passwords.

The software is available at softwarecenter.case.edu, and should be run three times a year: once each semester and once during the summer. A version of the software for students is also available.

Siu additionally recommends LoJack for Laptops by Absolute Software, which CWRU offers at a 58 percent discount. The software can locate a computer in the event of theft, while the accompanying theft recovery service makes retrieval of the machine even more likely.

“When [preventative] steps are taken, then a stolen computer is not a crisis,” he said.