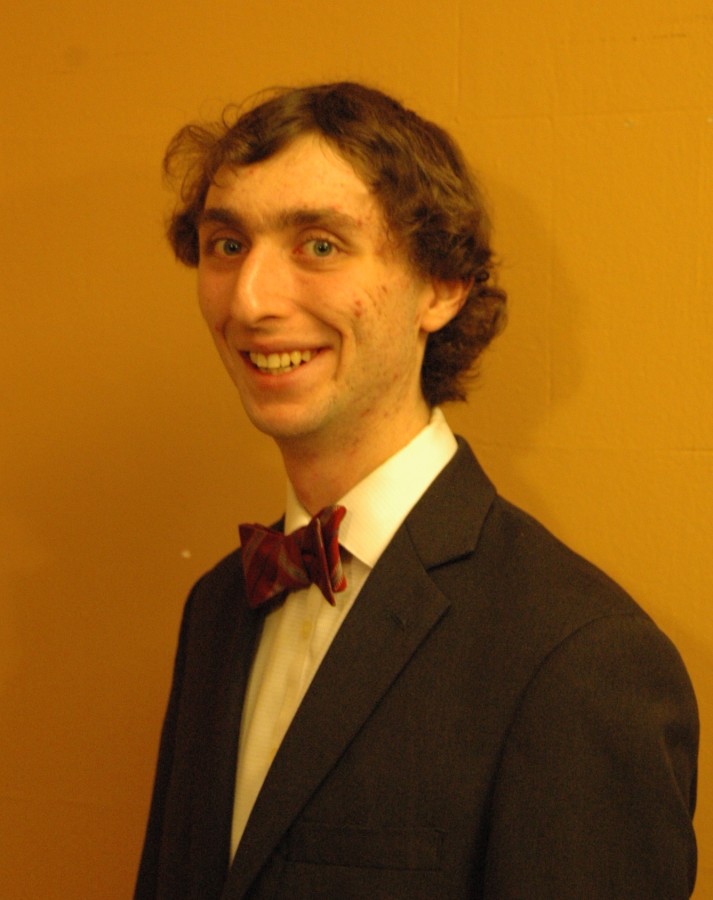 “The short answer is because I think it’s a place I can do a lot of good in trying to make the campus a better place. I think that, historically, USG hasn’t necessarily done enough with student life specifically. I’d like to change that. They have the ability to do a lot more than they’re doing. They’re primed and they’re on their way up. I think they’ve made a lot of improvements. Trying to make things better for the people around me is a thing I’ve always been passionate about. I think that the way the USG, we tend to have our executive council, it tends to be only people who have been with USG for a while. There is some merit there because you have people who know how things work. But USG is a large time commitment, and when you’ve been there for a while you’re not doing other things and you get stuck in that way of thinking. I think you need someone like me who has been actively involved with other stuff to balance it out.”

How do you plan on communicating with the student body?

“There’s the traditional methods of advertising Student Life meetings of posters and chalk and emails, and I don’t want to stop doing those. Those are important and they’re traditional for a certain extent because you get a lot of bang for your buck as far as visibility, but that’s not the only way. I like the second degree approach. If postering and chalking is first degree, the second degree is finding people who have communication networks prebuilt, like Greek chapter presidents, club presidents and athletic coaches, and talking to them one on one, having them try to spread the word. I also want to have a monthly open forum. Trying to get people to go to that and know about that and think that its relevant is important, and having people who they know pass it on is much more likely to be read and considered.”

You say in your letter of intent that the three big initiatives you’d like to focus on are inclusion, mental health, and sexual misconduct. How do you plan on pushing those forwards, and what are your ultimate goals?

“I don’t think I should be the one to decide which specific initiatives to push for per se. The way that it typically works for the vice president of student life is that they’ll have a list of initiatives based on inputs from students and constituents. That list will often be significantly larger than the amount of reps. One of the more difficult parts of being the vice president of student life is determining the order of those initiatives. I think that those three things would be much more likely to fall into those top ten for me. I think that those are things that are important to the student body. I don’t want to push my own personal objectives, but I do think that those three things have gained a lot of traction on campus lately and are big issues on campus and nationwide. I want to have initiatives on those and make sure that the people who are decision makers in those three areas, like the directors of University Counselling Services and the Women’s Center, that we sit down and talk with them very early on so I can be able to pick up my phone or email and talk to them.”

“I want to have one open forum every month and I want to push that very hard to get people to show up. I want to make sure that those are effective so they start snowballing. But I’d also like to, if possible, try to have more people just showing up from the community at large to anything the student life committee does, because its hard to represent student life without students. That would involve things likes scheduling meetings in public places or near places that are going to be crowded. Make it much easier for people to stop in. If possible, one thing I was considering, is having either the open forum or one meeting a month move around in time and location so that it can be immediately preceding or after some large event. Acts of Random Kindness is one of our highest membership clubs on campus, so maybe having a meeting directly after them so that people who are there already will just stay there anyways. The problem with having it different locations is that it will be harder for regular representatives to attend, which is a tradeoff, so I would only want to do that for some of the meetings.”