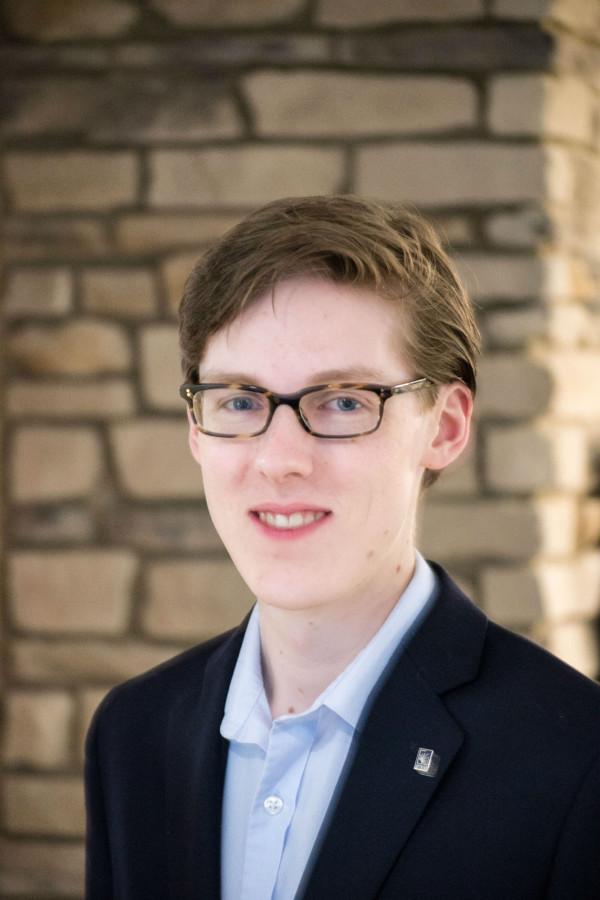 “I think I’m the best candidate to make the change. I think student life in general needs more accessibility, more collaboration and more accountability. With the accessibility part, for instance, our meetings are at 6:30 p.m. on Fridays, no one is ever going to come to a meeting at that point… I think it’s not an inherent strategy to make people not come to our meetings, it just happens to be the time when most representatives could come, but it doesn’t necessarily make it the best time. I think little changes on that front could be huge. With collaboration, the university is facing a lot of big problems that need to be addressed shortly, like diversity and inclusion, food. Those are all areas where are a lot of parties are involved. I bring a strong background in collaboration, I enjoy collaboration, and that strategic thinking in focusing on tangible goals you can accomplish.”

What is one initiative that you really want to complete in your first semester?

“I think something thats very easy to do in first semester would be a new version of NextBus. It’s something that vice president for campus services Dick Jamieson has now seen first hand. He’d never ridden a Greenie until a couple weeks ago, and it was late according to the app. He has finally come around to the idea that we may need a new service to track the buses.”

What is the thing you are most proud of in your time in USG so far?

“I’m going to say the dance floor. Back in September, I was thrown into this meeting and I didn’t know what it was for… It was over the concern over the lack of practice space for dance groups. The first thing that really came out of it was the Village Gym being turned into a new practice space.Though I didn’t see that to completion, the idea came out of initial meetings I was involved in. So finding that solution, which is a medium solution. Then the idea of purchasing a removable dance floor for the Tinkham Veale University Center. Once we decided on that, I worked to bring in Randall Barnes [TVUC General Manager], kept working with Jen Brown [Coordinator for Residential Program Centers], brought in David Aghassi [president of Swing Club] of the dance groups and we all sat down and said what do we want. It was this idea that we wanted something that was flexible, portable, well made and versatile. Then we went through a bidding process and we had all these options in front of us, and everyone had an issue with an option, but nobody wanted to say lets throw out all our options and bid again. It was one of those things where you had to keep the long term goal in mind. You had all these options but you could do better. I was really proud of saying we can do better, lets do better… It was something I wasn’t planning on doing this year, but its something I’ve become really passionate about.”

In your letter of intent, you mention wanting to work to improve University Counselling Services (UCS). What are your plans for this?

“I would first and foremost like to see the UCS calendar revised. There are not enough current appointments. If you call UCS right now, you’re probably going to get an appointment in a couple of weeks. With mental health issues, this is not really an appropriate timeline if there is no one to talk to in the intermediate… There needs to be some sort of ability to see someone that isn’t just the helpline overnight. I’d also like to see additional programming out of their office, maybe not run by them, but focused on that interim period… I’d really like to see a version of the Safe Zone training more focused on mental health.”

In your letter of intent, you also mention working on diversity and inclusion. How do you plan on working on this?

“Diversity and inclusion is naturally hard though because its not a tangible thing, its very much a cultural shift. I would like to tackle diversity and inclusion and school spirit and pride together because I think they’re inherently linked. I think as people are more proud of going to CWRU and of the other people who go to CWRU they will be more accepting of the other people in the community… I would also like to see some diversity training implemented. Currently, the Office of Multicultural Affairs (OMA) is piloting a Diversity 360 program that I went through a beta test of… I would like to see this incorporated as a part of the SAGES curriculum… It’s finding ways to foster those conversations and get people talking to one another.”