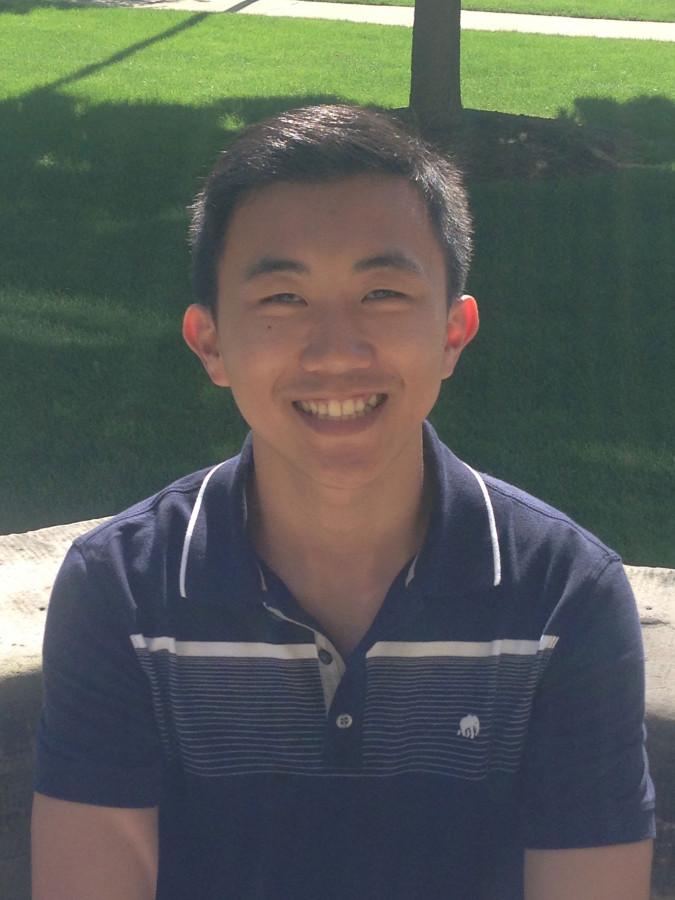 What is one initiative that you really want to complete in your first semester?

“I want to promote a change in the way that students think about USG and show that we care as an organization. The goal is to increase the feeling of community. I really want to take more of a focus on approaching the students directly and reaching out to them and showing them that we are here for them, we were elected by them to serve them. I want to extend personal invitations to students across campus to come to general assembly (GA), committee and caucus meetings. We say our meetings are open to the public, but it’s kind of empty sometimes. I really want to make more of an effort to reach out and show them that we really do want to hear their opinions… I would also like to create the USG approval ratings poll to really gauge the student opinions on our performance, whether or not we’re living up to their expectations and their standards as well as our own responsibility to publicize what we’re doing.”

What do you see as the most persistent recurring issues on campus?

“I think there’s a disconnect in how issues are related to either student organizations or directly to the administration. I would like to centralize that system and streamline the process of getting student issues addressed in a more effective manner… For example, the removal of the Starbucks discount wasn’t communicated effectively to students or in a timely manner. In response to it, students were unable to effectively indicate their problem with the change. They didn’t know whether to go to administration directly, go to the Residence Hall Association (RHA), or go to USG. I want to increase the level of communication between student organizations, between students and organizations and between students and administration. Issues as they come up should be addressed quickly and in an effective manner.”

As president of USG, what actions would you take to solve some of the more recurring issues on campus?

“Definitely set the expectation to the administration at the very beginning by sending out the organizational chart of every member in USG that we are here to represent the students, that they should be receiving communication from us, not just the executive board but all of the representatives, and that they should be expected to meet with us to initiate positive change on campus. Getting that clear in the beginning should start us off strong to help us address issues continued from previous years or that pop up throughout the year. Also, to strengthen the bridge between us and the students is make sure we have a stable, consistent and prominent feedback system that students can easily access, that we can go through in a relatively quick manner and extrapolate what students are trying to see improved or changed on campus.”

What is the thing you are most proud of in your time in USG so far?

“I think this past year, I’ve been really proud of the progress that we’ve made, but I think I’m more proud of the fact that students are realizing what we’re doing. A lot of things go into how they’ve come about. I’m really proud of the fact that my representatives have been able to grow and take on initiatives themselves and work with administration to initiative these changes, like the Tinkham Veale University Center (TVUC) meal swipes, BusBuzz and the Village gym being turned into a dance space. These initiatives that have a direct impact on campus experience have been led by these representatives who feel more empowered to represent student issues. Students are also more aware of this potential and able to see the changes that we’ve made… It’s just a really satisfying feeling to be able to know that they appreciate the work that we’ve been doing. I’m proud of the progress that we’ve made so far but I think we can still do a lot more in making sure everyone on this campus is aware of what we’re doing and feels comfortable enough to approach us with any issue that they have.”

As a member of the Student Executive Council (SEC), what role do you see yourself taking? Editor’s Note: Ma currently serves on SEC as the Thwing Study Over co-chair.

“I really do appreciate the discussion about restructuring SEC. One of the proposals that came forth was from Chippy Kennedy and Taylor Gladys, the other from Victoria Robinson. Having read through them, I think there are good ideas from both, but I think that there needs to be more discussion on it. I think we need to make it an overarching goal for the entire year. If we were to implement a change on such a massive scale, to make any changes to the structure of the organization, I think there needs to be a full semester at least of working out the details of the plan, and then a trial semester, hopefully second semester, of seeing how it works out before it gets passed on to the next SEC executive board. I think the ideas were very good, but they were presented kind of hastily. It’s not the ideal. I would really like to work first semester with the entire SEC on brainstorming potential changes, finalizing a plan by the end of the semester and spending the second semester implementing what our vision was, and then at the end of the semester evaluating it.”

You mention in your letter of intent that you want to create a poll to assess USG’s approval ratings. How do you get people to answer the poll?

“I think to begin with really making our presence more known. Feedback Friday is one example that I think we’ve used to get more student feedback. Initially, I would really like to have more of a presence and establish that this is something that is going to be recurring. I would also like to do tabling, and go to classes and student organization meetings… My goal is to have a relationship with the student body and be more direct on how we solicit feedback.”

How do you plan on holding vice presidents and representatives accountable?

“I think for each of the representatives that serve on the committees, the vice president should be holding them accountable and I will review goals or steps in which we can do that. For the executive officers, I plan on having monthly one-on-ones, which I think is feasible because right now I have biweekly one-on-ones with all of my representatives. Having those one-on-ones to check up on what they’re doing, how they’re doing and if they need any support from myself or other executive boards. Its also a good way to talk about any internal issues they may have and be a facilitator in mediating potential conflict that may arise. Having this facetime with each of the executive officers will let me see what the issues are and address them directly. If someone is not doing their job, I’ll talk to them and see what the reason is and if they’re aware of it… I also talked about an executive review of myself. The president should be held accountable for what they’re doing as well… My ideal would be to get to a point where someone could come to me directly to talk about what I’ve done wrong or haven’t been doing. That’s a good way to keep myself very accountable and develop the relationship between myself and the rest of the organization as well.”

You also mention “setting up a large-scale feedback system.” What are your plans for doing this?

“I want something that is fairly large-scale, that is able to reach any student on this campus, they’re able to see it anywhere. I think it needs to be heavily PRed. It could be a quick survey… I want a system that is updated regularly and sends students communication of what everyone on campus is trying to see, that is also easy to read, understand and navigate so they’re able to very quickly type in a criticism or an issue they’ve identified. I also want them to be able to get a response from a USG member within a certain period of time, so it’s a very dynamic process. They know to be expecting a response and they know that their feedback isn’t just going into a database that is not even looked at. They know that their opinion is actually being taken into account. I would really like to see some sort of communication from our part, that’s showing that we’re reading through each of their comments and taking it into consideration.”