Cannon: Speaking about addiction without stigma 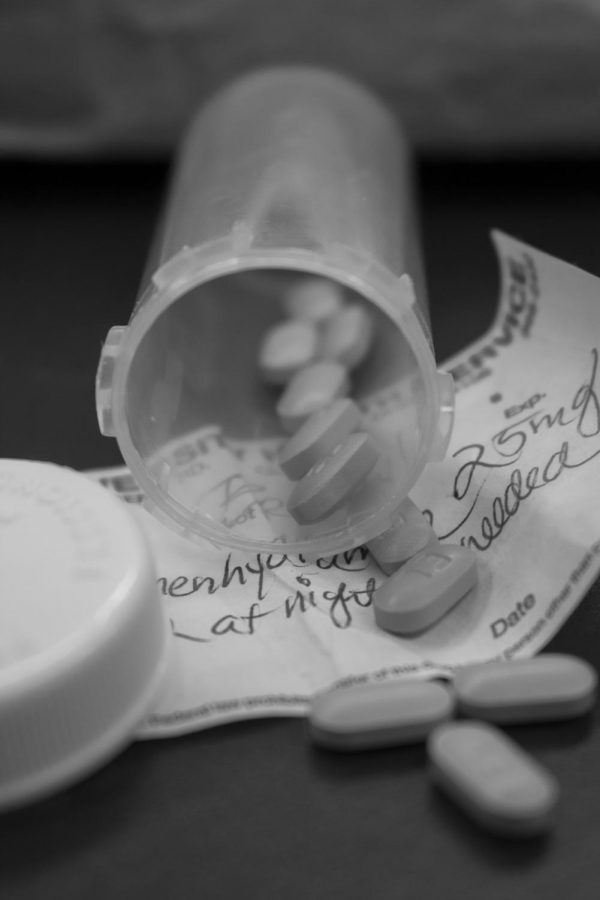 Anyone can fall into a drug addiction. We need to stop stigmatizing addiction and mental illness.

When you come from a family that has been dramatically affected by addiction, you have two choices: You passionately abstain from drug use, or you find yourself trekking the same self-destructive path.

We need to start speaking constructively about addiction without demonizing addicts.

My mother has struggled with alcoholism for as long as I could remember. She would have occasional bouts of sobriety throughout my childhood, but they didn’t last longer than a few months. My mother’s alcoholism nearly destroyed our relationship, and I wasn’t quite capable of understanding the sickness she endured until I began seeing her struggle being mirrored in my own life. I started to become everything that I once hated about my mother, and it took me years to understand how that process unfolded.

Around the time I turned 17, I first realized that I was an addict. I began drinking when I was 15, but I had also developed an addiction to Xanax. I was really torn between my academic career and being initiated into gang subculture. I was stuck in a mindset that kept me attached to the streets, and I couldn’t comprehend that it was possible to maintain my ties to inner city Cleveland without slowly killing myself through drug abuse.

My drug use started in the wake of my friend’s suicide. In the African-American community, mental illness isn’t something that’s typically acknowledged or unpacked. I grew up thinking that black men are supposed to be tough, strong-hearted, emotionally detached and determined to “man up” in the face of circumstances that threaten to destabilize the family infrastructure. These were characteristics that were enforced by my elders. You don’t cry. You don’t complain. You don’t talk about your emotions. You’re caged by this psychological defense mechanism of deflection. Emotions are seen as a vulnerability in my community, and you can’t afford to be vulnerable in an environment that is essentially structured to kill you.

No one really admits to the actualities of their traumas. You can’t grow up in one of the deadliest cities in the United States, watching half of your neighborhood smoke crack, seeing your best friends get murdered and truthfully think to yourself: “This doesn’t affect me.”

Many of us were far from being alright, and I know now that there’s nothing wrong with admitting that. Our society has to stop dehumanizing addiction and mental illness. If we continue to stigmatize either of these things, then we’re only perpetuating self-destructive behaviors that prevent addicts from seeking help they direly need.

It’s strange that I discovered sobriety and mental stability in one of the most unstable periods in my life. A childhood friend of mine was murdered after attempting to break into a house. Something about his death caused me to reexamine myself. I didn’t want to keep hurting other people, and I didn’t want to keep hurting myself. After his funeral, I moved between various family members in both Spain and Morocco for about a year. I came back to the United States with a different mentality, and I finally understood that I couldn’t keep running away from my past. I also accepted that I could never truly escape my addiction, but I could confront the underlying traumas that triggered my drug use in the first place.

I understand that sharing such a personal aspect of my life is capable of influencing how my peers and professors see me.

I refuse to be afraid to speak openly about my own life, because addiction shows no prejudice. My background is rooted in social cycles associated with the subculture of poverty, but I know for a fact that addiction exists rampantly outside of that realm. It doesn’t matter if you’re white and grew up in a picturesque cul-de-sac; the presence of addiction is universal. I know that there are people that will read this and resonate with my plight. And I just want them to know: You are loved.

My mom has been sober for over three years, and we’ve developed an inseparable bond. I used to have so much bitterness in my heart towards her, but through dissecting my own faults that were produced by the disease of addiction, I began to understand the roots of her actions. I’m grateful my mom found peace of mind; not because it caused us to become closer as a family, but because she took the accountability to want to live life for herself.

All addicts are human beings, and just because they don’t adhere to your false standard of what constitutes an actual human being, it doesn’t make them any less alive.

Christopher Cannon is a third-year student studying English and history.