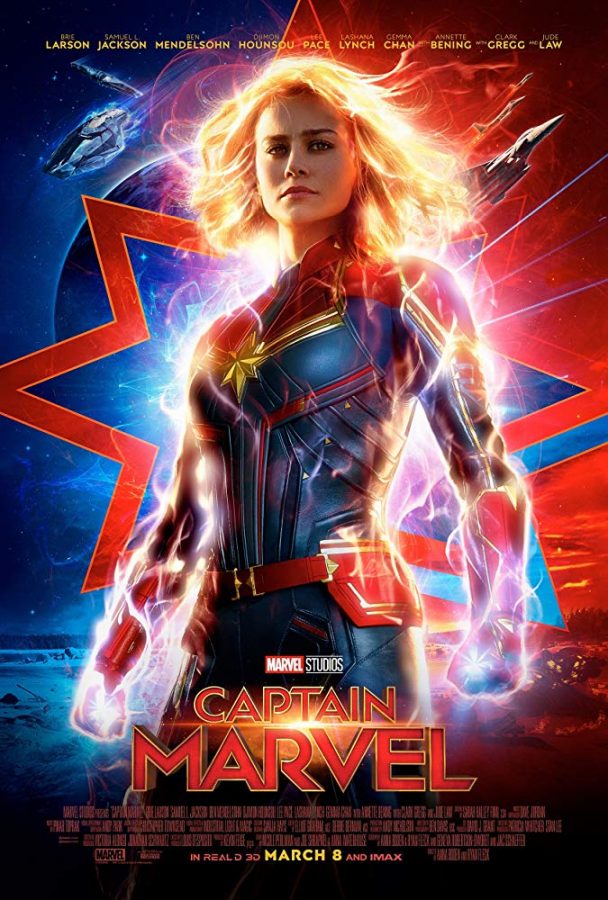 Leading up to its release, there was much anticipation and scrutiny of “Captain Marvel,” Marvel’s first female-led superhero film in the current Marvel Cinematic Universe (MCU). The commotion was fueled by Brie Larson’s commentary up until the release of the film regarding male critics, which resonated quite strongly, and at times, badly with various fans of Marvel and of the general population.

However, this review will look at the film holistically. Does it live up to expectations?  Not necessarily, but what we have is a decent Marvel film that could have done better as an early Phase One film of the MCU rather than as the penultimate film of Phase Three.

Chronologically the second film in the MCU, “Captain Marvel” follows the story of Vers (Brie Larson), an elite special operative for the advanced alien race known as the Kree who struggles with her intense, seemingly innate powers. She tries to prove herself to her mentor Yon-Rogg (Jude Law) as she struggles with her identity and memories of a past she does not remember.

Training to deal with their nefarious archenemies, the Skrulls, Vers is assigned to her first mission, which leads to her capture and subsequent arrival on Earth, where memories begin to return. Vers, referred to as Carol Danvers in her memories, begins to learn about who she really is and who she is destined to become, aided by S.H.I.E.L.D. Special Agent Nick Fury (Samuel L. Jackson) as they both attempt to suppress the Skrull’s hidden invasion of Earth, commanded by Skrull leader Talos (Ben Mendelsohn).

An unfortunate aspect to the film from the start is that, much like a multitude of other Marvel films—excluding work from Ryan Coogler, the Russo Brothers, James Gunn and Taika Waititi—there is no truly definite sense of director flair or style from the duo of Anna Boden and Ryan Fleck.

That is not to say that they don’t have a strong handle on their work, but it definitely feels very controlled and by the numbers at times, although the ways some sequences are shot possess a certain stylistic flourish to them.

Writing-wise, the film has a strong low-stakes plot that may disappoint some that were expecting something more bombastic. Although the plot is low-stakes, it is powerful due in large part to the Skrulls’ backstory—not Danvers’.

Danvers’ amnesia isn’t as interesting, but does lead to some striking sequences—specifically, the manifestation of her powers. Dialogue-wise the film is serviceable, if a bit stilted. Larson’s performance suffers at times due to this, as sometimes she does not have much to work with.

Larson’s performance as a whole is solid, although it takes a while for her to fully immerse herself as Captain Marvel. She does a great job with her comedic jibes and smart aleck remarks and eventually fits the role, so hopefully in future films she will continue to improve and grow.

The most impressive performance is by Samuel L. Jackson, presenting us with a less confident, but spry and earnest take on the early days of Nick Fury, working very well in a buddy-cop capacity with Larson.

Clark Gregg’s return (in the films) as Agent Coulson is welcome, but there is little for him to do regardless, which also extends to Jude Law and Annette Bening, whose performances were fine for what they were.

A surprising scene-stealer and scenery eater is Mendelsohn, who is always a joy to watch. The music is also decent as well, from the ‘90s song choices (the film is set in 1995) and a decent, if forgettable electronic score.

Overall, “Captain Marvel” is not necessarily anything to boast about, especially with “Shazam!” the DC version of Captain Marvel, offering up a better take at identity and small-scale poignancy.

“Captain Marvel” is still an entertaining and enjoyable addition to the Marvel canon but would’ve been better if we had not already seen an origin story like this before in the earlier phases.