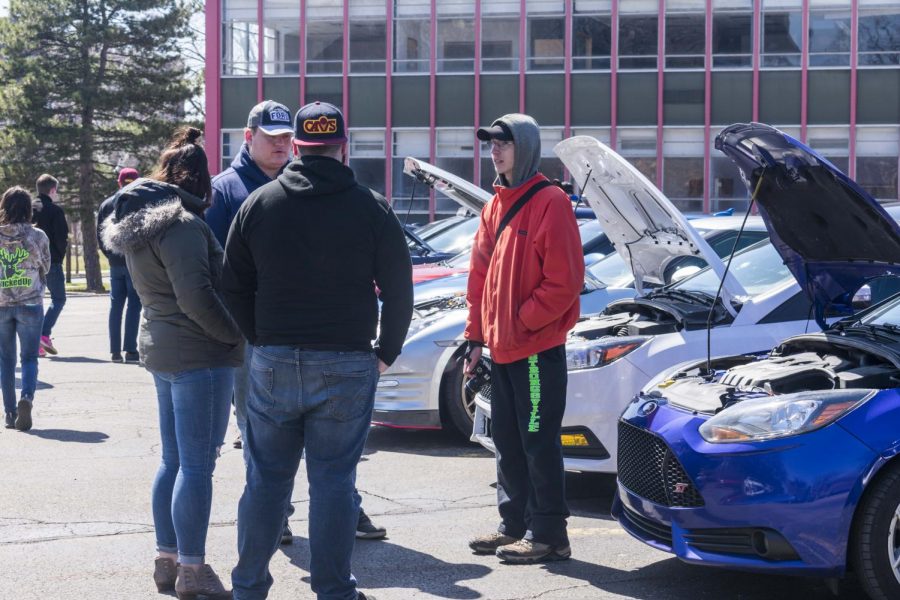 Despite frigid temperatures on April 7, the sun shined on the car-filled lot and participants of the event—approximately 160 onlookers who were curious to learn more. Over 80 vehicles filled the site, including a mix of unique student cars as well as sponsor vehicles transported locally.

The vehicles were generally arranged by country of origin and included examples from the sponsoring brands.

Student cars ranged from minimally to heavily modified, securing a distinction between two cars of the same model and year. Modifications ranged from widebody vehicles with fender flares to vinyl wrapped cars and aerodynamic parts, such as the wing and spoiler and even carbon fiber hoods.

Huang, the club’s founder, highlighted the success of the show in comparison to last year’s having gained experience on how to advertise, organize and host large scale events. He saw the event as an opportunity to expose the University to the local car community, attracting a number of different age groups and demographics.

CWRU student Amandeep Singh, a first-year member of the Car Club, joined the organization after meeting Huang at a previous show.

“All of my friends I know who are [students at CWRU] I have met through car shows,” he said.

“No two cars are the same,” Singh said. “Everyone uniquely modifies their cars and that’s what I like best—seeing the creativity and distinction between cars and the self-expression people put forward. Cars bring people together and are a universal language.”

For future car shows, students are encouraged to participate both by exhibiting their cars for the duration of the event or by stopping by to check out unique vehicles.