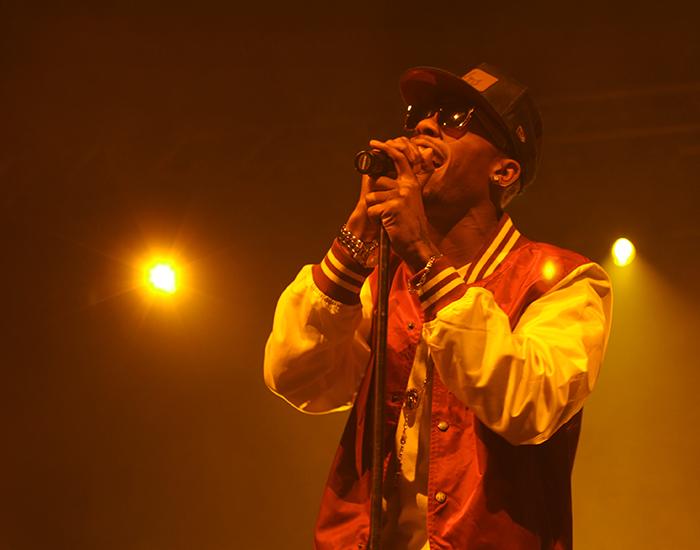 Heather O'Keeffe, What a Girl Wants

When opportunity knocks, open the door and welcome it into your life with open arms. Become best friends with it and cherish it as much as you possibly can, because opportunity is beautiful and something you should never let pass you by.

There is a consensus amongst society that college is the one of the best times in a person’s life. More than the academic growth and killer parties, college is great because of the opportunities it bestows upon us. It sounds cliché, but we are young and the whole world is before us. With few responsibilities and groundings in the real world, college is the best time for opportunities to arise and for us to take advantage of them.

I am only a freshman and have been in college for barely seven weeks, but have already experienced so much. This is in part due to a goal of mine to seek out new opportunities each week. Case in point: two Sundays ago I went to the B.o.B. concert, last Friday, I saw the President of the United States, and that same evening I listened to the beautiful sounds of the Cleveland Orchestra. From pop culture to politics to classical music, last week had it all.

The B.o.B. concert contained its fair share of first-time experiences that would never have occurred had I not decided to spend my Sunday night pulsating to the beats of Bobby Ray.

At 4 p.m. on Sunday afternoon, my friends and I were exemplary students and attended our Physics SI session. This is normal enough, except that we were in dresses and high waisted skirts with concert-thick makeup on. After being inundated with vectors and Newton’s Laws, we held a mini dance party in the quad, waiting for the rest of our entourage. No one could have foreseen our dance party of seven in front of the lipstick statue, and that’s the beauty of it all. It was spontaneous and ridiculously fun and never would have happened if we had not decided to put aside our homework and sing along to “Beautiful Girls” with B.o.B.

Last Friday was a new day with an even more exciting, once-in-a-lifetime opportunity: seeing President Barack Obama speak at Cleveland State University. I sacrificed five classes for Obama, because I will never let school get in the way of my education. After waiting for five hours in the rain, I saw the President speak for twenty-five minutes. Due to faulty speakers and very vocal attendees, only snippets of Obama’s speech were audible. Despite all that, it was worth it.

The atmosphere of thousands of people rallying together for common ideals is electrifying and invigorating. People of every race, ethnicity, gender, age, and socioeconomic background swayed together to the unifying lyrics of “We are Family” by Sister Sledge. People representing every walk of life waited in the same line, passed through the same security, and shivered under the same rain. For a few hours, we were one and the same. Our shared commonality was inspiring and uplifting.

Later that night, my SAGES class attended the Cleveland Orchestra. Exhausted and still chilled from a day waiting in the rain, my mind became lost in the music of history’s greatest composers. Through the stirring melodies, my body deflated and my mind upturned its deepest, most recessed corners. The musicians became lost in their instruments, passionately playing, their bodies convulsing to the rhythms they were creating. Just as the music engulfed the musicians with its beauty, it allowed my mind to wander and reflect.

These moments of spontaneity, inspiration, and reflection were only possible because I took advantage of my opportunity to attend CWRU. By opening the door to CWRU and crossing its threshold, I was welcomed into a world of opportunities. My time at CWRU will shape who I am as a person, not because of the dazzling academics, but rather because at the end of the day, it is not your GPA or undergraduate degree that defines you, it’s the opportunities you have seized and the experiences you have lived.