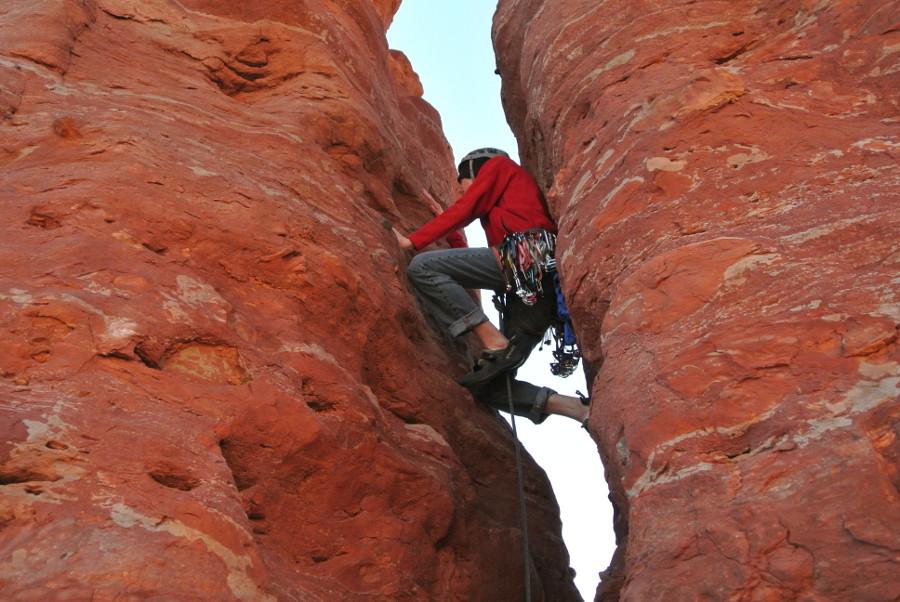 The Case Climbing club is rising to new heights as they expand their training and adventures. Taken on one of the team’s recent outdoor climbs the team enjoys taking on each new challenge.

The Case Climbing Club helps members, both experienced and inexperienced climbers, develop their skills in a structured, collaborative environment. Sometimes the club breaks out of the Case Western Reserve University bubble and climbs at the Cleveland Rock Gym, on the eastside of Cleveland, as they did on Jan. 28.

And the numbers back him up. While a typical practice has between 10 and 15 participants, there were 17 club members at the gym on Thursday night.

Gurian considers just being able to go to the gym a success for the club, considering that in the six year history of the club, they have only managed to venture off campus a handful of times. Gurian explained that he worked with Undergraduate Student Government all of last semester to make off-campus climbs a recurring event.

Members’ experience levels range from seven years to only a few months. Gurian added that the club tries to teach one new climbing technique per week, from belaying to rappelling. At practices at the rock wall in the Veale Athletic Center, new members are literally shown the ropes.

Second-year member Jim Jaworski feels this is the right direction the club should be going in. He wants to “turn [the club] into a learning experience.”

Most members of the club, including second-year student Anneliese Braunegg who has been climbing for seven years, joined because it was an easy way to find friends interested in climbing. “I wanted to connect with other climbers,” she said.

The club gave her the opportunity to do that. Knowing other climbers is important for a good climb because for belay, the form of indoor rock climbing most people think of, two people working as a team are needed. The belayer needs to know how much rope to give the climber and also points out potential holds the climber can use.

Many of the club members share a similar origin story when it comes to climbing. They were either invited by a friend to try or went out with their family, and then they couldn’t stop climbing. There are many different theories explaining the addiction, as diverse as the climbers themselves.

Jaworski says it’s the “gratifying [feeling you get] as you touch the top.”

First-year member Alex Jensen, a climber with seven years’ experience, says it “challenges [him] both physically and mentally,” and that is what keeps pushing him back.

Second-year student Ken Andrews gives the simplest explanation: “It just [becomes] a thing you do,” something easily integrated into a weekly routine.

All addictions do have their price, however, and climbing is no different. Throughout the climb time, a climber’s hands become red, weak and painful. Second-year student and member Zach Roshon told a story where he couldn’t even write his own name after a climbing session because his hands were shaking so much. The highly experienced climbers have few problems with it, though, as they have built up both a high mental and a physical pain tolerance.

Case Climbing Club hopes to expand its experiences more, so it can climb to the top of the student group list.