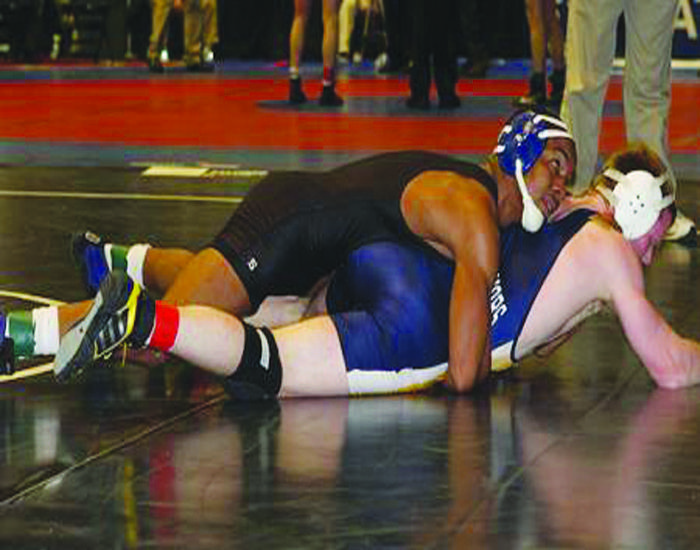 The February frenzy of Spartan athletics continues this month as Case Western Reserve University hosts the UAA Wrestling Championships on Saturday, Feb 11. The Spartans will host the Violets of New York University and the Maroons of the University of Chicago in Horsburgh Gymnasium to decide the conference champion. This will be the first of two UAA Championships that Case is hosting this season, with the UAA Swimming and Diving Championships following next week.

The Spartans come into the championship season with a long season under their belt. Two weekends ago, the Spartans placed 30th out of 31 teams at the Pete Wilson Invite, hosted by Wheaton College. While fielding a limited roster at the Pete Wilson Invite, the grapplers will now be ready to take on their conference rivals with the power of a home crowd.

Last year, Chicago took home the UAA title with a decisive victory over Case and a narrow escape from New York. The Spartans finished third at the tournament, which was hosted by New York. Then-junior Isaac Dukes took home the Most Outstanding Wrestler award with two impressive performances, in which Dukes won by tech. falls 21-6 both times.

Chicago comes into this weekend with several impressive tournament places and dual meet performances. With a 7-5 record, the Maroons will need to bring their best matchups to win head-to-head against their conference rivals. Chicago has won the past three UAA championships, and had four individual champions at last year’s contest. There are definitely weak spots in Chicago’s lineup. Chicago wrestled alongside Case at the Pete Wilson Invite and placed 18th out of the 31 teams. Just last week, the Maroons had to rally to defeat North Central College, who had a 5-10 record. After falling behind by 10 with four matches to go, the Chicago grapplers needed four straight victories to win 25-16. A close eye should be kept on Chicago’s late-match momentum in the higher weight classes.

NYU has wrestled a very tough schedule this year, but brings a strong group of wrestlers onto the mat. With an 8-9 overall dual record, the Violets have extensive experience this season. Several wrestlers have had outstanding seasons so far, and look to carry that through the championship. At 174 lbs., senior Gregg Martino has compiled a 23-2 record. Freshman Matt DiGiovanni leads the team with seven pins, and has gone 24-14 so far in the 141 and 149 lb. weight classes. Another wrestler to note is junior Jake Pawlowski in the 184 lb. weight class, who won the UAA Wrestler of the Week award last week after going 3-0 at the Centennial Conference Duals.

The Spartans sit at 0-7 on the season so far, but luckily, the home crowd will be a big motivator for them. Senior Cale Harter will be gunning for the championship in the 285 lb. weight class. Seniors Kyle Weaver, Isaac Dukes, and Kurt Jensen will also be looking for big matches.

The action starts at 11 a.m., when NYU takes on Chicago. The home contests will fuel a lot of emotions this weekend. After the first match between NYU and Chicago, a special memorial will be held for former head coach Bob Del Rosa, who passed away last summer. Afterwards, the Spartans will take on the loser of the first match at 12:30 p.m. The final match will be between CWRU and the winner of the first match at 2 p.m.