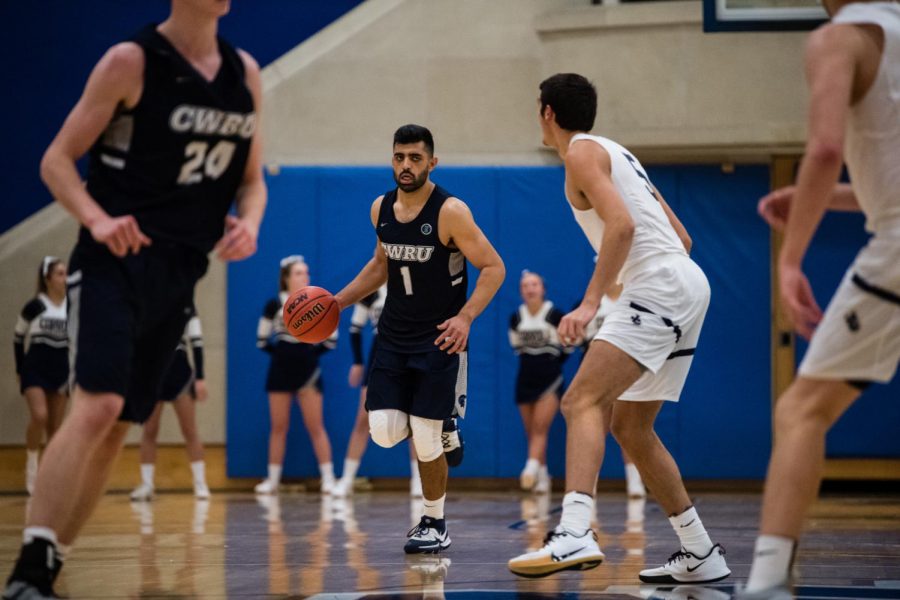 Case Western Reserve University’s men’s basketball team faced a tough conference loss to the University of Rochester Yellowjackets after traveling to the State of New York last Friday. The exciting overtime game ended with a score of 88-86, moving the Spartans to a record of 8-7 overall and 1-3 in the UAA conference.

Some foul trouble early on in the first half caused problems for the Spartans, as two of their starters each had three fouls, consequently limiting their playing time. This was also the case for one of Rochester’s players, who played just four minutes in the first half. The game was very back and forth, with all three lead changes happening in the first half. However, the Yellowjackets pulled away in the final minutes to enter halftime with a 7-point lead.

Rochester seemed to be in control at the start of the second half, extending their lead to 11 points in the first three minutes. The Spartans fought tirelessly. With their deficit fluctuating greatly throughout the half, they were still very much in this game. With just under three minutes in the half, CWRU was trailing by 5 points and a timeout was called. Then, a layup from Rochester and a 3-pointer response from CWRU brought the Yellowjackets’ lead to 4 points. Following a timeout called by the Rochester coach with just one minute to go, CWRU’s Cole Frilling scored a layup and had an important defensive rebound, reducing Rochester’s lead to only 2 points. After another timeout, the Spartans tied the game with just nine seconds left on the clock. A missed last-second 3-point attempt by Yellowjackets’ Kailan Lee sent the game into overtime with a score of 74-74.

The lead was quickly taken by Rochester at the start of the overtime period, but only by one possession. However, after several minutes of back and forth, a layup immediately following a timeout put Rochester up by 7 with 30 seconds to go. Undeterred by this deficit, CWRU took possession, and a 3-pointer and successful free throw from Robert Faller launched the Spartans back into contention. A turnover and foul by Rochester cut their lead to just 1 point in this nail-biting overtime. With 5 seconds to go, Rochester’s Matt Niemczura had the chance to bring the lead to 3 points and assure at least a second overtime period with foul shots. When he missed one, there was a glimmer of hope for the Spartans. However, their final 3-point shot did not fall, and the Yellowjackets secured the victory on their home court.

CWRU’s top scorers in the competition were Faller and Ignas Masiulionis, both scoring 15, followed closely by Frilling and Ryan Newton who each scored 14. The University of Rochester’s point leaders were Ryan Algier with 23, Kailan Lee with 21 and Ross Gang with 11.