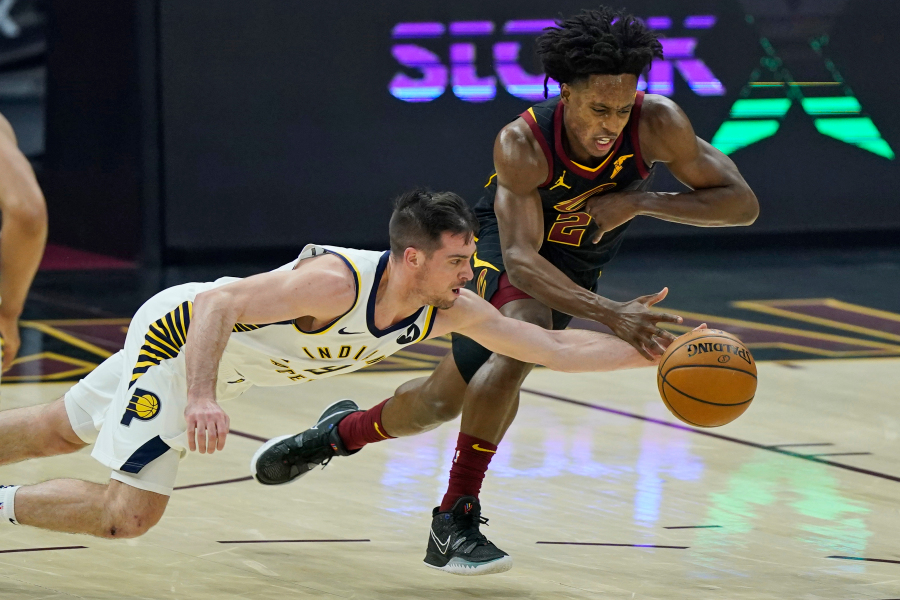 Collin Sexton (right) led the Cavs to a 114-111 win over the Indiana Pacers right before the All-Star break, racking up 32 points, 10 assists and 4 rebounds in the game.

The All-Star break signals the midway point of this 2020-2021 NBA season, which has been far from ordinary in many ways. This is the point in the season where many teams step back, evaluate their progress and determine what they need to improve on before steaming into the second half of the season and, for some teams, the postseason. The Cleveland Cavaliers are a team looking to rise and make their return to the NBA playoffs for the first time since 2018. At the break, they sit at 13th in the East with a 14-22 record, three and a half games behind the eighth seed Raptors. The team was on a four-game winning streak before losing a close game against the Indiana Pacers just before the All-Star break.

Coming into the season, the team had made moves putting them in the right direction. Coach J.B. Bickerstaff was promoted in the middle of last season and took over the development of the team after John Beilien resigned. The team drafted perimeter defender and athletic forward Isaac Okoro with the fifth pick and kept Andre Drummond, a nightly double-double threat in the post. Guards Collin Sexton and Darius Garland were both improving and rounding out their overall games. The team also traded for center JaVale McGee to shore up the backup center position. The team was also able to get shooting guard Dylan Windler, who was injured for most of the last season, in the rotation to play consistent minutes and develop.

During the season, the team had its ups and downs and made roster changes along the way. The biggest move the team made was acquiring center Jarrett Allen from the Brooklyn Nets as part of the blockbuster James Harden trade. Along the way, the team went on a dreary 10-game losing streak, but they managed to bounce back with a 4-game winning streak. Highlights include back-to-back wins against a stacked Brooklyn Nets squad and a recent win over the Philadelphia 76ers, who currently sit atop the Eastern Conference.

The Cavs are currently dealing with a logjam at the center position and have committed to trading or buying out center Andre Drummond, who comes with a hefty $28.75 million one-year contract. With that money, the team could sign another playmaking guard to come off the bench to solidify the rotation and close out the year strong.

The Eastern Conference is known for having tight playoff races toward the bottom of the standings.  The Cavaliers have firmly established themselves in that race as they try to take the next step as a franchise to return to the playoffs and, eventually, the promised land.