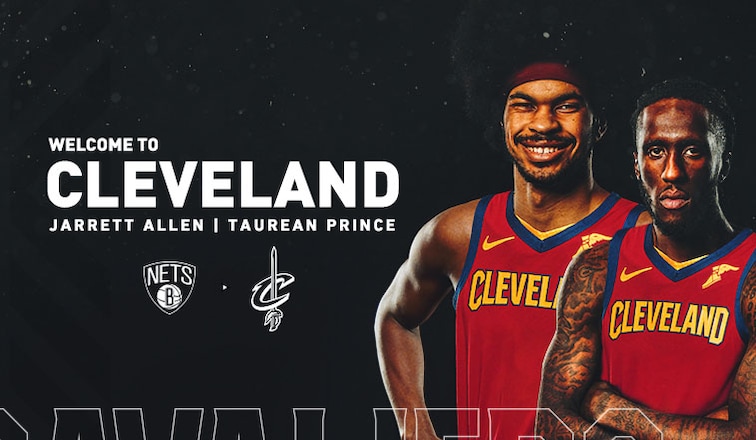 The Cleveland Cavaliers took part in the massive James Harden blockbuster trade that shook the NBA. Harden, who’d been with Houston Rockets since 2012, had expressed his desire to leave the team multiple times and had given them his list of suggested trade destinations. The situation became even more convoluted after Harden declared during a postgame interview that the situation in Houston was unfixable.

Shortly after, the Rockets pulled off a four-team trade, which included the Brooklyn Nets, Cleveland Cavaliers and Indiana Pacers.The main superstars traded were James Harden to the Nets, Victor Oladipo to the Rockets, and Caris LeVert to the Pacers. The Cavaliers gave up future second-round draft considerations to both the Rockets and the Pacers, and guard Dante Exum to the Houston Rockets. In return, they received forward Taurean Prince and center Jarrett Allen from the Brooklyn Nets. The Cavaliers waived Thon Maker to make space on the roster.

Jarrett Allen appears to be a great pickup for the Cavaliers. The 22-year-old was a nightly double-double threat and a big presence in the paint defensively with his 5-foot-6-inch height. Prince is a decent 3-point shooter who gave the Nets decent minutes off the bench before being traded. Both of these players made a significant impact in their first two games as Cavaliers against their former team, the Brooklyn Nets. Allen had a double-double with 12 points and 11 rebounds and Prince contributed with 17 points and seven rebounds in 32 minutes in their first game against the Nets. Allen and Prince will have an immediate impact on the Cavs and will be part of the future of the Cavaliers. Allen specifically will look to take over the starting center role with his improving play.

In other moves, the Cavaliers traded forward Kevin Porter Jr. to the Houston Rockets for draft considerations. Porter Jr. looked like a steal last season and was poised to have a great season with the Cavs, but prevented him from being with the team until recently. The team ultimately decided to trade him after he had an outburst in the team’s locker room. With these trades, the Cavs solidified their roster and built around Collin Sexton, who has had a breakout season so far. Acquiring a shooter who can protect the rim will give the team more options and help carry this rebuild forward.