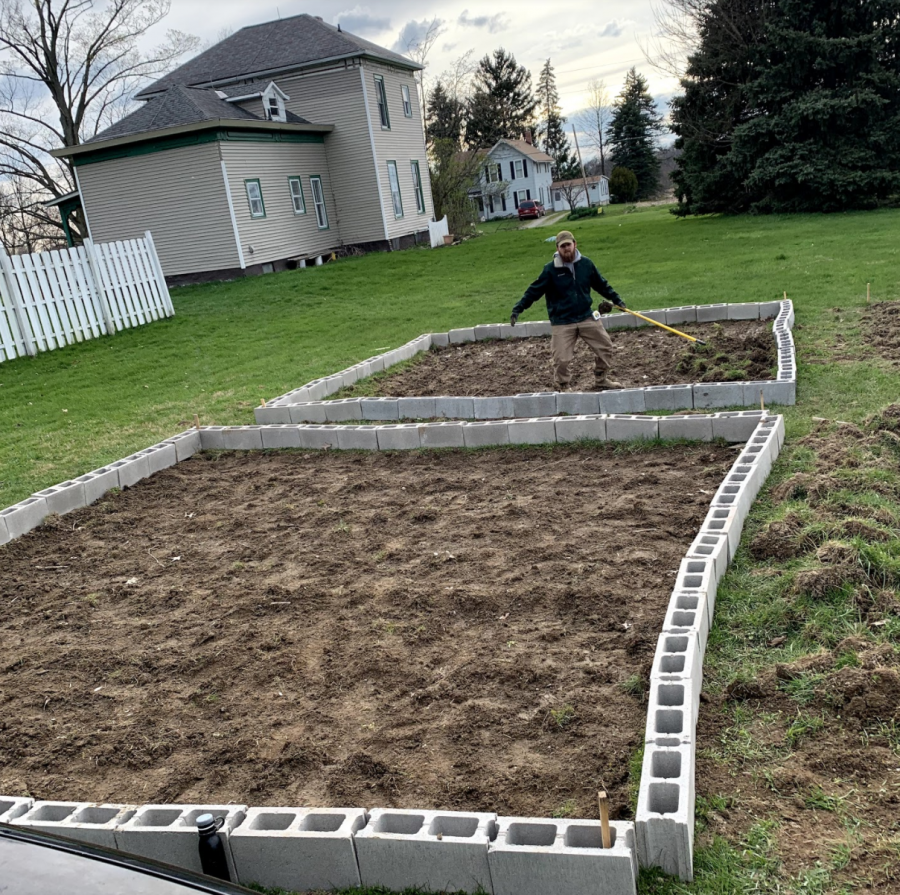 Alongside the civil rights, anti-war, women’s rights and gay rights movements flooding streets throughout the 1960s was the environmental movement. In 1962, Rachel Carson’s “Silent Spring” started raising environmental awareness in over 24 countries by clearly explaining the link between pollution and health. Before the turn of the next decade, Sen. Gaylord Nelson (D-WI) and Sen. Pete McCloskey (R-CA) collaborated with activist Denis Hayes to organize a teach-in across the entire country.

In 1970, Earth Day was celebrated for the first time by 10% of the U.S. population. People of different races, classes, genders and political ideologies demonstrated together, demanding action against 150 years of industrial development, eventually inspiring the creation of the Environmental Protection Agency and the passing of the Clean Air Act.

Wednesday, April 22 will be the 50th anniversary of Earth Day.

In contrast to the 20 million person national demonstration that occurred on April 22, 1970 however, this year’s celebration will be largely virtual. Organizations have had to adjust, especially as large demonstrations were previously planned in compliance with this year’s Earth Day theme—climate action.

One such organization is the Sunrise hub at Case Western Reserve University. Established by second-year student Avi Horwitz last semester, Sunrise CWRU co-hosted a climate strike on Dec. 6, 2019 with Ohio Climate Strike, an organization whose team includes third-year student Nick Vitello who is the policy and Cleveland lead.

“For me, Sunrise is ensuring that I’ll be able to have a good life on a planet that we’re not killing, (that) I’ll be able to not die of burning death,” fourth-year student Julia Falcone said. “Both literally and figuratively because we are killing this planet.”

For their Digital Earth Day Climate Strike, Sunrise CWRU will host sessions starting at 9:15 a.m., with their final presentation at 3:30 p.m. Sessions include presentations on the Green New Deal, the scope of the climate crisis and a plea for CWRU to divest its endowment from the fossil fuel industry.

“The point of making this a strike instead of just a general Earth Day celebration is that we want to try to take back the hyper commercialization of Earth Day that you see from corporations who are directly contributing to the problem,” Falcone said. “The foundation [of the strike] is bringing Earth Day back to the people.”

Sunrise CWRU is one of the many student groups working towards environmental justice. Off-campus, CWRU fourth-year Chloe Francis and Cleveland Institute of Art alumnus Ian Dalton have started the Deep Roots Giving Garden. Co-founder Francis is studying anthropology and sociology, and is passionate about Cleveland health justice issues. The initiative to start a community garden came soon after being involved in Community Meal CLE—a hot-meal delivery service started by students after the onset of the pandemic.

“We’re currently funded on food donations and contributions from a GoFundMe page, but we wanted to start growing food to donate to the meal prep process, local food banks and directly to residents who need fresh produce,” Francis said.

Francis and Dalton were able to start building the garden only two weeks after starting fundraising. They hope to have a high yield from the summer months, and continue harvesting vegetables this fall.

“We want to be able to donate around 200 pounds of food to those in need,” Francis commented.

Despite being a lofty goal for the garden’s first season, Francis and Dalton are optimistic, given the size of their garden and their progress thus far after working for only a few weeks. 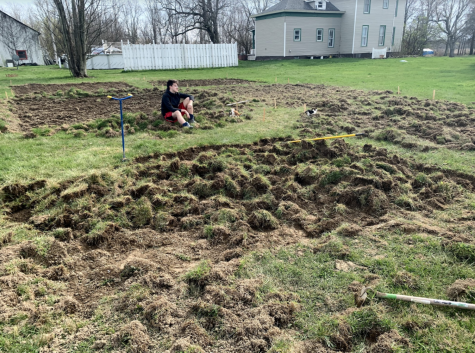 Community garden efforts have been growing for decades, but were especially influential during World Wars I and II. At the start of the First World War, President Woodrow Wilson called upon Americans to plant gardens to provide food for themselves and their neighbors—especially given the looming threat of food shortages. By early 1943, these victory gardens were producing 40% of the produce harvested in America.

Local gardens have proven to be an effective way to sustainably provide food for a family—or many families. This does not discredit the importance of supporting local businesses, however, especially during the current pandemic. Francis emphasized that one can do both—in fact we need to be doing all that we can to ensure people in our community have access to healthy food.

“While it’s important to support your independent local farmers, commercial farming isn’t always sustainable or environmentally friendly. Particularly in times of crisis, both economic and social, food becomes a precious resource that many will not have access to,” said Francis.

Farm Harvest Festival is an annual fall event at University Farms, boasting an attendance of 1,049 last year. The popular festival invites students, faculty, staff, alumni, CWRU affiliates and community members to a variety of activities, including hayrides, a petting zoo, hikes, a maze, a cornhole tournament and crafts like flower crowns, beeswax lip balm and knitting.

Inactive projects include planting a pollinator garden and implementing Tupperware in Grab-It and Bag-It. However, students are encouraged to restart dormant projects and create new ones. PAG and TBTT both experienced lapses in activity and the Conservation Project was formed last fall semester.

“Every semester we put aside part of our funds for new projects that may arise and encourage anyone with a sustainable idea or concern to come to talk to us,” fourth-year student and former SSC co-chair Maia Gallagher said in an interview for “Student Sustainability Council keeps campus clean” by Justin Hu, published in November of 2018.

SSC also hosts an annual Doan Brook Stream cleanup and volunteers with CWRU’s Office for Sustainability on some events, including the office’s pilot composting program in Feb. of 2018, which set the stage for current composting efforts in both Fribley and Leutner Commons.

Each Earth Day is one closer to the deadlines set by international scientists and climate change experts that demand we cut our carbon emissions or risk drastic, irreversible damage. The damage has already begun—especially in the most vulnerable communities who have contributed least to emissions.

“We also have to understand that [not everyone has] the same capabilities or resources, and that not everyone is going to be able to live as sustainably individually as others. And that does not mean they’re not welcome as part of this movement,” Horwitz said.

SSC chair and second-year student Rich Foley recommends planning ahead. “Go to the dining halls, fill up a reusable water bottle with root beer or something,” Foley said. “Don’t rely on these single-use plastics that you have to go to [a vending machine for] in the middle of the night because that’s not sustainable.”

“But then also understanding that in the [Intergovernmental Panel on Climate Change’s Special Report on Climate Change and Land], they say that individual changes are not going to stop the climate crisis. We need a mass mobilization to drastically cut emissions in the next 10 years,” Horwitz said.

Horwitz, Francis and Foley all support a university move to divest from fossil fuels. “I don’t think a university can proudly display their wind turbine and yet invest endowment funds into the fossil fuel industry,” Francis said.

“If you notice an issue in our community, whether it be environmental or otherwise, speak up. Spread the word, stick together and don’t be afraid to voice your concerns to the people in charge,” Francis said. “If they won’t listen to polite requests, give them something harder to ignore.”

Disclaimer: Co-writer Yvonne Pan is a co-coordinator of the Student Sustainability Council’s project Take Back the Tap.