Centric builds in the circle 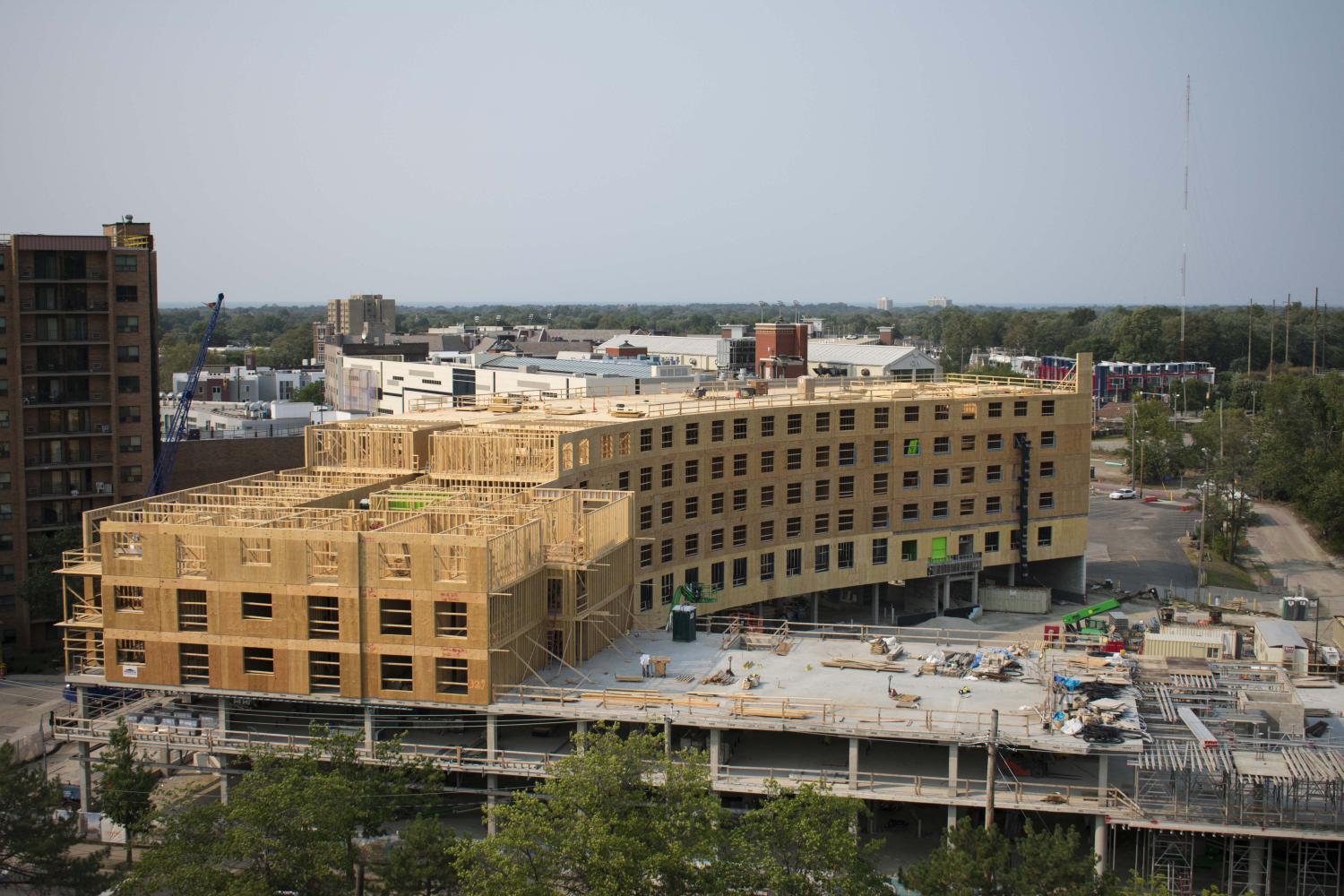 The new complex is aimed toward graduate students and will have 272 apartments. It is one of many new residential complexes in Cleveland.

In the Summer of 2018, a $70-plus million real estate project on Mayfield Road will conclude after half a decade of planning and redesigning, connecting two major neighborhoods: Uptown and Little Italy. The project is meant to appeal to young professionals and university students, incorporating a ground level of commercial space.

Centric Apartments, owned by University Circle, Inc. (UCI), will utilize the property by building 272 one- and two-bedroom apartments, a parking garage for both residents and visitors of the area and a public greenspace. The street level of the apartment complex will be made up of office, commercial and retail space and will ultimately make for a “‘walkable-friendly’ development,” according to UCI president Chris Ronayne.

The project’s conception was mapped out by CEO of Panzica Construction Tony Panzica and Peter Rubin of the Coral Company roughly five years ago, and was originally called Intesa. The plan called for an even mix of office and residential space, and more square footage allotted for the parking lot. After several disputes and delays, however, Midwest Development Partners jumped on the bandwagon, Intesa was scrapped, and Centric was finalized.

Centric apartments will run about $1,600 per month. UCI anticipates housing to fill up quickly; between 3,000 and 5,000 medical residents from Case Western Reserve University, University Hospitals and the Cleveland Clinic are anticipated house-hunters in the area this March, after medical residencies are assigned.

While UCI hopes that Centric will promote a community atmosphere in University Circle, it is not the only project with such purpose. Euclid 116, another University Circle real estate project, recently opened for move-in in August after the demolition of Mexican restaurant Piñata’s and months of construction. The complex, which currently has a wait-list, is aimed specifically at graduate students, featuring single- and multi-bedroom apartment options, fully furnished rooms and eco-friendly appliances. By 2018, UCI is also hoping to complete a 20-story, 270-apartment building, One University Circle, on E. 107 and Euclid, the former site of the Children’s Museum.

Real estate projects in the greater Cleveland community are popping up exponentially, and will likely continue beyond 2018. Others include a 75-unit apartment complex at West 11th and Fairfield in Tremont, a 34-story apartment tower in Playhouse Square and a replacement of the Brooklyn YMCA with apartments to house the homeless.