Chabad and Hillel get Jewish students in the Passover spirit 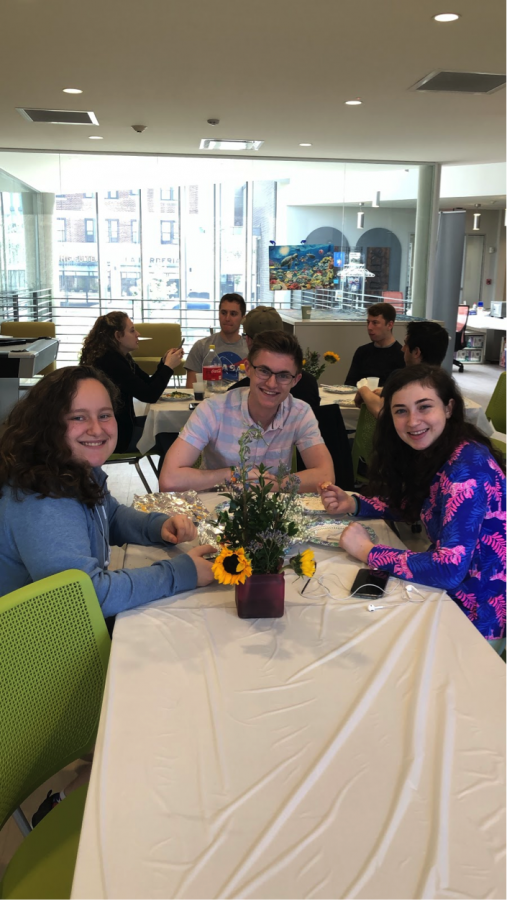 On Friday, April 19, the Cleveland Hillel Foundation and Chabad at CWRU began their respective Passover celebrations. The Jewish holiday that commemorates the Jews’ mass exodus from Egypt to escape slavery over 2,000 years ago.

On the first two nights of Passover, Hillel and Chabad hosted Seders. The Seder is a celebratory meal that happens on the first and second night of Passover and incorporates the story of the exodus, discussions about the meanings of specific foods and a search for a hidden dessert.

A group of students from Hillel’s Undergraduate Leadership Committee worked with Jewish Student Life Coordinator Madison Dore to build their own Haggadah (a written guide for the Seder). Incorporating themes of world issues as tied in with the story of Passover, the students worked to create a modern version of the Haggadah for students. First-year materials science and engineering major Hugh Smith said, “Working together as a small group to produce something the whole Jewish community would enjoy was very spiritually fulfilling.”

First-year economics major Blanche Spiner attended Chabad Seder and noted that “Passover seders at Chabad are second only to celebrating at home with your family. The thoroughness of the Seder combined with the amazing brisket and lively people all contribute to the familial environment of a passover seder at Chabad.”

During Passover, grains and leavened bread are not eaten in anything except matzo, a flat cracker-like food that represents the food that fleeing Jews ate when fleeing the Egyptians. To make life easy on Case Western Reserve University’s Jewish population (12 percent of the student body), Hillel has partnered with the university to provide lunch Sunday, April 21 through Friday, April 26 and dinner every night of Passover to students who keep kosher during Passover.

Jill Ross, the Metro Hillel campus director said, “For years Cleveland Hillel has offered strictly kosher for Passover meals to students, faculty and staff on campus. We realized years ago that students wanted more options for meals during the week of Passover. We took it upon ourselves to offer a variety of kosher for Passover homemade meals. Through our wonderful campus partners and generous donors in the community we are able to offer highly subsidized meal options for students.”

During lunch on April 24, Samuel Rosenthal Professor of Judaic Studies Jay Geller joined with students for an hour of Torah study. Smith said of the session, “Discussing the text behind Moses’ past allowed me to look at the common story of Passover in a new way, especially when I heard the interpretations of my peers.”