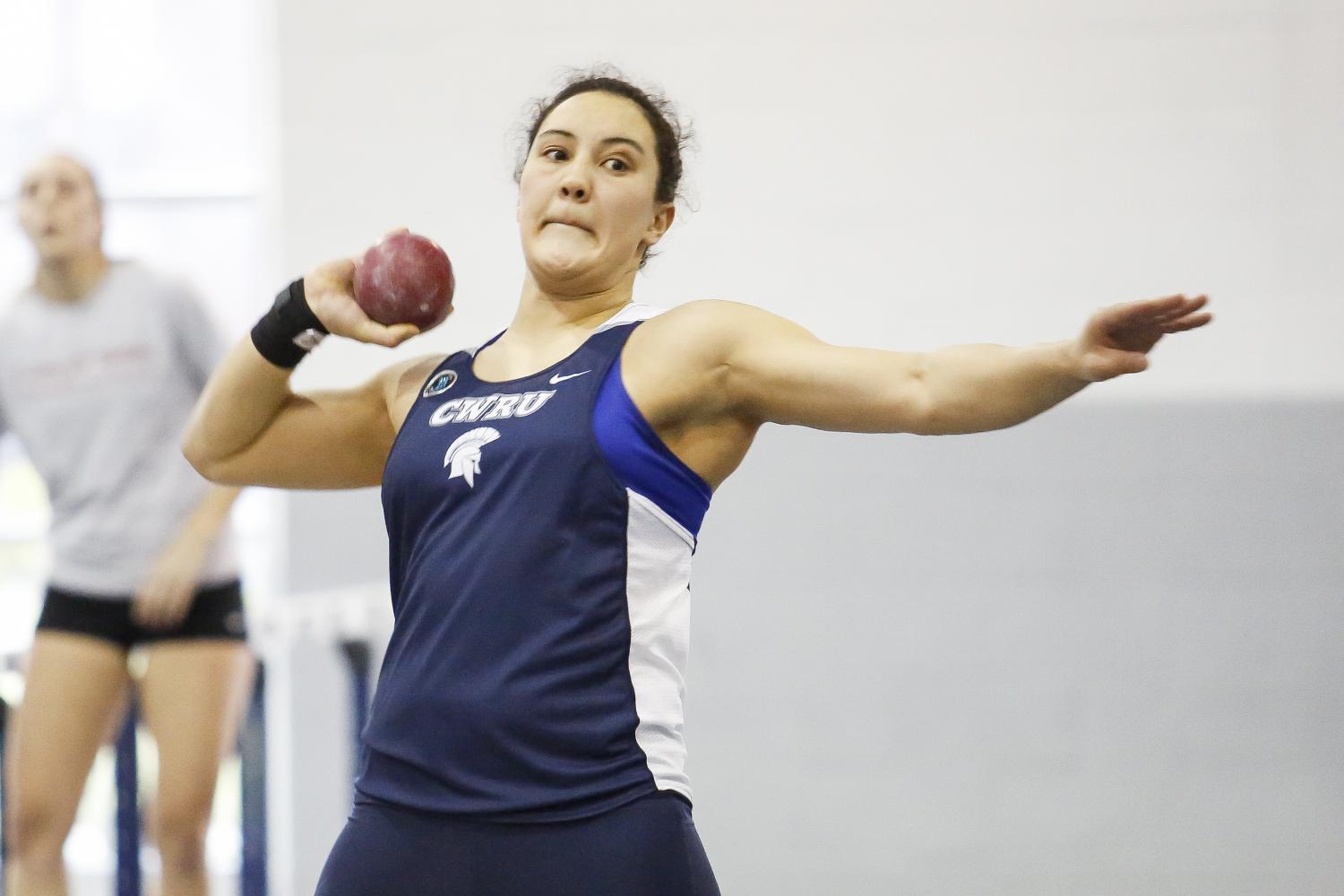 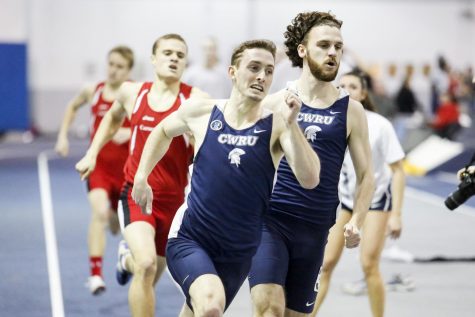 The 2017 University Athletic Association (UAA) Track and Field Championships witnessed incredible feats from seven teams, including the Spartans. The Spartan men and women both had UAA Champions, and both performed spectacularly. Case Western Reserve University’s men earned third place overall, and the CWRU women earned fourth in the conference.

On day one of the two day championship meet, Spartan men’s first-year student Dominic Oddo won the UAA Championship in the long jump event with a leap of 7.16 meters. Following the meet, Oddo was named UAA Men’s Rookie of the Year. Fourth-year student Galen Caldwell finished third in the 3,000-meter steeplechase with a time of 9:25.67, adding the only other All-UAA Honors for the day.

After day one, the Spartan men were in fourth place with 28 points, and the leading team was Carnegie Mellon University (CMU) with 86 points.

As for the women’s performance on day one, third-year student Cassandra Laios took first place in two events. Her first UAA Championship of the day came during the hammer throw wherein she set CWRU’s record at 49.56 meters. She then also won the shot put competition with a mark of 12.00 meters.

At the end of the first day, the Spartan women were in third place.

Wahner ran a time of 47.64 seconds in the 400-meter dash to win the UAA title in the event. In the process, he set a new school record in the event, besting the previous mark set 21 years ago by almost a full second. Wahner claimed another title in the 200-meter dash, running a blistering 21.71 seconds.

Wahner also joined forces with several of his teammates for two events, each resulting in another UAA Championship. The UAA recognized Wahner as the Men’s Most Outstanding Running Events Performer because of his four titles.

The first of these teams was comprised of Wahner and three third-year students: Ben Zelkin, Adrian Cannon and Zak Hurd. The 4×100 relay team ran a time of 42.20 to take first place.

The second winning team for Wahner included first-year student Jonathan Haling, second-year student Joseph Cabral and third-year student Andrew Ibibo. These four competed in the 4×400 meter relay, and completed the event with a time of 3:16.55, setting a new school record.

Also winning a championship for the Spartans was Merriman, with a 14:36.83 performance in the 5,000-meter run.

Continuing her impressive performance on day two, Laios earned another UAA Championship. This time she won the discus throw with a distance of 39.10 meters, for her third title. She was named UAA Women’s Most Outstanding Field Events Performer for her trio of titles, the first Spartan woman since 2012 to claim the honor.

Laios wasn’t the only competitor for CWRU that earned All-UAA Honors, however. In the javelin throw, second-year student Shannon Carroll placed second with a toss of 35.57 meters. And in addition to that, second-year student Olivia Newman placed third in the 400-meter hurdles with a time of 1:03.77.

At the end of it all, the Spartan women earned 103 points, with no small thanks to Laios’ heroics throughout both days of competition. The team finished 37.5 points behind third place Emory University.
The team has the weekend off as finals approach, and then will continue preparing through May for the NCAA Championships at the end of the month.