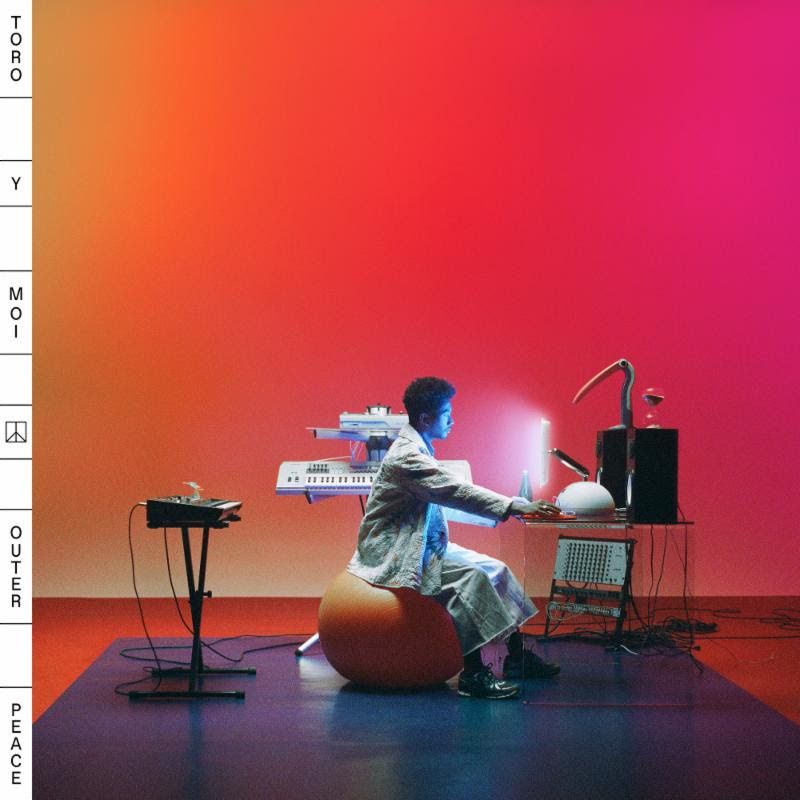 Toro y Moi, the solo project of Chaz Bear, has never really been confined to a single genre. It’s for that reason that he’s featured with artists ranging from Tyler, the Creator to The Avalanches. He fits the pattern of modern indie pop, which in recent years has become less about acoustic guitar riffs and crooning, gravitating toward lo-fi beats, sampling and complex instrumentation.

The latter is what Toro y Moi has always done best, especially on his 2015 album “What For?” With cuts like “Lilly” and “Buffalo,” the album thrived in its guitar, bass and drum work that allowed Bear’s merely adequate vocals to play up.

His songs on modern love and life in the city were catchy and resonating but thematically repetitive. “Boo Boo,” the 2017 follow-up to “What For?” fell into the same trap, where the sounds were new and exciting yet became repetitive by the fifth track.

However, his latest album, “Outer Peace,” released on Jan. 18, finally demonstrates the depth and maturity of Bear’s artistic skillset. It combines a number of motifs he developed on “Boo Boo” but pairs them with more appropriate vocals, better instrumentation and his best production to date.

The opening track, “Fading,” lays down the foundation for what is a highly contemporary album. It pairs a beat reminiscent of Bear’s house project “Les Sins” with an eerie “woop” vocal sample that creates an astounding atmosphere. When Bear’s voice finally cuts through, you are interested in what he has to say. He tells us that “everything is fading, fading, fading,” and we’re made aware of the bittersweet tracks that are to come. It’s a compelling intro track that gives us a taste of all the genres that this Toro album is gearing up to explore.

“Ordinary Pleasure” immediately follows, which begins with bongos before dropping a funkier riff straight from an ‘80s pop back beat. Bear softly laments the state of the times, asking “if sex even sells anymore” but also wonders if “he’s just old.” It matches the overall maturity the first track laid out and takes the record away from being another analysis of 21st century romance.

But this evolution in motif and meaning does cause the album to stray away from the path at times, and the manner in which it bounces between genres eventually becomes overwhelming.

“Freelance” is a choppy, electropop track that draws you into its bassline. Directly before it though is “Baby Drive It Down,” a house track with James Blake-type vocals, which in turn is preceded by “New House,” which has a minimal hip-hop beat and a concise, onbeat-bound flow.

While it’s good to see this exploration, the vast range of approaches to the message of this album allows that very message to be masked. Bear is still very much about the challenge of a modern social scene, but the melodic ride he takes us on makes the record feel like a combination of a few different EPs.

Cohesive or not, however, it is still the best-produced Toro y Moi album to date and makes the best use of his vocals. Bear has grown past the nice but simple beats and leads from his great third album “Anything in Return” and borrowed the best of the synth and mixing elements from “Boo Boo” to create a fantastic atmosphere throughout the record. “Who Am I” is a fantastic representative of the complexity he has learned to create, with a number of melodic and rhythmic layers that fill its soundstage and make it immediately entertaining.

What can definitely be said for “Outer Peace” is that it is the most adept showing from the Toro y Moi project yet. Chaz Bear is finally harnessing the incredible level of talent he possesses and putting records that are diverse, interesting and highly replayable.