Streaming recommendation of the week 9/24/21 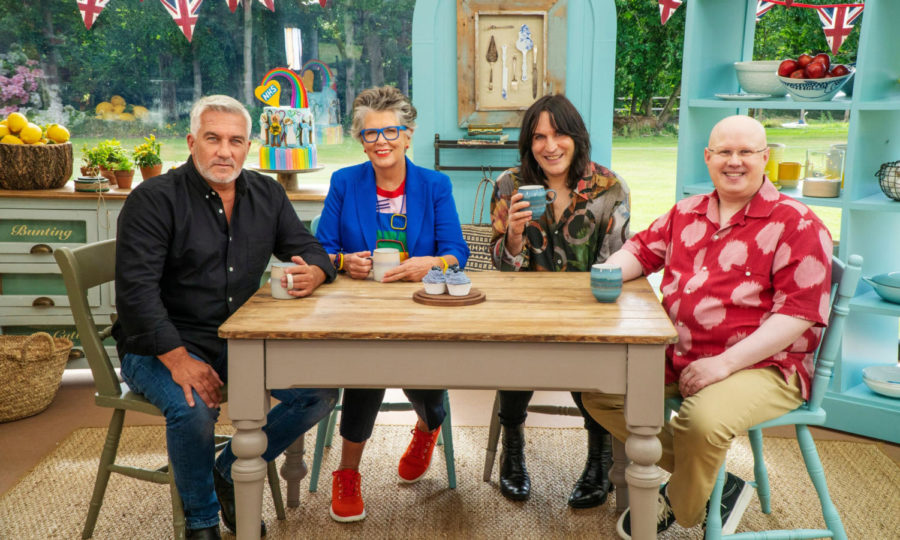 The beloved hosts and judges as well as the new contestants are back on television with a new highly anticipated season.

Every September, we can depend on three things: Target being wiped clean by a flurry of college students, a deceptive cold spell and—most importantly of course—the triumphant return of “The Great British Baking Show.” For 10 successive Fridays, Netflix viewers in the United States, and Channel 4 frequenters in the UK, are charmed by 12 delightfully British amateur bakers who whip up spectacular creations for the all-star judging duo of restaurateur Prue Leith and celebrity chef Paul Hollywood. With outstanding highs and nail-biting lows, the judges progressively weed out a single baker each week until three are left standing in the final round. Only one walks away with the prized commemorative glass cake stand and the glory of being Britain’s most famous home baker.

Each episode follows the same (pun intended) recipe—the bakers march into a UK flag-adorned tent with every kitchen tool imaginable. They are then met by judges Prue and Paul, along with comedians Noel Fielding and Matt Lucas, the two slightly absurd, yet entertaining hosts. Here the bakers are introduced to the first of the episode’s three challenges, the “Signature Bake,” where they are given an overarching theme (an upside down cake, a quiche, a roulade, etc.) that they must satisfy with their most trusted, deliciously perfect dish. Tension rises as the bakers are given a roundabout judging by Paul and Prue, and with even a coveted Paul Hollywood Handshake doled out to the baker who most exceeded expectations.

The next round is the “Technical Challenge,” where the bakers are given a surprise recipe selected by one of the judges, with almost all important instructions completely stripped. As a result, the bakers are left to fill in the blanks themself, oftentimes guesstimating the amount of ingredients they need to measure out, the time to bake, the temperature of the oven and the desired appearance of the final product. The contestants are put to the test as they’re asked to recreate obscure or challenging dishes such as rum babas, hazelnut dacquoise and bagels.  The final products, oftentimes completely unrecognisable, are judged blindly and then ranked by success. Those who find themselves in the top three often go into the final round with the slightest edge on the competition.

The “Showstopper Challenge” is the last chance at redemption for some of the bakers. Again their skills are called forth as they’re asked to create massive displays of technical know-how, from 3D self-portraits made of biscuits, to dobosh tortes, to illusion cakes. As the final competition of the episode, more than a few bakers attempt extraordinary feats only to watch them crumble before their eyes, while others who might have been playing the role of underdogs thus far charge forward with new energy, pulling out every stop and more. Nowhere else in the world of reality television can the kitchen tables turn more quickly.

Following the “Showstopper,” the judges gather together to determine the fates of the amateur bakers, crowning one of them “Star Baker” for the week and sending someone else back to their own kitchen. As wholesome as the show is (who doesn’t enjoy watching bakers turn sheets of gingerbread into Bavarian clock towers?), there’s always an undeniable twinge of sadness as one of the beloved contestants accepts their unhappy verdict. Tears and hugs go all around as the bakers rally together, although a sigh of relief is just as common.

Do you need to be a baking whiz yourself to enjoy the show? Of course not, although there’s no guarantee that you won’t be one by the end of this season. “The Great British Baking Show” provides a healthy balance of whimsy and fun without being overbearingly exasperating. No five-star restaurant pastry chefs are here. The bakers are normal people: pre-med students, lawyers, retirees, store clerks and stay-at-home parents. As such, the bakers are extraordinarily humble about their accomplishments, making them all the more endearing for viewers week after week. Along the way you’ll pick up baking tricks and British vernacular that will impress even the most advanced of chefs—no doubt we’ll all be talking about “proving” bread and “icing” sponges before long.

So whether you’ve grown up in a kitchen or you’re in need of a welcome break, tune in to Netflix this Friday, Sept. 24 to watch the Season 12 premiere of “The Great British Baking Show.”  But be warned, you might walk away with the aspiration to visit a Williams Sonoma, there’s one in Pinecrest and the most unshakable urge to bake your roommates a batch of cookies.