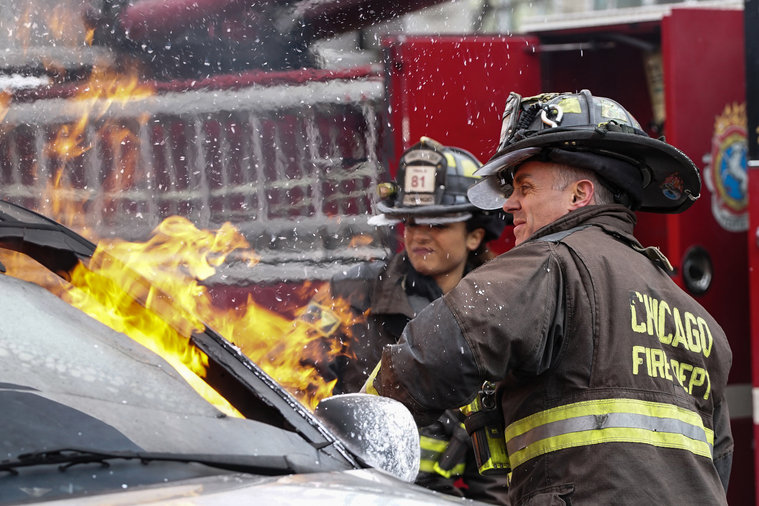 Things have finally started heating up on the political front for Casey (Jesse Spencer), taking attention away from unnecessary drama to him, a much needed diversion.

A smear campaign against Casey has finally started, something everyone was waiting for. This campaign though, was unnecessarily brutal. Casey’s opponents painted his mother has a crazy murderer and him as an employee of a strip club. While those are partially true, they are not to the degree at which they are being advertised as.

This is politics though and Casey should have been prepared for that. Unfortunately, he wasn’t and this is leading him down a dark path I am sure he will regret later. Casey is usually the most righteous and sticks to what he believes in, but for once he is taking the low ground, much to my disappointment. While Casey always has the best intentions in mind, sometimes he needs to think about the repercussions on his actions.

Outside of the big political drama, much of the episode focused on two other side plots. The first one dealt with Mouch’s (Christian Stolte) bachelor party. His fiancé’s brother was in charge and as quirky as he was, in the end he did a great job organizing everything.

Secondly, we followed Brett (Kara Killmer) and Jimmy (Steven R. McQueen) dealing with a kidnapping. In the end, it would have been better if they had never gotten involved, but Bretty has a habit of get involved in business she knows nothing about, and made the situation worse. The kidnapping itself brought up interesting questions. Is it okay for a father to kidnap his child if the mother is a drug addict? Or should the child have to stay with the addict despite the other parent being the best option?

As far as excitement, the episode had very little, save for the couple events the firehouse dealt with. At the beginning, the sewer system actually caused the covers of manholes to eject in the air, completely rationalizing my fear for them. Towards the end, a man somehow ended up with a chain wrapped around his head and embedded in his throat. It is still a little unclear how that happened, but it was interesting to watch Jimmy handle the situation. This event really showed how capable of a paramedic he is and that when given the occasion, he is a good leader.

Airs: Tuesdays at 10pm on NBC