Chinese scholars welcome Year of the Dragon with a roar 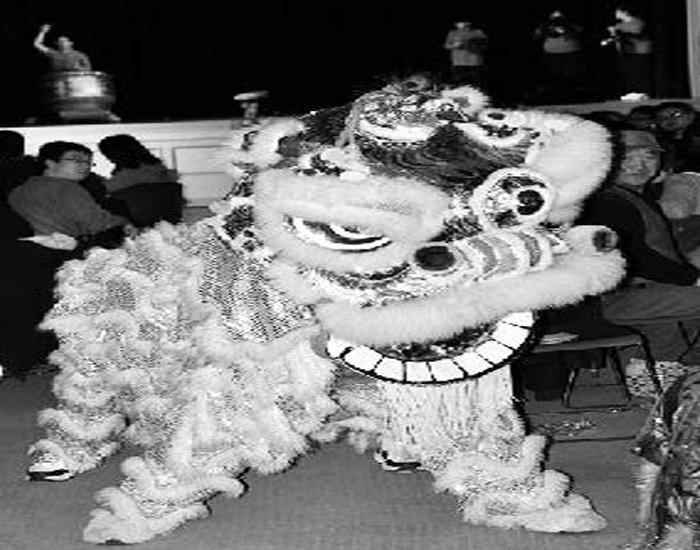 On Sunday, Feb. 12, the Chinese Students and Scholars Association (CSSA) hosted its annual Lantern Festival Banquet to celebrate the traditional Chinese festival. While the Cleveland weather was less than accommodating, over 300 guests attended the event. Every year around the time of Chinese Lunar New Year, CSSA plays host to welcome in the new year. This year was no different. The three-hour event included dinner, performances, and prize drawings.

To prepare for this large event, CSSA members began working on the banquet over a month in advance. Han Hui Ren, the group’s public relations officer, described the preparation process: “This year, we wanted to explore all the possible options that we think would make this year’s event one of the best we have ever done. We went through various candidates to find the right performances that would both entertain the guests and make the night memorable.”

This year’s banquet included a mixed of traditional Chinese performances and modern Chinese music. On Feb. 1, beginning at 6 p.m. and continuing into the late hours of the night, over 50 club members helped prepare for the event. Han Hui added, “I was amazed at the dedication shown by our club members. These students took the time out of their hectic schedules to come and help prepare for the event.”

One member who volunteered was Zihao (Prince) Wang, who was the host for the night and is also president of the International Club. “Personally, I believe this event is great for the [CWRU] community. Not only does this event further exemplify the overwhelming diversity we have here, it is also a great opportunity to celebrate the traditions of Chinese New Year,” he explained.

Wang and his co-host, first-year student Jessie Peng, led the show. Their witty exchanges brought laughter to the audience over and over throughout the night. “It was an honor to be the host for the night,” said Wang.

The event commenced at 5:30 p.m. with various Chinese exhibitions in the Thwing Center atrium. This gave guests the opportunity to view some Chinese artwork on display, practice using chopsticks, and test their Chinese cheese skills. The Thwing Ballroom doors opened at 6 p.m. to a line of waiting guests. Visitors spent the first hour interacting with other guests while enjoying homemade Chinese food.

CSSA director Ying Chen said, “We want people to enjoy the dinner as if they are eating Thanksgiving dinner at home. We were hoping that by having the guests sit anywhere they want and interact with other guests, it creates a home-like atmosphere.”

The first performance of the night was by the Cleveland Chinese Music Ensemble featuring vocalist Xue “Snow” Yu of Qingdao, Shandong, China. After the 30-minute performance, the Kwan Lion Dance troupe performed the traditional Chinese Lion Dance. Said Han Hui, “I know many Chinese and Taiwanese students have seen [the] lion dance performance back in their home countries, [and] we want bring the same extraordinary yet entertaining excitement to [CWRU]. And tonight, I felt we accomplished that goal.”

Midway through the performance, CSSA took the time to reward their guests with the first of two raffle drawings. Ten lucky individuals were presented with watches valued at $80. According to Chen, “We want to give back to our guests. We wanted our guests to walk away with a memorable night and, for some lucky few, maybe a prize or two.”

Peng and Wang stole the spotlight as they presented the gifts to the winners. When asked about the drawings, Wang responded, “I was nervous to say the least. Everything before that had a script to go with it, but when it comes to the drawing, I was scared that I may read the numbers wrong. Good thing that everything went better than expected.”

The second half of the night saw performances by three of CWRU’s first-year students. Sue Tao performed a tai chi dance, incorporating tai chi with modern dance moves to create a performance like no other.

This was followed by a solo vocal performance by the hostess of the night, Peng. As Wang put it, “What she did was truly amazing, and I’m glad singing is not a requirement for all hosts because I would never have pulled that off.”

Last but not least, Jacob Wang came on with a solo vocal performance. He kicked the night into high gear, rocking a pair of sunglasses and leather jacket.

Prior to the second raffle drawing, CSSA showed a video directed and edited by Xuhui (Terry) Chen. The video paid tribute to international students studying at the university. It included a voice-over by sophomore Chen Zheng, interviews with various Chinese students of different years, and touching images of Cleveland.

As Han Hui noted, “We want to show that, while most of the students here tonight are Chinese and are studying away from home, Cleveland and [CWRU] are also their home. Since we are here and pursuing similar goals and attributes in life, why not make the most of it. I truly hope this video would help make the students feel more at home here.”

The night ended with a final prize drawing, for a three-day, two-night trip to California. The final performance was a group song by CSSA members.

When asked about the importance of the event, Ying Chen said, “I think this is a wonderful experience. Not only are we celebrating the Year of the Dragon, we also want the Chinese students here to feel at home and also give the American students a glimpse into the culture and customs of [China].”

“I believe what CSSA has done tonight […] truly exemplif[ies] the diverse and rich cultures we are so blessed to have at CWRU,” said Wang. “We are not only here to study various subjects and [gain] knowledge, we are also here to understand and explore the different aspects of this world that we often miss. I am really glad that [the university] puts so much emphasis on cultural diversity, and I am extremely delighted to be part of it.”