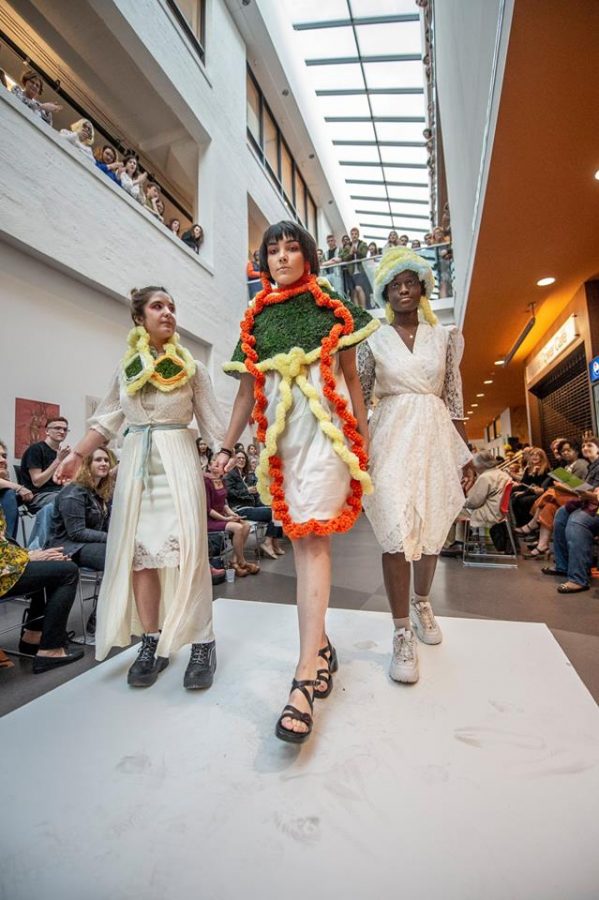 On April 23, the Cleveland Institute of Art opened its doors to the public for the Spring Design Show. The showcase featured student work across all 15 majors offered at CIA, from graphic design to metals and jewelry to interior design.

The annual spring show has long been a part of the curriculum at the institution, dating back more than 50 years. It first started as a way for employers to scout out talent and only featured work done by students in the industrial design department.

Since then, the show expanded to showcase all 15 majors in the institution and has been opened to the general public. Michael Dagon, the Director of Corporate Leadership Giving and Corporate Relations, notes that the show is an opportunity for students to be able to demonstrate their skills.

In many of the pieces, students were able to apply what they learned in class to create products that the audience could use. Many students in the game design major designed playable video games. Students in the industrial design (the art focusing on the appearance the functionality of product) produced a portfolio of work that they have done during the semester.

One student, Matt McCoy, a fourth year Industrial Design major, created several  human-centered products that served the needs of lesser-abled individuals, such as a bone conduction headphones for patients with multiple sclerosis. McCoy majored in Industrial Design because he was always interested in problem solving and creating products that would be able to help others. Through this major, he has since been able to apply what he has learned to create products that would help others.

The show also featured a runway show Generate-Generation, which showcased student work across all of the departments. The show aimed to explore the intersection between design and art by exploring experimental and conceptual approaches to wearable art and design. The student-organized show featured 41 different looks made by CIA students, featuring various metal pieces and mixed-media pieces.

The stunning showcase was a truly remarkable exhibit of a variety of talent that allowed students to display their work to their peers and recruiters alike.