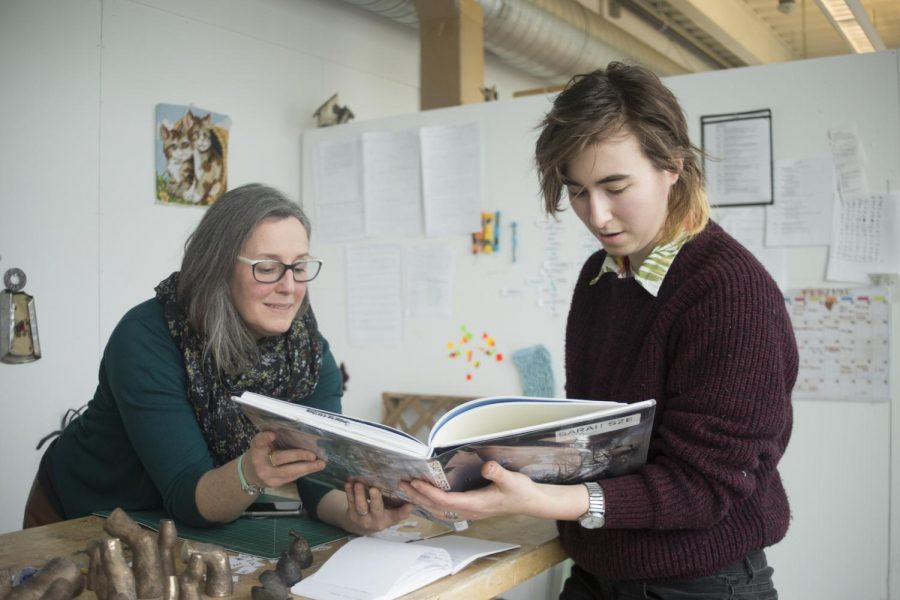 CIA students' works were judged by a jury of distinguished artists and teachers from around the country.

Professionalism is what defined the Cleveland Institute of Art’s (CIA) 72nd  annual Student Independent Exhibit at the Reinberger Gallery. Opened on Friday, Feb. 16, the exhibit features visual art created by CIA students and will remain open until Mar. 18.

What sets this exhibit apart is its mission of giving CIA students the opportunity to not only showcase their own artwork but also gain real-world experience. A beloved tradition, the event is managed exclusively by CIA students who masterfully execute the task. When walking through the Reinberger Gallery, a visitor would assume the exhibit was an extension of the Cleveland Museum of Art, and the exhibit only becomes more impressive when one realizes that college students were the organizers.

At the event, students with artwork on display emphasized how much they appreciated being able to share their work, often the product of months-long effort. One student described the creative process behind her work as one that required focus and attention to detail but still allowed her to get lost in a new world. Taking over 20 hours to complete, her detailed, two-dimensional depiction of hands was based on a collage she had made previously. For many students, their displayed works were originally part of a class project or a larger series.

A key characteristic of the exhibit was the stylistic range of the works, some incredibly lifelike and others more abstract. While most of the art was two-dimensional, there were several three-dimensional works such as an eye-catching encaged desk. In addition to the paintings, drawings and photographs, a student’s video was playing in a theater room.

While all students were encouraged to submit works for the exhibit, only 65 artists and designers were chosen to have their works featured, making the achievement more significant. Additionally, a set of three distinguished judges decided the awards. Born in Scotland and a teacher at the School of the Art Institute of Chicago, judge Claire Ashley specializes in painting, sculpture, installation and performance. The panel also included Casey Riordan Millard, an artist from Cincinnati experienced in a variety of media, and Art Werger, a professor at Ohio University renowned for his etching and aquatint.

For those interested in visiting this impressive, student-run exhibition, the Reinberger Gallery is open Saturday through Thursday from 10 a.m. to 5 p.m. and Friday from 10 a.m. to 9 p.m. In addition to the high quality of art displayed, the exhibit offers the opportunity to encounter a new and unique set of rising artists.