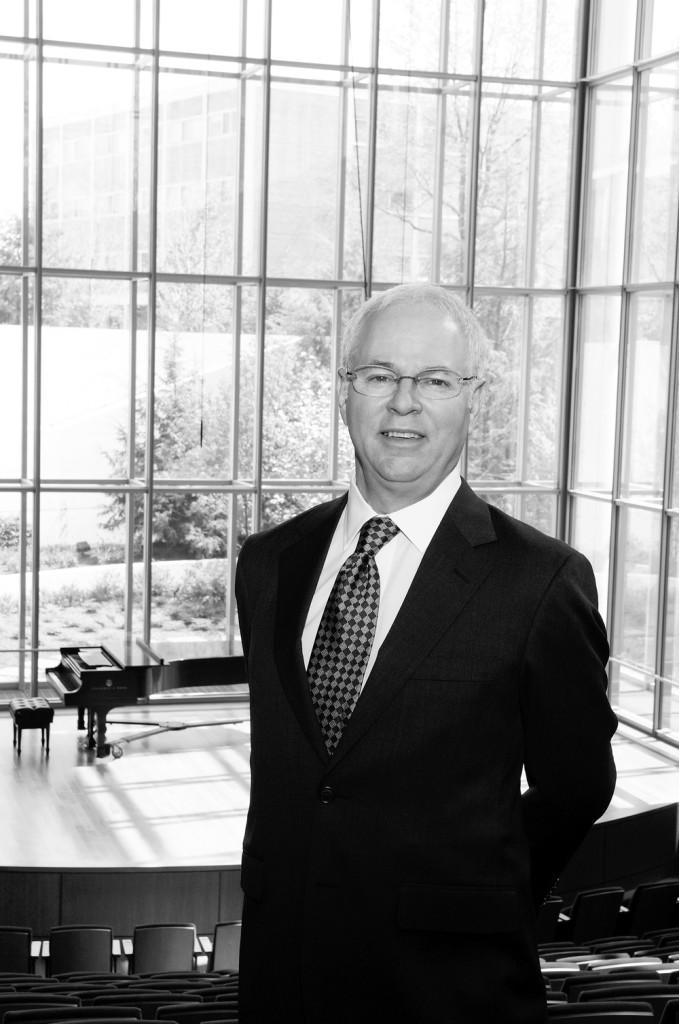 The Cleveland Institute of Music student orchestra took center stage two Wednesdays ago in a special collaboration with CIM’s new president Joel Smirnoff in a lively and dynamic program of works by Mozart, Bartók, and Beethoven. The level of playing from the orchestra, violin soloist, and conductor re-affirmed why the school is one of the leading music conservatories in the world, and why the community benefits from world-class performances that are on par with those of professional orchestras. The nearly weekly programs from the CIM orchestra under director Carl Topliow enrich the musical life in University Circle with many free concerts available to the community and to students, and showcase the talents of the school’s many young and rising musicians.

Guest conductor Joel Smirnoff, in his second year as President of CIM, is known to the musical world as the long-standing first violinist of the legendary Julliard School until the end of the 2008-2009 season, as well as for his role as Chairman of the Julliard Violin Department until his move to Cleveland. Mr. Smirnoff has also been noted for an active career in conducting since his debut with the San Francisco Symphony in 2000, and brought his energetic musical leadership to the program Wednesday night. The first half of the program, which began with Mozart’s Overture to Don Giovanni, showed the orchestra in fine form and balance, and a capacity to navigate the work’s gravitas with dramatic expansiveness.

CIM Concerto Competition winner Mason Yu was the soloist in the Bartok Violin Concerto No. 2, a demanding and optimistic work whose United States premiere was given in Cleveland in 1943 with the Cleveland Orchestra under Artur Rodzinski. Mr. Yu’s traversal of the work was masterful in its effortless virtuosity and emotional command. These qualities are all the more remarkable when noted that Mr. Yu, a freshman student of Paul Kantor, performs in equal measure as a pianist, where he also studies at CIM with Gerardo Teissonnière. Speaking of his diverse musical activities in an intermission broadcast carried live on WCLV, Yu said, “I know that I want to use music as a career but I’m still very open to career choices. I used to only wish to be a soloist, but chamber music and orchestra are also very appealing to me. The Bartók is my favorite concerto.”

Beethoven’s Sixth Symphony, “The Pastoral”, comprised the second half of the program and was a reading rich in depth and contrasts. The work depicts the artist’s exalted spiritual journey through nature, which the orchestra embraced with consummate understanding. Speaking of the collaboration, President Smirnoff remarked, “Our school enjoys the confluence of many things: our joint program with CWRU, our strength in chamber music, the smallness of our school that ensures that no one walks the hallways ‘alone’, our access in University Circle to Cleveland culture and history, our 38 members of the Cleveland Orchestra on our faculty, the list goes on…” He continued, “And believe it or not, one had a sense of all these institutional virtues coming into play as I faced our courageous, young talent at the Cleveland Institute of Music on the podium last Wednesday night. We were all making musical discoveries together that night which will bond us forever.”

The concert at CIM showed in full measure that the musical bond described extended also to those who had the privilege of attending. Those who seek more information about hundreds of free concerts at CIM and Case Western can visit cim.edu or music.case.edu.