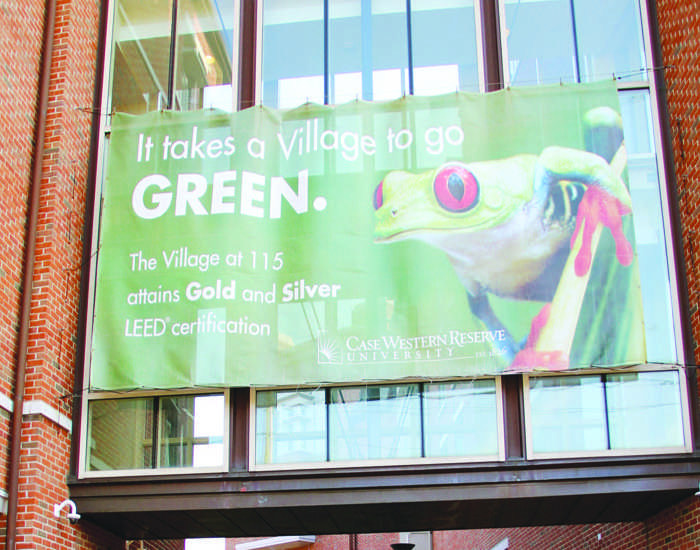 Architecture 2030, a non-profit organization dedicated to reducing the environmental impact of the building sector, is working with the Cleveland chapter of the American Institute of Architects to bring a new eye to downtown building projects.

In order to reduce the energy consumption of new and existing buildings, the Cleveland 2030 District will bring together architects and property owners in Cleveland to meet new efficiency goals aimed at promoting a healthy building sector and reducing greenhouse gas emissions.

Architecture 2030 was established in 2002 by architect Edward Mazria to combat global climate change associated with the energy use of the building sector, an area of the economy including design, construction, and maintenance of buildings. Particularly because of ongoing electrical and heating demands, buildings account for 48.7 percent of national energy consumption, according to Architecture 2030’s defined Building Sector, which combines formerly separate sectors such as residential and commercial buildings.

Transportation, for example, consumes just 28.1 percent of energy nationwide, yet it often remains the primary focus of environmental efforts aimed at reducing greenhouse gas emissions. Architecture 2030 seeks to use the private sector, supported by local governments, to meet high efficiency goals in existing and future construction. These goals include incremental decrease in energy consumption by new buildings, eventually leading to carbon neutrality in 2030.

Jon Reidy, the secretary of Cleveland 2030, indicated that Architecture 2030’s goals are rooted in a serious take on the issue of global climate change. “It is a human imperative that we change the way we build buildings, with drastic, irreversible consequences if we do not act soon,” Reidy said. He expressed hope that the industry is working diligently to make the goals of Architecture 2030 feasible.

When asked about the effects that the Cleveland 2030 District may have on the local economy, Reidy said that the positive effects could be far-reaching. “We think a vibrant 2030 District here in Cleveland would have a major impact on the local economy, directly and indirectly,” he said. “The direct impact would be a support structure of building performance auditors, architects, engineers, contractors, etc. working to convert millions of square feet of building stock.”