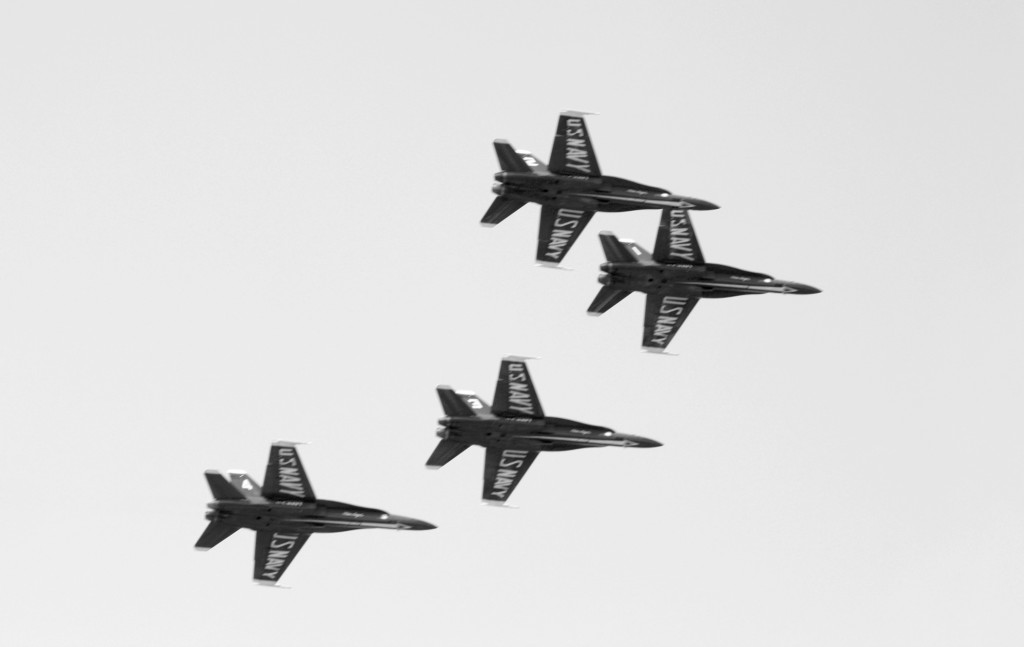 The dull roar of helicopters and booming of jets speeding over Cleveland last week may have startled some when they were first heard, but as the days passed, many heads were turning in the direction of the sounds in anticipation of catching a glimpse of one or more jets in practice or performance for the Cleveland National Air Show at the Burke Lakefront Airport. The air show has been a long time Cleveland Labor Day tradition, since its establishment in 1964. This year’s show had twenty planned performances from various stunt planes, parachuters, and a jet truck, with a featured performance by the Blue Angels squadron of the U.S. Navy at the very end. Spectators watched the skies eagerly as biplanes performed corkscrews, barrel rolls, and low dives, and Hornets twisted and turned sharply in the air. On the ground, a Shockwave truck, powered by three jet engines and traveling at speeds over 350 miles per hour, raced a plane flying at 300 miles per hour. While the Sunday and Monday weather provided excellent flying conditions, the wind and rain on Saturday grounded most of the aerial performances. The Saturday attendees were invited to return at no cost on Sunday or Monday. In spite of the gloomy Saturday weather, many aviation enthusiasts young and old still attended the show for the ground displays. Most of the aircraft on display were from out-of-state, with a number of planes and helicopters coming from the military. Attendees were allowed to enter almost all of them, and pilots and personnel were happy to explain and point out parts of the cockpit and plane. In addition to the military helicopters on display, a trailer was set up with a virtual reality mission demonstration and a helicopter simulator. Other aircraft on display included a commercial airliner, where people could enjoy the luxury of sitting in a first-class seat without having to pay a cent, a scaled down prototype of what may replace the space shuttles, and a cargo plane for a shipping company that has flown giant pandas to zoos and a whale to a theme park. For those who were unable to attend the event this year, the air show will be held next Labor Day weekend, as it has been since 1964.