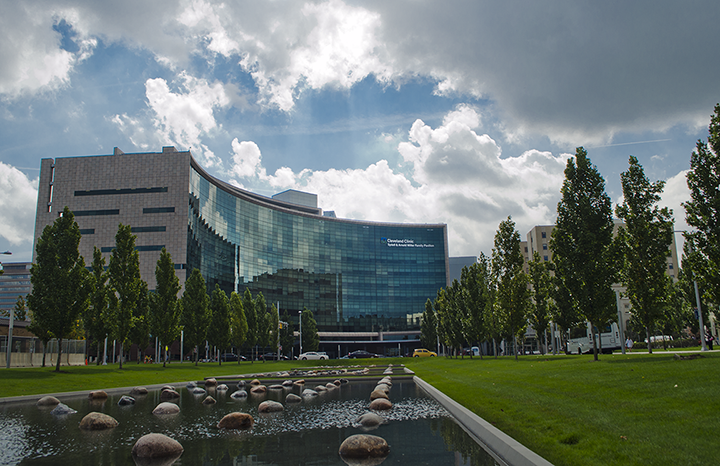 The Cleveland Clinic announced that it will be cutting its budget by five percent in the coming years. Layoff totals have not been yet announced.

Recently, Cleveland Clinic, a research partner of Case Western Reserve University, announced it will be starting a multi-year $300 million reduction in its annual budget. The five percent slash will be accompanied by the layoff of an undisclosed number of employees and was partially spurred by the hospital’s preparation for the Affordable Care Act, better known as ObamaCare. The clinic has announced that 3,000 eligible employees will be offered early retirement.

Officials emphasize that the cuts are not only due to the new healthcare law, but are also a result of overall cost reduction. In an interview with The Akron Beacon Journal, Eileen Sheil, the Clinic’s director of corporate communication, noted that layoffs won’t be considered until after next January.

Undergraduate and graduate students have long been partnered with researchers at Cleveland Clinic’s Lerner Research Institute, often applying their work-study grants to positions there. That isn’t even to mention those students who attend the Lerner College of Medicine, the Case medical school formed in collaboration with Cleveland Clinic. Are these jobs in danger?

According to Sheil, the answer, actually, is probably not. Her general impression of the effect that cuts will have on CWRU students is that it will be slim to none. Of course, the clinic will be “looking at everything” when assessing the new budget and where cuts are to be made, but student positions are expected to be relatively safe.

In regards to the new $80 million facility collaboration between Cleveland Clinic and CWRU, Sheil had no worries. “That project is pretty well-funded… it looks good.”

Students on the whole can breathe a sigh of relief – a lucky one. Budget cuts are leading to more layoffs every day.The Cleveland Clinic, ranked fourth on the hospital honor roll by the U.S. News & World Report, is not the only hospital in this situation making cuts, which includes laying off workers. Sheil recently received a report of Vanderbilt University’s hospital laying off 1,000 workers.

This is just the start; Sheil said that these budget cuts are nationwide.

The government has cut almost 10 billion dollars to Medicare in its sequester, as well as creating new laws in regard to Medicare reimbursement, leading hospitals to an inevitable reform in care given to Medicare patients.

Despite the massive controversy over the Affordable Care Act, and some very real effects that it is currently experiencing and will be having on U.S. hospitals, it is not the only or even the biggest reason for medical reform. Sheil said that there are many, many factors going into hospital budgets and reforms, not the least of which is that the system itself is outdated.

According to Sheil, hospitals are growing and expanding their realm of care, not just cutting budgets. Big causes of change in the medical world include rising levels of obesity, constantly advancing technology and an aging population that is living longer and costing hospitals more. Much of the current reform involves shift in the care given to patients, including the wide changes from outpatient to inpatient to home care in the public health sector.