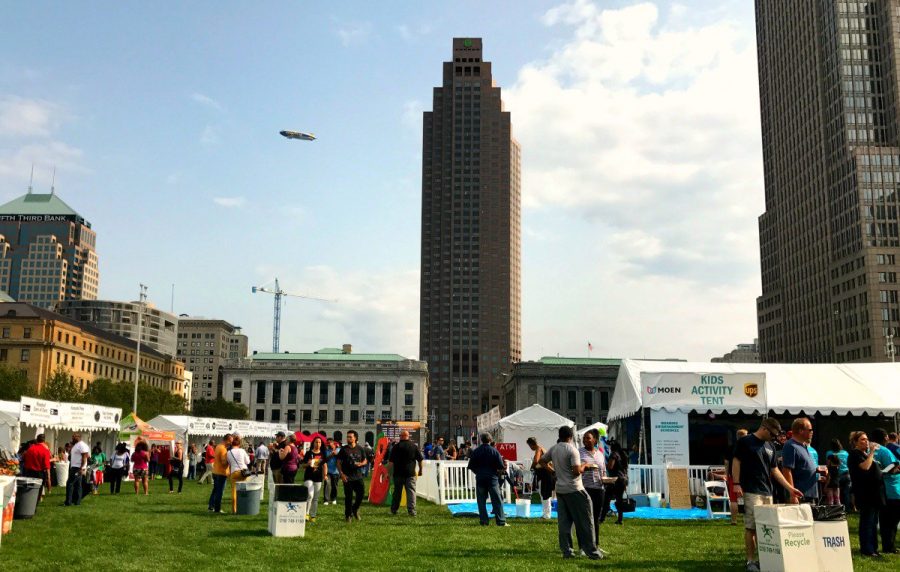 Courtesy of Cleveland Eats Twitter A scene from the 2017 edition of the Cleveland Eats Festival. This past month, festival organizers announced it would no longer continue.

A beloved Cleveland festival is no longer. The widely attended Cleveland Eats Tri-C Culinary Festival has been canceled after only two years. Michael Huff, the dean of the Hospitality Management Center at Cuyahoga Community College (Tri-C), helped launch the festival in 2017.

“Cleveland Eats began with two goals: to showcase the hospitality industry’s impact on the Northeast Ohio economy and Tri-C’s vital role in training the skilled workers needed to keep the momentum going,” he said.

Despite an impressive attendance of over 15,000 over the last two years, several factors influenced the decision to cancel the festival.

One of these factors was the decision to shift focus from the Cleveland Eats Tri-C Culinary Festival to the Small Bites, Big Dreams scholarship fundraiser. This scholarship allows students to gain hands-on experience and networking opportunities with some of the city’s most famous culinary chefs.

Furthermore, Huff explained that the schedule of the festival was overly demanding.

“The timing of Cleveland Eats also played a critical role in our decision to cancel the festival,” he said. “Staging an event that large proved challenging to our faculty and students given that it took place just after fall semester classes began.”

Huff and the committee for the Cleveland Eats Tri-C Culinary Festival thank everyone who has helped to make the festival a success. The passion for culinary arts in the city allowed for the event to be a massive success and helped to solidify Cleveland’s status in the culinary world.

Huff added, “Cleveland is home to some of the top chefs and restaurants in the United States, and—judging from what I see in our classrooms—more are on the way. Make a reservation today and see what everyone is raving about.”