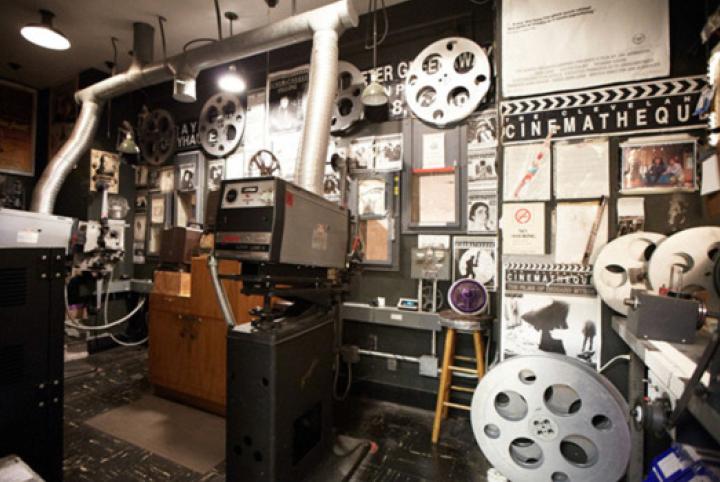 For a college student, getting to the movie theaters can be a hassle. Even nearby locations like the Cedar Lee Theatre may be intimidating to travel to for those unfamiliar with public transportation in Cleveland. However, University Circle residents are in luck, as a world-class movie theater sits in the middle of the Cleveland Institute of Art (CIA) campus.

Originally founded in 1986, the CIA Cinematheque at 11141 East Boulevard has spent the past 27 years bringing a wide variety of films from all eras and nations to the general public. The Cinematheque has also hosted a variety of special events, ranging from silent films accompanied by live music to Turner Classic Movies host Robert Osborne and actress Eva Marie Saint hosting a live discussion with the audience prior to a screening of “North By Northwest.”

The theater offers discounted admission for those under the age of 25 and hosts a variety of different independent, classic and foreign films most days of the week, but it is also frequently host to longer film series focusing on the work of a single filmmaker. For most of September and October, the filmmaker in question is acclaimed Japanese director Hayao Miyazaki, the creator behind films such as “My Neighbor Totoro” and “Spirited Away.”

Miyazaki specialized in animated films that have weathered the test of time. Although animation is frequently derided as an artistic medium by those who think it is only appropriate for children’s works or raunchy adult television shows, Miyazaki’s 50-year animation career has continually transcended popular perceptions of the medium, leading many commentators to refer to him as Japan’s answer to Walt Disney. Miyazaki has been making films since the 1970s, beginning with “The Castle of Cagliostro,” a film based on the long-running, popular anime “Lupin III.”

Miyazaki soon moved onto original films, and it is here that the traditional hallmarks of his films, as well as his own personal interests, first surfaced: a fascination with airplanes, concern over war and environmental issues, a tendency for the protagonists to be young women and a tendency for there to be few, if any, black-and-white morality issues at stake. The last two points are probably those that make his work stand out the most in contrast to the films of the Walt Disney company, for unlike the average Disney feature, there are very few Studio Ghibli films that feature any “evil” characters. Many like “My Neighbor Totoro” don’t have villains in them at all, while those that do often deal with the fact that even antagonists are motivated by something and might simply be either misunderstood or are misunderstanding the situation themselves. To those who are only used to the noisy, bellicose good-guy-versus-bad-guy nature of many American films, or even most other Japanese cartoons, it is an illuminating and welcome contrast.

The Cinematheque previously presented a slightly shorter series of Miyazaki films last fall in the original Japanese with English subtitles, but the nine films that will be shown this autumn are new 35 mm prints with the Walt Disney-directed English dubs.

Dubbing has progressed quite a lot since the days of “Godzilla” and other films being butchered in translation, but it is still controversial among film enthusiasts, similar to how the colorization of black-and-white films is opposed by many movie lovers. English-language dubs of Hayao Miyazaki’s films in particular have existed since the mid-1980s, but the director was not always happy with the end result. In fact, the first time one of his films was released for an American audience (1984’s “Nausicaa of the Valley of the Wind”, re-titled “Warriors of the Wind” for the English dub), over 21 minutes of the film were cut, supposedly to make it more marketable to children. The remainder of the film was mangled so badly in translation that Miyazaki vowed at the time to never let any of his films be dubbed ever again.

He has had a change of heart since then, but only with the stipulation that the films themselves not be cut or edited in any way. His studio even mailed a katana to Harvey Weinstein’s office after the Miramax executive had inquired about whether he could make cuts in “Princess Mononoke” to make it more marketable. Fortunately, attitudes have changed since the 1980s, and film studios generally treat foreign language material with a good deal more respect. Since Disney gained the rights to release English dubs of the Studio Ghibli catalogue, the reaction from audiences and critics has generally been very positive, though there have been a couple minor changes to the dialogue in some of the films that have attracted some controversy. Still, for anyone who has heard a lot about the films of Hayao Miyazaki and is looking for a good place to start, the new Disney dubs may be the most accessible way to go about introducing the movies to a wider audience.

For those who prefer subtitled foreign language films, or who are interested in the work of less famous international filmmakers, the Cinematheque has films in the coming months to suit those tastes too, including a four film run of obscure Japanese movies that will be covered more in-depth in a future issue of The Observer. For a complete listing of upcoming films and prices, autumn schedules for The Cinematheque can be found online, in Strosaker Auditorium’s atrium or various other venues around University Circle.